According to Turboatom, the actions of Biscone Limited, the ultimate beneficiary of which is a citizen of the Russian Federation, endanger the successful operation of the enterprise and its existence as a whole. 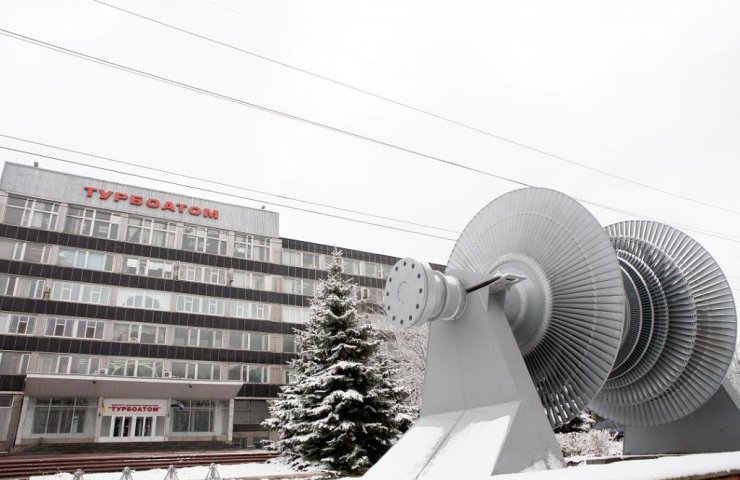 Turboatom JSC reported that the decision of the economic court of the Kharkiv region of 04/26/2021 completely blocked the process of payment of dividends to the shareholders of the enterprise. This decision was made to secure a still pending claim from the shareholder of the company, BISCONE LIMITED, a limited liability company affiliated with the Russian holding PJSC Power Machines, the actual owner of which is Alexey Mordashov.

“Both he and Power Machines are included in the sanctions lists of the NSDC (decisions of the NSDC of 06/21/2018 and of 03/19/2019, approved by the relevant decrees of the President of Ukraine No. 176/2018 and No. 82/2019). These decisions were one of the reasons why Turboatom did not pay dividends in their favor. In turn, BISCONE LIMITED filed a lawsuit to recover almost UAH 161 million in dividends from Turboatom JSC. BISCONE LIMITED also submitted to Turboatom a demand for a mandatory buyback of shares in the amount of UAH 194 million, ”the press service of Turboatom explained.

Turboatom said that the seizure of almost 355 million hryvnia from the enterprise could lead to bankruptcy. In addition, such actions potentially pose a threat to the energy security of Ukraine.

Turboatom JSC appealed to the President of Ukraine Volodymyr Zelensky and the Prime Minister of Ukraine Denis Shmyhal with a request to initiate, before the National Security and Defense Council of Ukraine, the application of adequate restrictive measures against BISCONE LIMITED, provided for by the Law of Ukraine "On Sanctions".

Turboatom is the only Ukrainian manufacturer of turbine equipment for hydro, thermal and nuclear power plants. The geography of supplies of the enterprise covers 45 countries of Europe, Asia, America and Africa.

As of the fourth quarter of 2019, the state represented by the State Property Fund of Ukraine owns more than 75.22% of the shares of the JSC. A large minority shareholder (15.34% of shares) is the Seventh venture investment fund managed by AMC Svarog Asset Management, which is associated with businessman Konstantin Grigorishin. Another 5.598% is owned by Cyprus-registered Biscone Ltd.

Финансовая аналитика, прогнозы цен на сталь, железную руду, уголь и другие сырьевые товары. More news and analytics on Metallurgprom telegram channel - subscribe to get up-to-date market information and price forecasts faster than others.
Сomments
Add a comment
Сomments (0)
On this topic
At Turboatom presented the achievements of the economy of Ukraine in the last 100 days
A new lawsuit for "Gazprom": what does "Naftogaz" in the Stockholm arbitration?
Dmitry Firtash regained the right to purchase a 51% stake in the Zaporozhye Titanium and Magnesium
The enterprise based on Turboatom and Electrotyazhmash will be directly subordinate to the
One of the largest lithium deposits in Ukraine returned to the disposal of the state
Ukrainian buyers of Chinese steel won arbitration in Suzhou and thank the court for impartiality
Recommended:
Dneprovsky Metallurgical Plant continues to operate rolling shops using tolling raw materials
British Steel considers cutting up to 1,200 jobs at Scunthorpe
UK is ready to give 300 million pounds to save British Steel
News Analytics
Eurofer expects EU steel demand to fall 4.6% in 2022 and 1.6% in 202305-02-2023, 13:31
EU Green Deal should encourage investment in mild steel projects: Eurofer02-02-2023, 16:32
Belarusian steel plant to operate at full capacity from February02-02-2023, 16:56
British Steel considers cutting up to 1,200 jobs at Scunthorpe02-02-2023, 11:50
Electric vehicles will play a key role in US aluminum production growth - Norsk01-02-2023, 12:17
European stainless steel producers ready to raise prices31-01-2023, 16:16
S&P: Russia will continue to dominate the steel export market in the Black05-01-2023, 11:22
Fitch Analysts Predict Big Drop in Global Steel Consumption This Year14-12-2022, 13:59
Analysts predict 5% annual growth in the iron casting market through 203006-12-2022, 12:44
Commodity prices will fall, metals quotes will rise slightly - Focus Economics28-11-2022, 13:28
Sign in with: