The company assures that this has nothing to do with the denunciation of the tax agreement with the Netherlands in the Russian Federation, calling it a coincidence. 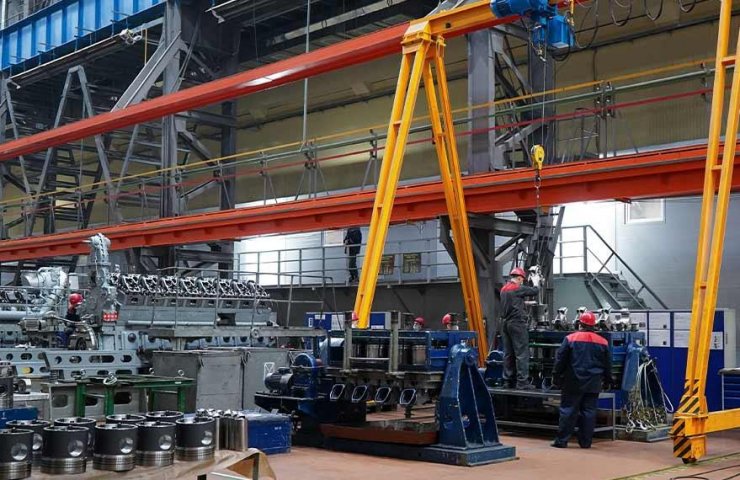 Transmashholding (TMH, 20% of shares belong to the French concern Alstom) changed its ownership structure, refusing to register its parent company in the Netherlands: however, the group argues that this has nothing to do with the denunciation of the tax agreement between the Russian Federation and this country. p>

“We had a holding company, it was registered in the Netherlands - it was the only desire of Alstom, which also has its own corporate office there, and they build all subsidiaries through the Netherlands,” TMH CEO Kirill Lipa told Interfax on the sidelines Petersburg International Economic Forum.

“But we left the Netherlands. ... The formal decision of the court has already been made - we are now waiting for exclusion from the register, ”said the top manager. “This process began a long time ago, and it coincided miraculously. It turned out that we acted presciently, "he said.

“Therefore, the process of denunciation, fortunately, will not affect us in any way. We have a joint stock company with Alstom now registered in Cyprus (Transmashholding Ltd). All relevant agreements have been signed with Cyprus, I do not see any problems, ”Lipa said.

Commenting on the possible denunciation of the tax agreement with Switzerland, the head of Transmashholding said that this "story is generally insignificant."

“TMH International is registered with us - it acts as a holding and management company for our international assets. And today the financial and dividend flow has been built in such a way that we have no problems. As the tax system changes further, we will react, ”he said.

Transmashholding is the largest Russian manufacturer of rolling stock for rail transport. The group's enterprises are located in St. Petersburg, Bryansk, Penza, Tver, Moscow, Rostov and Saratov regions, as well as in Switzerland, Hungary, South Africa, Egypt, Argentina, Belarus and Kazakhstan. The service block of the group is represented by the legally independent Lokomotivnye Tekhnologii holding.

In Ukraine, since 2016, sanctions have been introduced against Transmashholding, which owns PJSC Luganskteplovoz in Ukraine (registered in Severodonetsk, Luhansk region). They include the blocking of assets - a temporary restriction of the right to use and dispose of the property belonging to it, restriction of trading operations on the territory of Ukraine, preventing the withdrawal of capital from the country.

Финансовая аналитика, прогнозы цен на сталь, железную руду, уголь и другие сырьевые товары. More news and analytics on Metallurgprom telegram channel - subscribe to get up-to-date market information and price forecasts faster than others.
Сomments
Add a comment
Сomments (0)
On this topic
"Metinvest " with affiliated companies became the owner of 100% of "Zaporozhogneupor
Ukraine will strengthen interaction with the US Internal Revenue Service
The United States launched an investigation into the compliance of the Russian economy with market
Smart Holding and Dragon Capital agree to sell Unex Bank
Thyssenkrupp will lay off 11,000 people to stop losses rising to 1.6 billion euros
Elon Musk explained the rise in prices for Tesla by the increase in costs for rolled metal and
Recommended:
China to halve ferroalloy production due to weak demand
Ukraine and the United States announced cooperation in the field of small modular nuclear reactors
Zaporizhstal summed up the results of production in October 2022
News Analytics
China's iron ore output to rise in 2023 as new projects are launched30-11-2022, 18:10
"Centravis" agreed to supply a new batch of seamless pipes to a30-11-2022, 16:51
Metinvest enterprises in Ukraine resumed work after massive shelling of29-11-2022, 11:59
The European Council added the violation of restrictive measures (sanctions) to28-11-2022, 14:22
The abolition of export duty in India may reduce the price of Turkish steel28-11-2022, 14:07
Commodity prices will fall, metals quotes will rise slightly - Focus Economics28-11-2022, 13:28
Platinum market to face shortage next year - WPIC22-11-2022, 18:25
Global steel demand falls and will fall by 2.3% in 2022: WorldSteel19-10-2022, 23:12
Iron ore prices fall to 11-month low15-10-2022, 10:36
China production cuts in winter will give limited boost to steel markets -15-09-2022, 10:09
Sign in with: