In a statement from the US Department of Commerce, it is said that an investigation into the market economy of the Russian Federation was launched in the course of an anti-dumping analysis of the supply of ammonium nitrate from Russia. 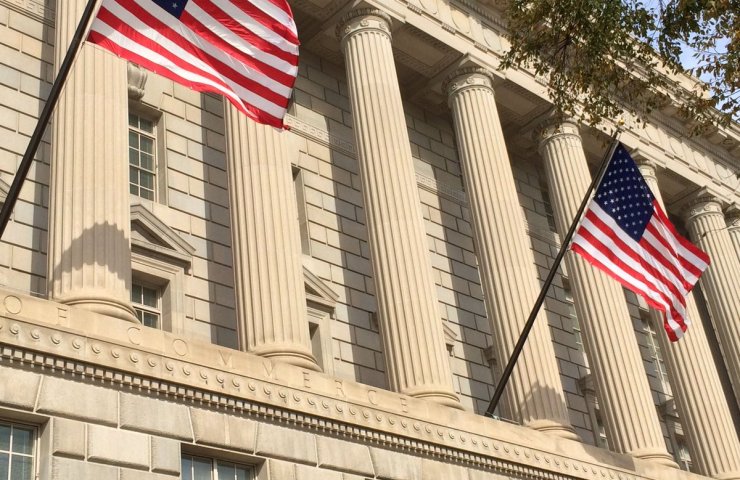 As part of an investigation into the underestimation of the fair value of solutions of ammonium nitrate of urea originating from the Russian Federation, the US Department of Commerce found that there was sufficient evidence to investigate the issue of continuing to view Russia as a country with a market economy. This is stated in US Department of Commerce statement published in the official US government Federal Register.

The US Department of Commerce refers to the tariff law of 1930, which sets out the criteria for classifying a country as a country with a market economy. The law contains 6 criteria, the compliance with which makes it possible to recognize the market economy. If the country's economy does not meet some criterion, then the authorized body (that is, the Ministry of Commerce) can qualify the country as a non-market one.

The United States has awarded Russia the status of a country with a market economy since April 1, 2002.

Финансовая аналитика, прогнозы цен на сталь, железную руду, уголь и другие сырьевые товары. More news and analytics on Metallurgprom telegram channel - subscribe to get up-to-date market information and price forecasts faster than others.
Сomments
Add a comment
Сomments (0)
On this topic
Severodonetsk Azot Group DF increased the production of mineral fertilizers by one and a half times
Modernization of the non-concentrated nitric acid workshop is completed at Rivneazot
Novolipetsk Iron and Steel Works filed a lawsuit against the U.S. Steel worth $ 100 million
The United States launched an investigation into the import of Mexican rebar
The world trade organization has ruled against Russia in favor of Ukraine
US may end investigation into carbon steel imports from Russia and Ukraine
Recommended:
India plans measures to stimulate domestic steel exports
The United States imposed a ban on the import and sale of equipment from Huawei, ZTE and a number of other Chinese companies
ArcelorMittal invests $25 million in nuclear technology development
News Analytics
China's iron ore output to rise in 2023 as new projects are launched30-11-2022, 18:10
"Centravis" agreed to supply a new batch of seamless pipes to a30-11-2022, 16:51
Metinvest enterprises in Ukraine resumed work after massive shelling of29-11-2022, 11:59
The European Council added the violation of restrictive measures (sanctions) to28-11-2022, 14:22
The abolition of export duty in India may reduce the price of Turkish steel28-11-2022, 14:07
Commodity prices will fall, metals quotes will rise slightly - Focus Economics28-11-2022, 13:28
Platinum market to face shortage next year - WPIC22-11-2022, 18:25
Global steel demand falls and will fall by 2.3% in 2022: WorldSteel19-10-2022, 23:12
Iron ore prices fall to 11-month low15-10-2022, 10:36
China production cuts in winter will give limited boost to steel markets -15-09-2022, 10:09
Sign in with: