KAMAZ increased production of trucks by 26% in January-May

General Director of KAMAZ Sergey Kogogin noted that the company intends to increase the sales plan for 2021. 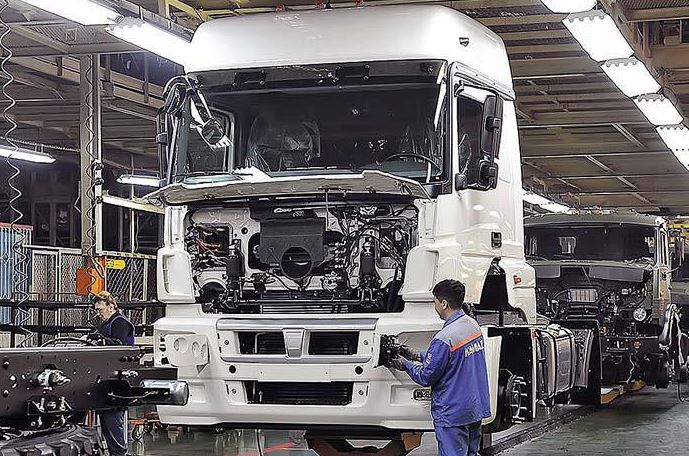 In May, taking into account holidays and corporate holidays, 2,712 cars were produced in 14 working days, which is 10% more than a year ago.

Engine Plant and JV "Cummins Kama" produced and delivered to the main assembly line of the automaker and its other customers 3,032 engines and power units against 2,961 a year earlier. Since the beginning of the year, they have produced 18,562 motors for cars and other equipment, which is 24% more than in 2020.

In January-April 2021, KAMAZ increased shipments of vehicles to customers in annual terms by 29.7%, to 14,258 units. General Director of KAMAZ Sergey Kogogin said that the company intends to increase its sales plan for 2021. The current one assumes the sale of 37,000 trucks, including 32,000 in Russia.

Against the background of the positive results of the first quarter, KAMAZ in April already announced an increase in the production plan for the current year by 13%, to 39 thousand vehicles.

Финансовая аналитика, прогнозы цен на сталь, железную руду, уголь и другие сырьевые товары. More news and analytics on Metallurgprom telegram channel - subscribe to get up-to-date market information and price forecasts faster than others.
Сomments
Add a comment
Сomments (0)
On this topic
KAMAZ refused from planned corporate vacation in 2022 due to large production load
KAMAZ intends to double the production of electric buses
KAMAZ presented a compact city electric vehicle "KAMA-1"
KAMAZ has begun testing drone at the plant
KAMAZ to open an iron casting plant in Kostanay
KAMAZ presented the first Russian hydrogen fuel cell bus
Recommended:
The European Commission plans to create a European hydrogen bank with a budget of 3 billion euros
Purchase of gold products from the company "Basis Gold"
Steel market in Europe expects big production cuts due to weak demand
News Analytics
The production of passenger cars in Russia decreased by 2.8 times in eight29-09-2022, 11:19
Donetsk and Torez electrotechnical plants will start producing electrical29-09-2022, 11:37
Ukrainian coking plants reduced gross coke production by 55.2%29-09-2022, 11:28
China ramps up investment in transport to bolster economy29-09-2022, 11:33
The heads of mining companies named the main risks for business29-09-2022, 10:03
China production cuts in winter will give limited boost to steel markets -15-09-2022, 10:09
Steel prices may rise as manufacturers stop production11-09-2022, 14:06
IREPAS: The global long products market is in a "dramatic situation"10-09-2022, 20:49
Steel prices are unlikely to rise significantly in the near future - analysts02-09-2022, 22:58
Steel prices may move up on new data from China31-08-2022, 12:19
Sign in with: