According to Rosstat, the cost of new domestic-assembled cars has grown by 7.09% since the beginning of the year, and for foreign cars - by 7.2%. 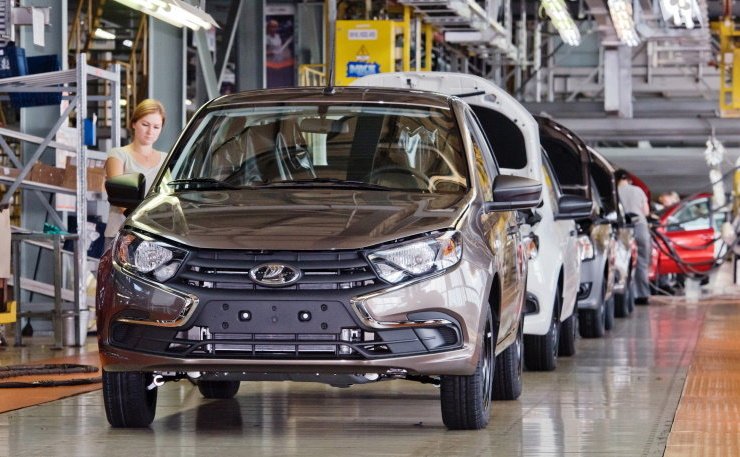 Prices for standard configurations of modifications of the most popular and most budget model Lada Granta have been increased from 1.9% to 2.3%. The Lada Vesta sedan has risen in price by 2%. Lada Xray and Largus modifications have risen more sharply - by an average of 3.6%.

The July rise in prices was the fourth for the company since the beginning of the year and is associated with an increase in metal prices. As the head of AvtoVAZ noted, steel occupies a significant percentage both in mass and in the cost of a car, therefore, prices for it affect the final cost of products. Previously, the company tried to negotiate with metallurgists on discounts on raw materials.

According to him, "steel occupies a significant percentage both in the mass and in the cost of the car", without specifying the indicators by shares, and said that in the current situation “AvtoVAZ will in no way be able to somehow swallow or compensate for the impact of the current and ongoing increase in steel prices. These prices have a significant component in the retail value of our products. We expect that their level will return, or at least stabilize somewhat, decreasing by the end of the year, "said More.

According to Rosstat data on the consumer price index, the cost of new domestically assembled passenger cars has grown by 7.09% since the beginning of the year, and for foreign cars - by 7.2%. In May, prices for cold-rolled steel rose by almost 17% compared to April.

Финансовая аналитика, прогнозы цен на сталь, железную руду, уголь и другие сырьевые товары. More news and analytics on Metallurgprom telegram channel - subscribe to get up-to-date market information and price forecasts faster than others.
Сomments
Add a comment
Сomments (0)
On this topic
LADA Granta sales increased by one and a half times over the year
AVTOVAZ started production of a new LADA Niva Travel
LADA in half a year has increased sales of cars in Russia to 200 thousand units
AVTOVAZ began the production of SUV under the brand name LADA
LADA increased sales of new cars in February by 13.1%
LADA has set an absolute record for the number of cars sold per month
Recommended:
The European Commission plans to create a European hydrogen bank with a budget of 3 billion euros
Profit growth in Chinese automotive industry hits 80% in July
Steel prices may move up on new data from China
News Analytics
Moody's changed the outlook for the global mining industry to26-09-2022, 19:04
Russia may increase taxation of oil, gas, coal and fertilizers26-09-2022, 15:58
UK steel production hits record low this year26-09-2022, 15:07
Ukrainian court invalidated sale of Ferrexpo Plc shares in 200222-09-2022, 12:45
EU Commission not doing enough to save aluminum industry - associations21-09-2022, 11:07
China production cuts in winter will give limited boost to steel markets -15-09-2022, 10:09
Steel prices may rise as manufacturers stop production11-09-2022, 14:06
IREPAS: The global long products market is in a "dramatic situation"10-09-2022, 20:49
Steel prices are unlikely to rise significantly in the near future - analysts02-09-2022, 22:58
Steel prices may move up on new data from China31-08-2022, 12:19
Sign in with: