The agreement is aimed at accelerating the development of technologies based on natural gas in the field of hydrogen energy. 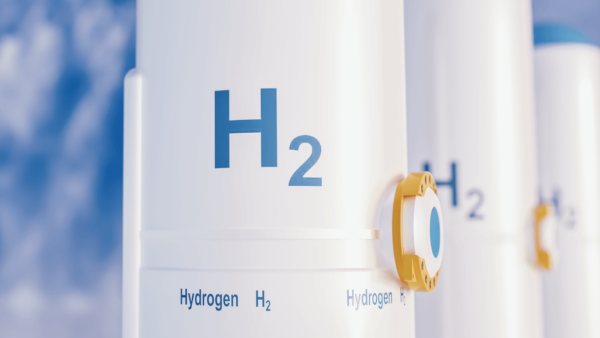 The agreement, in particular, is aimed at accelerating the development of technologies based on natural gas in the field of hydrogen energy, the creation of pilot projects.

In accordance with the document, Gazprom will develop and submit a roadmap for approval to the Government of the Russian Federation. It will define targets for technological development, as well as an action plan to achieve them.

Gazprom and the Government of the Russian Federation will implement the roadmap jointly, with the involvement of stakeholders.

On August 5, 2021, by order of the Russian government, the Concept for the Development of Hydrogen Energy was approved.

Stage 1 of the program is designed for the next 3.5 years:

The following stages are planned:

The draft agreement with Gazprom was approved by the Russian government in September 2021.

Финансовая аналитика, прогнозы цен на сталь, железную руду, уголь и другие сырьевые товары. More news and analytics on Metallurgprom telegram channel - subscribe to get up-to-date market information and price forecasts faster than others.
Сomments
Add a comment
Сomments (0)
On this topic
Russia can produce 3.5 million tons of hydrogen per year with a global market of 25 million tons -
Gazprom Neft plans to double hydrogen production in 2024
Norilsk Nickel, Rosatom and DTSSS signed an agreement on the design and construction of an LNG
Russia did not mind replacing natural gas with hydrogen in Ukrainian transit in 2035
The energy Minister said on completion, "Nord stream 2" for a few months
The first hydrogen bus may appear in Moscow in one or two years
Recommended:
Household appliance manufacturer Indesit and Hotpoint leaves Russia
Ferroalloy enterprises of Ukraine in total reduced output by 24.9%
The activities of the machine-building holding KONE in Russia will be terminated
News Analytics
The Belarusian steel plant was visited by the Ambassador of Kazakhstan to06-07-2022, 17:44
US steel prices fall to December 2020 levels06-07-2022, 13:40
Interpipe mastered a new type of railway wheels for the EU market06-07-2022, 12:15
Tesla in the second quarter reduced the supply of cars by 18%04-07-2022, 10:24
Steel prices fall due to weakening European demand and problems in China04-07-2022, 10:40
High iron ore shortage could halt metallurgy's green transition28-06-2022, 14:02
Price volatility hits global steel market27-06-2022, 19:28
Recovery in China could be key to rising global steel prices - MEPS24-06-2022, 14:00
Conflict in Ukraine spurs Europe's drive for clean energy03-06-2022, 12:14
US steel market sentiment becomes more price neutral05-05-2022, 10:15
Sign in with: