As part of the agreement, the parties, in particular, will seek to extend the agreement between Russia and Ukraine on the transit of Russian gas through the Ukrainian GTS for another 10 years, and in case of aggression from Russia, they will undertake to impose sanctions on energy exports. 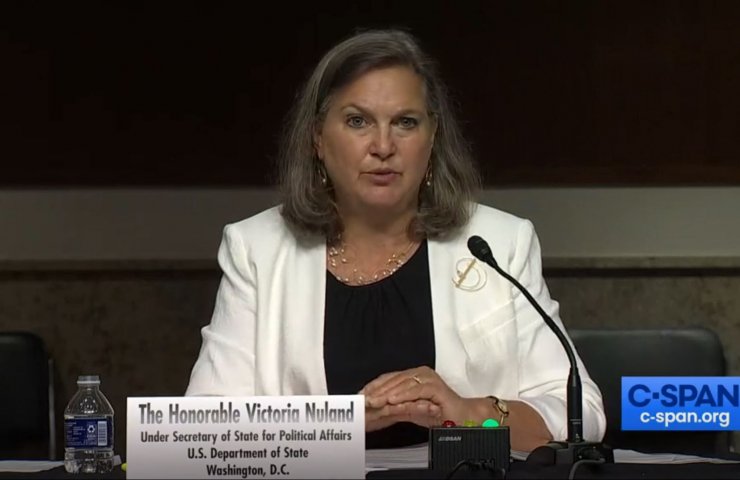 The United States and Germany have reached an agreement designed to provide Ukraine with guarantees of gas transit after the launch of Nord Stream 2, US Deputy Secretary of State Victoria Nuland said during a report to the US Senate Foreign Affairs Committee.

In particular, Germany will be obliged to seek an extension of the contract for the transit of Russian gas through Ukraine for another 10 years after 2024. At the same time, Germany will seek sanctions against Russia if Moscow starts using energy resources to put pressure on other countries.

Germany and the United States will jointly help Ukraine to diversify energy sources, Washington and Berlin will provide financial support to Kiev for this.

“The US and Germany have made significant efforts to help diversify Ukraine's energy supplies and sources, with specific dollar and euro amounts,” said the US Undersecretary of State.

Reports of the agreement drew immediate backlash from legislators in both Germany and the United States.

Republican Senator Ted Cruz said the reported deal would be "a geopolitical generational victory for Putin and a disaster for the United States and our allies." Cruz and other lawmakers are outraged that Biden has waived congressional sanctions against the pipeline.

Some US lawmakers have already introduced an amendment that will prevent the Biden administration from continuing to waive sanctions, although prospects for adoption remain uncertain.

US officials have tried to reassure lawmakers that the Biden administration reserves the right to enforce sanctions on an individual basis under US law.

In Germany, senior members of the green environmentalist party called the agreement a “bitter failure in climate protection” that will benefit Russian President Vladimir Putin and weaken Ukraine.

"At a time when Putin is putting massive rhetorical and military pressure on Ukraine and again questioning the country's sovereignty, Washington and Berlin are sending the wrong signals to Moscow," said Oliver Crisher, deputy chairman of the party's parliamentary group, and Manuel. Sarrazin, a spokesman for Eastern European politics.

Финансовая аналитика, прогнозы цен на сталь, железную руду, уголь и другие сырьевые товары. More news and analytics on Metallurgprom telegram channel - subscribe to get up-to-date market information and price forecasts faster than others.
Сomments
Add a comment
Сomments (0)
On this topic
Gazprom reacted to the refusal of Naftogaz of Ukraine to buy Russian gas with the words "no
US urges Ukraine not to criticize Nord Stream 2 deal - Politico
Who will freeze first, if Ukraine will stop the transit of Russian gas?
The transit of Russian gas through Ukraine will continue on terms acceptable to all parties –
US to impose sanctions against Nord Stream 2 by the end of the year
The security threats from the launch of Nord Stream 2 cannot be compensated for - Naftogaz
Recommended:
Purchase of gold products from the company "Basis Gold"
European non-ferrous metal producers demand action on rising energy prices
China production cuts in winter will give limited boost to steel markets - Platts
News Analytics
British Steel owner asks government for financial support05-10-2022, 13:05
The price of gold crossed the mark of 1700 dollars05-10-2022, 13:28
US coal prices top $20004-10-2022, 10:16
Tata Steel merger plan to secure long-term profits03-10-2022, 10:46
US hydrogen prices to drop to zero dollars per kg in 5 to 6 years: Platts02-10-2022, 21:53
China production cuts in winter will give limited boost to steel markets -15-09-2022, 10:09
Steel prices may rise as manufacturers stop production11-09-2022, 14:06
IREPAS: The global long products market is in a "dramatic situation"10-09-2022, 20:49
Steel prices are unlikely to rise significantly in the near future - analysts02-09-2022, 22:58
Steel prices may move up on new data from China31-08-2022, 12:19
Sign in with: