They also said that the virtual reverse of Russian gas to Ukraine, after stopping transit to Hungary, goes through Slovakia and Poland. 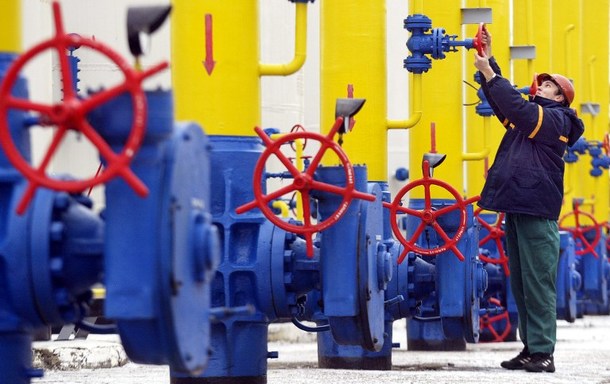 According to the head of the Operator of the Gas Transportation System of Ukraine Serhiy Makogon, the insignificant flow of gas from Ukraine to Hungary is not transit, but the re-export of gas by European traders, which they stored in Ukrainian underground storage facilities.

“The press is spreading information that Gazprom has resumed gas transit through Ukraine to Hungary. This is not true. So, now there is an insignificant flow of gas from Ukraine to Hungary, but this is not transit, but the re-export of gas by European traders, which they stored in Ukrainian UGS facilities, "Makogon wrote at your Facebook page .

He also explained to his readers in the comments that the virtual reverse of Russian gas from Hungary, which Ukraine took into account to pump gas into its storage facilities, is available in all directions where there is a transit flow. “Now these are Slovakia and Poland,” said the head of the GTS Operator.

"If a company receives gas through Ukraine, it can continue to use the pipeline that comes from Ukraine, and the current supply data shows that today the same amount of gas is supplied from Ukraine as through the new pipeline from Serbia," they noted in FGSZ.

The Hungarian operator said that in addition to Gazprom, dozens of trading companies supply gas to Hungary, which can also use the Ukrainian pipeline.

On October 1, the Russian "Gazprom" began to fulfill its obligations under the contract with Hungary. From that day on, gas supplies started through the Balkan Stream gas pipeline and pipelines in South-Eastern Europe. Operator GTS of Ukraine reported that the Russian gas company from October 1 suspended gas transit to Hungary through Ukraine. Transit through the Ukrainian territory then fell almost four times, and on October 2 - another two times. It completely stopped on October 3rd.

Финансовая аналитика, прогнозы цен на сталь, железную руду, уголь и другие сырьевые товары. More news and analytics on Metallurgprom telegram channel - subscribe to get up-to-date market information and price forecasts faster than others.
Сomments
Add a comment
Сomments (0)
On this topic
Who will freeze first, if Ukraine will stop the transit of Russian gas?
The transit of Russian gas through Ukraine will continue on terms acceptable to all parties –
Is it possible to replace Russian gas in the Ukrainian GTS with "green" hydrogen?
Gazprom reacted to the refusal of Naftogaz of Ukraine to buy Russian gas with the words "no
The head of Naftogaz warned of possible discrediting of the Ukrainian gas transportation system for
Hungarian Foreign Ministry summoned the Ukrainian ambassador with accusations of "violation of
Recommended:
World steel prices have moved from a protracted fall to growth
Voestalpine invests 100 million euros in the reconstruction of the hot-dip galvanizing lines in Linz
Chinese steel mills to suspend several production lines in August
News Analytics
Salzgitter invests 700 million euros in mild steel production13-08-2022, 10:44
Evraz decided to get rid of its assets in the US and Canada13-08-2022, 09:10
S&P and Fitch consider Ukraine's agreement to defer payments on public debt13-08-2022, 09:59
Demand for electric vehicles in Ukraine shows "crazy" growth -13-08-2022, 09:07
Director General of Ukrhydroenergo initiated the construction of new bomb13-08-2022, 09:31
The US market may begin a collapse in prices for thick sheet14-07-2022, 09:39
High iron ore shortage could halt metallurgy's green transition28-06-2022, 14:02
Price volatility hits global steel market27-06-2022, 19:28
Recovery in China could be key to rising global steel prices - MEPS24-06-2022, 14:00
Conflict in Ukraine spurs Europe's drive for clean energy03-06-2022, 12:14
Sign in with: