For the first time, the United States signaled its readiness to begin a dialogue on lifting the sanctions on Nord Stream 2, German media said. 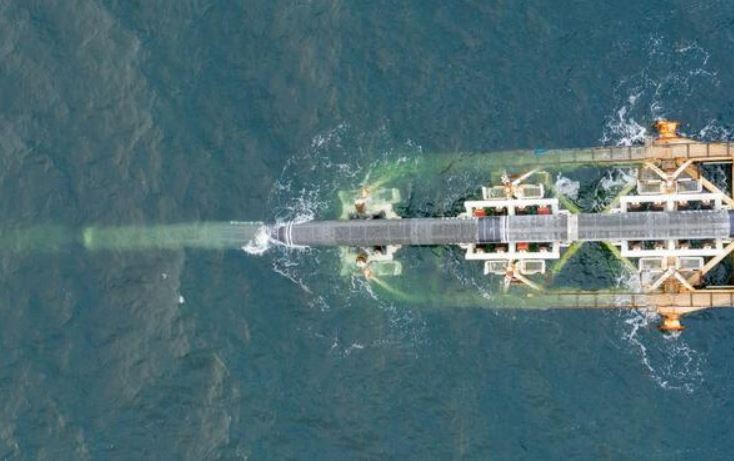 The new US administration is signaling that it is ready to talk about ending US sanctions on the controversial Baltic gas pipeline from Russia to Germany. However, the Americans expect that the German side will also take certain steps towards the United States.

The Germans should offer a batch solution, said in interview to the German edition Handelsblatt one of the US officials who participated in the negotiations. “Otherwise, we will not be able to solve the problem of Nord Stream 2,” the source added.

As noted by Handelsblatt, the Americans are interested in the issue of the gas pipeline being linked to a mechanism that will prevent further growth of Europe's dependence on Russian gas and the termination of transit supplies through Ukraine.

According to the newspaper, German Chancellor Angela Merkel discussed the topic of "Nord Stream 2" by phone with US President Joe Biden, although this point was not mentioned in the official statement of the German government following the conversation.

Recommended:
Global steel price increases will be short-lived - Fitch Ratings
PJSC "Energomashspetsstal" worked in 2020 without injuries
NKMZ will ship the third cooler to Poltava GOK
On this topic
Akademik Chersky arrives at the Nord Stream 2 pipe-laying site
German politicians increased pressure on Merkel demanding sanctions against the Nord Stream 2 gas
Merkel will not be able to refuse to implement the project "Nord Stream 2" - Bloomberg
The refusal of Merkel to attend the summit of G-7 may be associated with the "Northern stream-2"
The Swiss-Dutch company Allseas stopped the construction of the "Nord stream-2"
US sanctions can stop the construction of the "Nord stream – 2" in the waters of Denmark - Bild
Add a comment
Сomments (0)
News Analytics
Canada's economy plunges record 5.4% in 202002-03-2021, 21:42
UN Secretary General has called coal mines a past, from which it is time to02-03-2021, 20:44
Metallurgical enterprises of Ukraine increased earnings from the export of02-03-2021, 19:50
Trade union committee "Azovstal" received an answer to the question about the02-03-2021, 18:39
Greenhouse gas emissions returned and exceeded levels prior to the pandemic -02-03-2021, 14:16
Spread between raw materials and high strength alloy steel in Europe increased01-03-2021, 20:21
Increase in prices is forecasted in the markets of steel raw materials -26-02-2021, 09:25
Troy ounce of gold will drop $ 500 in two years - Fitch25-02-2021, 18:29
Global iron ore production growth to outstrip cumulative production in India23-02-2021, 10:22
Fitch Ratings Warns of “Shocking Impact” on Fossil Fuel Exporters18-02-2021, 14:44
Sign in with: