Thus, conditions are created to prevent the deficit of ferrous scrap in Ukraine. 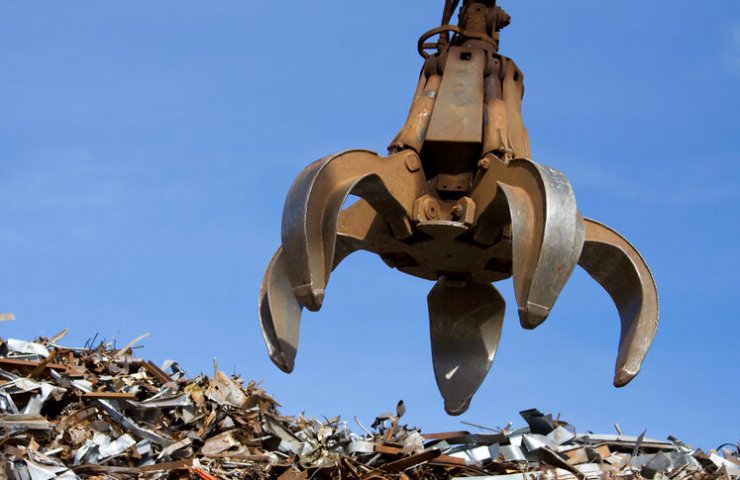 President Volodymyr Zelenskyy signed the Law "On Amendments to Section II" Final and Transitional Provisions "of the Law of Ukraine" On Amendments to Certain Laws of Ukraine Concerning Reducing the Deficit of Ferrous Scrap on the Domestic Market "No. 1419-IX, which parliament adopted 27 April 2021.

This document extends for five years - until September 15, 2026, the period of validity of the export (export) duty rate of 58 euros per tonne on waste and scrap of ferrous metals.

Thus, conditions are created to prevent a deficit of ferrous scrap in Ukraine, which will contribute to the smooth operation of the domestic metallurgical industry, the preservation of jobs and an increase in tax revenues to the budgets of all levels.

In addition, this document will help reduce greenhouse gas emissions into the atmosphere, which is in line with Ukraine's intentions to join the European Green Deal, because each ton of recycled scrap metal saves 1.5 tons of CO2, 1.4 tons of iron ore and 740 kg of coal ... Recycling scrap into steel requires only 1/3 of the energy required to produce steel from virgin raw materials.

The law comes into force the day after its publication.

As reported, on April 27, the Rada adopted a bill to extend the export duty on scrap 58 euros per tonne for another 5 years. 291 MPs voted for the bill.

Metallurgical enterprises of Ukraine are in favor of prolonging the export duty on ferrous scrap and introducing restrictions on the export of scrap metal, up to and including its complete ban in order to normalize the situation with the provision of this raw material.

According to the law adopted by the Rada, the export duty on scrap metal was increased from September 15, 2016 from 10 to 30 euros per ton, and in the spring of 2018 - to 42 euros. Taking into account the positive results of the metallurgical law and the production necessity of enterprises, the law was extended for another year.

On February 28, 2019, the Verkhovna Rada adopted as a basis and as a whole the law on reducing the deficit of ferrous scrap in the domestic market (No. 9474), increasing the export duty on scrap from 42 to 58 euros per ton and extending it for two years. This law entered into force on April 5, 2019. At the same time, the export of scrap metal for deliveries to the EU is carried out with a duty of 5 euros per ton.

Recommended:
The third diesel train of the DPKr-3 series produced by KVSZ went for testing
Ukraine will adjust plans towards European integration in the energy sector
Deutsche Bahn trains will start operating at 265 km /h from August
On this topic
Elektrostal plant in Kurakhovo continues to idle due to a shortage of scrap metal
The Verkhovna Rada of Ukraine extended the duty on the export of ferrous scrap
Scrap collectors of Ukraine actively protest against the extension of the duty on the export of
European Union scrap collectors worried about possible export restrictions
The Bogdan Motors team appealed to the People's Deputies of Ukraine
How the reform of the electricity market in Ukraine can lead to a collapse and what to do about it
Add a comment
Сomments (0)
News Analytics
Energoatom approved Electrotyazhmash as a supplier of turbine generators for16-06-2021, 14:57
Representatives of Ukraine and Germany discussed the prospects for cooperation16-06-2021, 10:49
Vestas and DTEK RES signed an agreement for the supply of wind turbines for the16-06-2021, 10:45
SSAB agrees with Volvo to supply and refine HYBRIT decarbonized steel16-06-2021, 10:40
Energomashspetsstal manufactured blanks for reactor equipment parts for16-06-2021, 09:38
Vaccinations fuel demand for platinum - World Platinum Investment Council08-06-2021, 12:55
Sharp price growth continues in the rolled metal market - Ukrpromvneshexpertiza08-06-2021, 11:04
Analysts note overheating of the global scrap metal market01-06-2021, 13:28
Hydrogen-fueled steelmaking could be competitive after 2050 - McKinsey19-05-2021, 14:22
Steel raw material prices are skyrocketing across the board18-05-2021, 12:34
Sign in with: