There will be more scrap metal: Ukrzaliznytsia is preparing to dispose of an outdated car fleet

The Ministry of Infrastructure of Ukraine has developed a draft order that provides for the regulation of the mechanism for extending the service life of freight cars in railway transport and increasing the interest of freight car operators in the purchase of new freight rail cars from Ukrainian manufacturers. 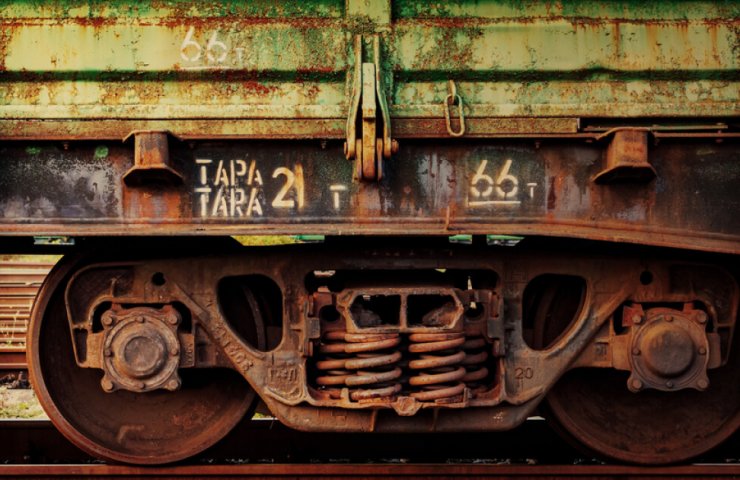 Ukrzaliznytsia continues to prepare for the implementation of the program to renew the fleet of freight cars and old ones from the railway tracks. So, on October 8, 2021, a draft order of the Ministry of Infrastructure of Ukraine was published, which provides for a systematic limitation of the deadline and extension of the service life of freight cars.

According to the draft order, Ukrzaliznytsia will gradually limit the period for which the operation of the car can be extended, after the expiration of the period provided by the manufacturer, and the total age of the car.

As a result, freight cars that threaten traffic safety will be removed from the railways of Ukraine, and the Ukrainian carriage industry will receive additional orders for the construction of new ones.

“We will not operate wagons written off in other countries and delivered to us. Such rolling stock is an unconditional threat to traffic safety, so we will eliminate it from the rails. For this, a clear program was developed that will help to significantly update the fleet of freight cars and establish clear boundaries for its operation, ”said Valeriy Tkachev, Deputy Director of the Commercial Department of Ukrzaliznytsia JSC.

Now the registered fleet of Ukrainian freight cars is more than 200 thousand units, of which 26.5 thousand are blocked in the temporarily occupied territories of Donbass and Crimea. Out of the 174 thousand available freight cars, 53.8% have expired standard service life.

As a result, worn-out freight cars end up in unscheduled repairs practically after every unloading or before every loading, which negatively affects the turnover of cars and disrupts the normal technology of the transportation process. In addition, this situation negatively affects traffic safety: in 2020, 479 accidents were registered in the railway transport of Ukraine, of which 126 accidents were caused by collisions, derailments of the rolling stock of railway transport.

Recall that Ukrzaliznytsia has developed a comprehensive program for the renewal of the freight car fleet until 2028. It was approved at a meeting of the Anti-Crisis Headquarters to restore the sustainable operation of the enterprise, which took place on September 30 under the chairmanship of the Minister of Infrastructure of Ukraine Oleksandr Kubrakov. The program, in particular, provides for a gradual limitation of the service life of freight cars: gondola cars - from 44 to 22 years, grain carriers - from 45 to 30 years.

Сomments
Add a comment
Сomments (0)
Partner news
Recommended:
The court arrested 100% of the shares of the Kiev machine-building plant "Bolshevik"
Over the past day, Elon Musk has become richer by another $ 30 billion
A number of government decrees on energy supply to enterprises have been canceled in Ukraine
On this topic
A Ukrainian dump car was tested at the Poltava mining and processing plant
Ukrmetallurgprom: We hope that the positive dynamics in reducing freight car turnover will continue
Yuzhmash told whether it is possible to launch reusable rockets from the Black Sea
DSS supported the idea of localization of production in Ukraine electric locomotives
"Zaporizhstal" was visited by a member of the Board of JSC "Ukrzaliznytsya"
Ukrzaliznytsia announced the prevention of a "large-scale accident" on the railway
News Analytics
US company aims to smelt first steel on the Moon in 202422-01-2022, 12:57
Iron ore prices show third weekly gain22-01-2022, 12:56
Chamberlain resigns as head of the London Metal Exchange in favor of22-01-2022, 11:28
German scientists have found a way to prevent the formation of blockages in22-01-2022, 10:39
Water shortage in Chile will hit copper production in 202221-01-2022, 20:57
Semiconductor shortage will persist for years to come09-01-2022, 13:11
2021 was the worst year for gold since 201501-01-2022, 13:08
Iron ore will be significantly cheaper in 2022 - consensus forecast by leading01-01-2022, 12:46
Profits of Ukrainian and Russian steel plants will remain above average until21-12-2021, 11:23
British analysts downgrade forecast for global steel production in 202114-12-2021, 15:06
Sign in with: