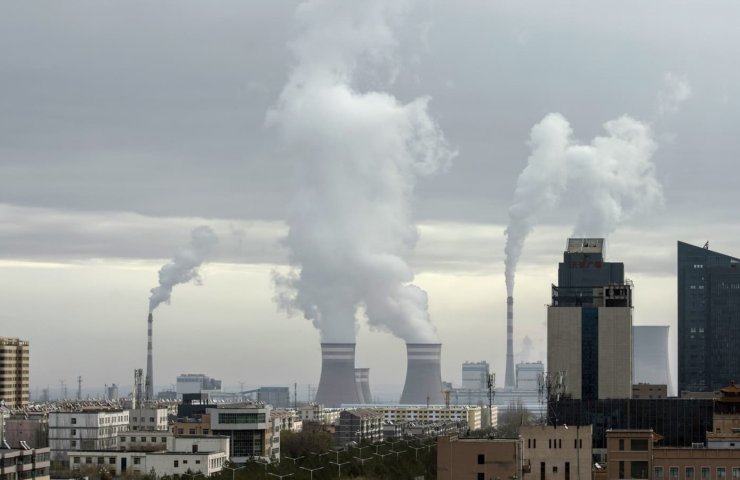 In the fight against the energy crisis, China will let the price of coal-fired electricity float freely and force industrial and commercial consumers of energy to buy it on the market on the grid "as soon as possible." This was announced on Tuesday by the National Development and Reform Commission of the People's Republic of China (NDRC).

Growing power shortages in China have forced production cuts in industries such as cement, steel and aluminum as power producers, unable to pay sky-high coal prices, cut their generation.

It is expected that involving all industrial and commercial consumers in power exchange transactions and allowing the market to set prices will stimulate producers to increase their electricity production.

“The pricing reform is designed to reflect electricity demand and consumption and to some extent ease the working hardships of power companies and encourage power plants to increase their power supply,” said Peng Shaozong, an NDRC spokesman.

The reform will allow coal-fired power plants to shift the bulk of fuel procurement costs to end users through market electricity prices.

About 44% of China's industrial and commercial companies currently trade in electricity markets, buying electricity from exchanges in cities such as Beijing and Guangzhou, while other such consumers buy electricity at fixed prices directly from state-owned grid companies.

China's State Council on Friday said it would allow coal-fired electricity prices to hover up to 20% from baselines.

The NDRC also stated that residential and agricultural users, as well as public welfare initiatives, will continue to follow fixed electricity prices, which are often set too low to cover the cost of generating utility fuel.

Local governments are encouraged to offer support to small and medium-sized as well as individual business users on electricity prices to reduce the financial burden of potential electricity price increases.

Analysts and traders are forecasting a 12% cut in industrial electricity consumption in the fourth quarter, as coal supplies are expected to decline this winter and prices are unlikely to fall.

Финансовая аналитика, прогнозы цен на сталь, железную руду, уголь и другие сырьевые товары. More news and analytics on Metallurgprom telegram channel - subscribe to get up-to-date market information and price forecasts faster than others.
Сomments
Add a comment
Сomments (0)
On this topic
China promises to continue the program to reduce outdated steel production capacity and coal
China will introduce quotas for the supply of metals to the United States
How the reform of the electricity market in Ukraine can lead to a collapse and what to do about it
Reform of the coal industry in Ukraine will be "gradual and balanced"
G20 Finance Ministers Sign Global Tax Agreement at Venice Summit
Three Chinese provinces freeze due to power shortages
Recommended:
YuGOK reduced the output of iron ore concentrate by 24%
Vale signs long-term nickel supply deal with Tesla
London imposed protective duties on Russian supplies of platinum group metals
News Analytics
The largest producer of titanium raw materials in Ukraine OGCC will sell25-05-2022, 20:48
Glencore accused of bribery in London pleads guilty in the US25-05-2022, 10:44
Swiss oil and gas equipment manufacturer Sulzer leaves Russia24-05-2022, 13:08
BIR: European Commission's decision on scrap metal will be the most tragic24-05-2022, 11:41
Rejection of Russian palladium destroys markets24-05-2022, 11:41
US steel market sentiment becomes more price neutral05-05-2022, 10:15
The global high-strength steel market will grow steadily by 5% annually for the04-05-2022, 08:45
China steel inventories hit 13-month high amid COVID-19 outbreak30-04-2022, 16:38
Slowdown in global auto sector affects steel prices27-04-2022, 12:36
World alumina production reaches a record 138 million tons21-04-2022, 09:54
Sign in with: