The South Yorkshire-based company is top secret, but it is believed to be producing advanced steel components for the British Trident nuclear-powered ballistic missile submarine fleet. 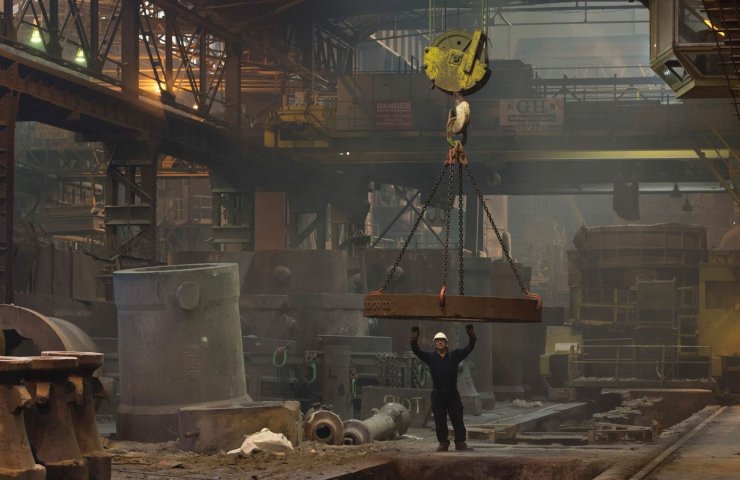 Like Sky News reports that the UK government is working on a plan to take over the 215-year-old Sheffield steelmaker. Reporters have learned that the Department of Defense is in preliminary negotiations to acquire control of Sheffield Forgemasters in an attempt to strengthen the supply chain of the British nuclear submarine fleet.

Sources in the iron and steel industry said this weekend that the UK Department of Defense has hired accounting firm Deloitte to advise on negotiations with a private company. They warned that a full takeover of the business is just one of many options being considered, and that it will likely take several months before reaching any agreement.

"If the deal does take place, it will reflect the government's increasingly interventionist approach to asset ownership, with implications for national security," Sky News noted.

Sheffield Forgemasters CEO David Bond said his company won £ 66 million in new contracts during the year, mainly through defense orders that will provide the bulk of the group's revenues through 2022.

However, Sheffield Forgemasters said in October that it would cut nearly 100 jobs - more than 10% of its workforce - as a result of the coronavirus pandemic's impact on commercial customer demand in industries such as oil and gas.

Thus, the UK is trying to take control of the company's assets, to prevent foreign firms from taking over the steel plant from the military secrets of the British fleet.

Sky News recalled that in 2015, an unidentified state-owned Chinese company approached Sheffield Forgemasters with an offer to save the business, a deal with which was ultimately blocked by the UK government.

Recommended:
State Geological Survey of Ukraine joined the European Battery Alliance
Japanese submarine collides with merchant ship on surfacing
All UK Jaguars will be electric cars in 2025
On this topic
Prospects for ship repair in Ukraine
Yuzhmash told whether it is possible to launch reusable rockets from the Black Sea
Strategy of defense in space
How the reform of the electricity market in Ukraine can lead to a collapse and what to do about it
Stopped nuclear power plants and mines. What's going on in the energy sector of Ukraine?
British Steel lenders insist on plant closure
Add a comment
Сomments (0)
News Analytics
European officials urge World Bank to stop fossil fuel investment27-02-2021, 13:00
China's machinery industry demonstrates robust growth27-02-2021, 13:15
Higher Yields on US Bond Leads to Sharp Drop in Cryptocurrency Price27-02-2021, 12:32
In war-torn Syria, robotics courses for girls open27-02-2021, 11:13
Fitch Affirms Ukraine's Rating At "B " With Stable Outlook27-02-2021, 11:10
Increase in prices is forecasted in the markets of steel raw materials -26-02-2021, 09:25
Troy ounce of gold will drop $ 500 in two years - Fitch25-02-2021, 18:29
Global iron ore production growth to outstrip cumulative production in India23-02-2021, 10:22
Fitch Ratings Warns of “Shocking Impact” on Fossil Fuel Exporters18-02-2021, 14:44
Raw material prices rise by about 10.5% in January 2021 - Deutsche Industriebank12-02-2021, 10:48
Sign in with: