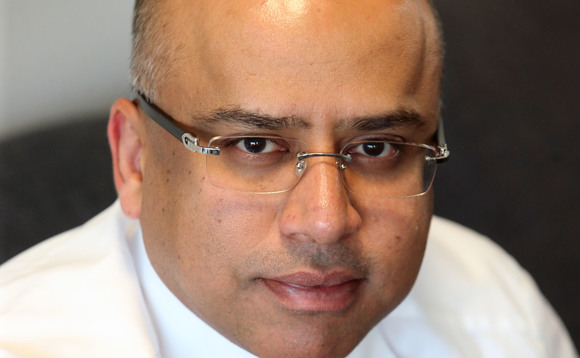 A British state-owned commercial bank has stripped financial company Greensill Capital of a government guarantee on loans to companies of metallurgical tycoon Sanjeev Gupta after it decided that he had violated the terms of the state business support programs during the pandemic (CLBILS). This is stated in message Sky News.

The post said the auditors concluded that conditions had been violated in areas such as the adequacy of the security assumed by Greensill in relation to the assets held by the GFG Alliance, a network of companies led by Mr. Gupta. </p >

If enforced, the cancellation of the government guarantee could leave Greensill alone with overdue debts if GFG ultimately defaults on its loan repayment obligations, warn in Sky News.

Recommended:
Metinvest to raise wages for workers in Ukraine from May 1
Donbasenergo offers a number of measures to overcome the systemic problems of the Ukrainian energy market
The first hydrogen bus may appear in Moscow in one or two years
On this topic
Smart Holding and Dragon Capital agree to sell Unex Bank
France can block the sale of British Steel to the Chinese
The Chinese company will buy British Steel in the coming days: every day of delay costs 1 million
The new owner of British Steel will not "bother" with the number of staff
The owner of the Turkish Erdemir is ready to invest a billion pounds in the future of British Steel
British Steel lenders insist on plant closure
Add a comment
Сomments (0)
News Analytics
Iran is satisfied with the reaction of the world community to 60% enrichment of18-04-2021, 13:24
Gas prices in Ukraine have reached a record value over the past two years -16-04-2021, 17:24
Ukrmetallurgprom asks the Antimonopoly Committee to allow Metinvest to bid for16-04-2021, 17:23
A fatal accident occurred on the territory of the Dnieper Metallurgical Plant16-04-2021, 13:01
Cars built for Euro 2012 will be repaired at the Kryukov Carriage Works16-04-2021, 12:46
World Steel Association predicts a good year for metallurgists15-04-2021, 18:19
World Steel Association defines green steel and its variations12-04-2021, 13:14
China unlikely to cut steel capacity in 2021 due to high steel prices07-04-2021, 12:11
Scrap metal market at the beginning of April02-04-2021, 11:10
Rising Chinese Prices Fueled Rising Global Steel Prices - MEPS25-03-2021, 18:54
Sign in with: