The enterprise stores 95 tons of highly toxic rocket fuel in containers whose service life expired last year. And although no leaks were found at the time of the inspection, the members of the commission confirmed the possibility of a man-made disaster. 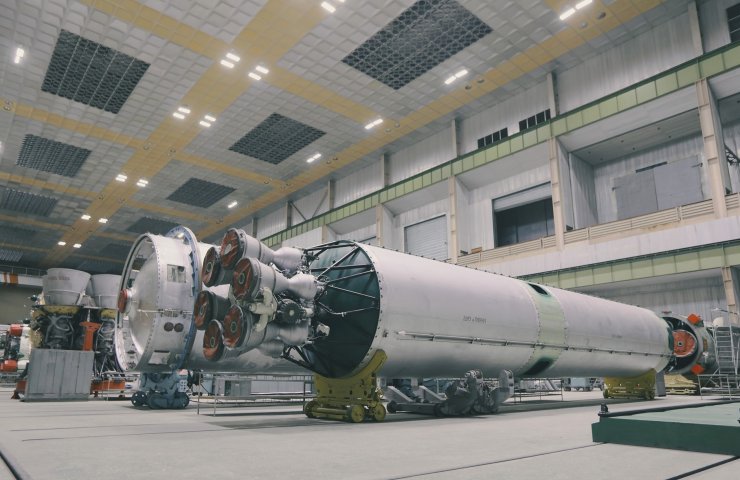 According to the order of the Ministry of Strategic Industries dated 10/12/21 No. 193, yesterday on the territory of the State Enterprise “Yuzhny Machine-Building Plant im. Makarov ”(Yuzhmash), a commission for the safe storage and disposal of a component of liquid rocket fuel (heptyl) worked.

During its work, the commission heard problematic issues of storage of conditioned and substandard heptyl on the territory of Yuzhmash, got acquainted with the places of its storage, studied the documentation, tasks and activities developed earlier, listened to experts, discussed and summarized proposals.

The Commission came, in particular, to the following conclusions:

The Commission decided to recommend a number of urgent and medium-term tasks and measures aimed at ensuring the safe storage of highly toxic components of liquid rocket fuel and the unconditional disposal of their substandard part until 2023.

The results of the commission's work will be submitted for consideration to the Vice Prime Minister - Minister for Strategic Industries of Ukraine.

Recall that on the territory of the former flagship of rocketry in the USSR are in storage 95 tons of heptyl rocket fuel in containers that expired last year. In the affected area, in case of depressurization, there are more than 100 thousand people. The Yuzhmash storage facilities currently contain 95 tons of heptyl, including 37 tons of substandard heptyl. The lethal dose for humans is 1 microgram per liter of water.