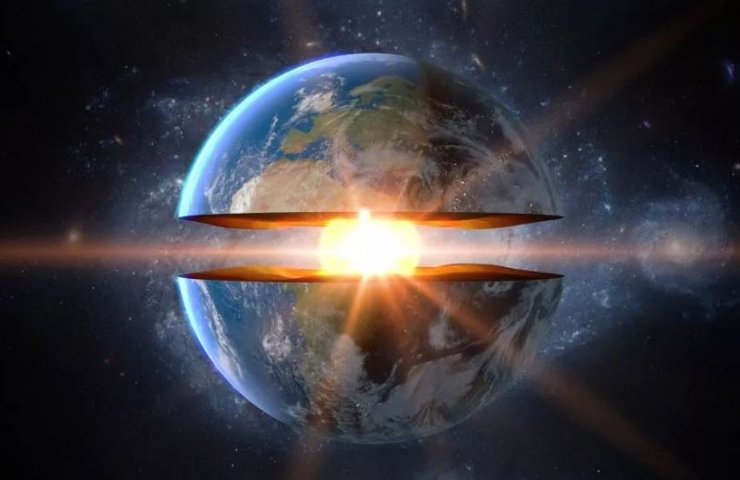 Now researchers have found that the "solid" inner core of the Earth, in fact, can change its state of aggregation.

For more than half a century, the scientific community considered the inner core of the Earth to be a solid ball of compressed iron alloy surrounded by a liquid outer core. But new research, published in the journal Physics of the Earth and Planetary Interiors, suggests that the hardness of the planetary ball ranges from solid to semi-soft to liquid metal.

"The more we research, the more we realize that this is not a boring piece of iron," Jessica Irving, a seismologist at the University of Bristol in England who participated in the study, told Live Science. “We find a whole new hidden world.”

In a sense, the inner core of the Earth remains as mysterious as when Jules Verne published his fantastic Journey to the Center of the Earth in 1864. Although scientists have known since the 1950s that our planet is not as hollow as Verne predicted, the interior of the planet is still unexplored; the enormous temperature and pressure are simply too great for any man-made probe to get there. "Unless something terrible happens to our planet, we will never have direct observation of the Earth's core," says Irving.

Instead, geophysicists rely on seismic waves caused by earthquakes. By measuring these massive vibrations, scientists can reconstruct a picture of the planet's interior. This method “resembles a computed tomography of a person,” Irving said. These waves are of two main types: rectilinear compression waves and undulating shear waves. Each wave can accelerate, decelerate or bounce off different media as it travels on the ground.

For Rhett Butler, a geophysicist at the Hawaiian Institute of Geophysics and Planetology, the new study began with a question about the number mismatch. Butler watched as seismic waves created by strong earthquakes in five different locations travel through the core of the Earth to the exact opposite side of the globe. But something was wrong - the shear waves of the earthquakes, which were supposed to pass through the solid metal ball, were instead deflected in certain areas.

The numbers surprised Butler. He knew the mathematics of seismic waves was correct, which could only mean one thing: the scientists were wrong about the structure. “When you do this business, you have to match the data,” he said. So Butler and his co-author revisited the basic assumption that the Earth's inner core was solid throughout. They found that the waves they observed work if the core is not a solid ball, but has pockets of liquid and "soft" semi-solid iron near its surface.

The range of consistencies of iron is particularly striking, says Butler. “We've seen evidence that it has hard surfaces that oppose molten or loose iron. So we see a lot of details inside the inner core that we haven't seen before. ”