Although Ukraine needs to protect labour rights standards of the EU, the implementation of European norms is not enough, according to the study of the Friedrich Ebert Foundation. So often the working conditions is still "terrible". 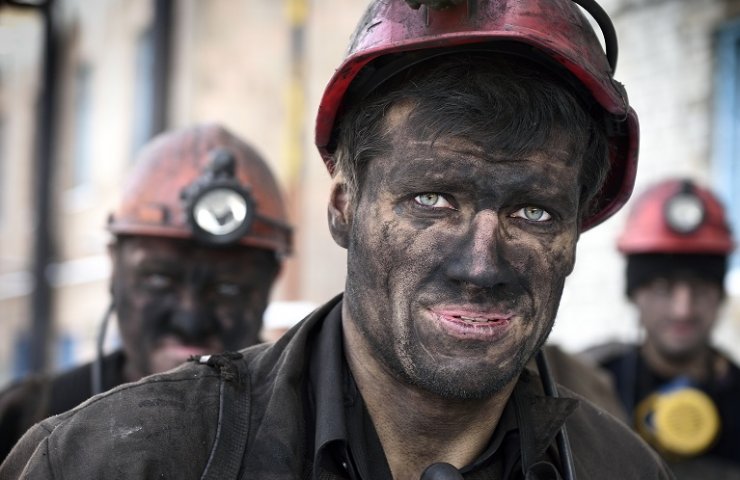 Despite the commitments of Ukraine, Georgia and Moldova before the European Union concerning the implementation of European standards of labour rights and conditions for workers in these countries sometimes "terrible", which often leads to catastrophic consequences with hundreds of workers killed annually. This is the conclusion reached by the authors of a study conducted by the Friedrich Ebert Foundation, which was presented on Wednesday, 13 November, in Brussels. About it the correspondent of DW.

First of all, insufficient implementation of EU standards in the inspection of working conditions, measures to overcome employment discrimination and resolving labor disputes through dialogue, says the study.

Ukraine has the highest mortality among workers

"Huge spread of informal employment and the inadequacy of international standards and EU standards led to a large number of accidents related to work, primarily in mining and construction. Construction sites in Ukraine are terrible conditions," the study says.

for 2018 in the country occurred more than 4 000 accidents at work, of which 409 had fatal consequences, the researchers note.

the Friedrich Ebert Foundation adds that the figures given for Ukraine does not include "numerous accidents" in terms of informal employment. In 2018 21.6% of workers in the country worked off the books.

to Reduce the number of accidents at work could effective review of working conditions. However, the researchers note, the Ukrainian legislation prevents this by forbidding inspection without the ten-day notice. This is contrary to the Convention 81 of the International labour organization, 1947, concerning labour inspection in industry and trade, the authors of the study.

Position of workers in Ukraine, Georgia and Moldova also worsens the weakness of trade unions. "The national government simply do not see the importance of social dialogue as a tool of settlement of collective labour disputes", the study says. Another problem - inequality in earnings between men and women. In Ukraine to 2017 men earned 21.2 percent more than women. While the EU average difference of 16 percent.

Threat to the European integration of Ukraine

One of the reasons for poor working conditions in Ukraine, Georgia and Moldova researchers call a slow pace of implementation of international and European labour standards, despite the fact that the Association agreement with all three countries provide for such implementation. In addition, although technically necessary legislation is adopted, the practice often differs from legislation, the researchers note. Therefore, they suggest the European Commission to check not only the transfer of the directives and EU regulations, but also how they are executed.

If the labor conditions are not improved, the researchers see a risk for the process of European integration of Ukraine, Georgia and Moldova. After all, if standards of living will not be increased, it "can lead to frustration among the population and, consequently, jeopardize the integration process". On the other hand, the authors talk about the need to protect the labour market in the EU of social dumping, when people from these three countries go to work in the EU and work for low wages.

This situation, according to the MEP Joachim Schuster (Joachim Schuster) may not be "importing" instability in the EU, while the policy of Brussels aims to "export stability". German social-Democrat Schuster, who was present at the presentation of the study, called on the EU to pay more attention to the social dimension in the relations with Ukraine, Georgia and Moldova.

Recommended:
Dmitry Firtash regained the right to purchase a 51% stake in the Zaporozhye Titanium and Magnesium Plant
Interpipe expands the supply of railroad metal products to the North American region
In Russia, there is an exuberant demand for agricultural machinery
On this topic
27% of construction sites in Ukraine are built without permits for construction works
Experts confirmed the high level of environmental safety of the pond-evaporator plant in utlyukskom
Climate change will destroy every fourth bridge in the US
How steel helped usher in the rock and roll era
Gas as a weapon of Russia's hybrid war: how to deal with it?
Integrated border management strategy approved in Ukraine
Add a comment
Сomments (0)
News Analytics
Rinat Akhmetov's engineering company Corum Group sent a delegation to India05-05-2021, 21:09
A mining and metallurgical complex will be created in the Bayan-Undur somon of05-05-2021, 19:39
In Ukraine, European requirements for the ecodesign of solid fuel boilers will05-05-2021, 15:30
April steel production of "Zaporizhstal" increased in annual comparison by05-05-2021, 15:27
Germany plans to achieve carbon neutral economy by 204505-05-2021, 12:28
The current state of the market is ideal for the sale of rolled steel - IREPAS04-05-2021, 18:41
Global hydrogen demand to grow 7-fold by 2070 - PwC21-04-2021, 12:31
World Steel Association predicts a good year for metallurgists15-04-2021, 18:19
World Steel Association defines green steel and its variations12-04-2021, 13:14
China unlikely to cut steel capacity in 2021 due to high steel prices07-04-2021, 12:11
Sign in with: