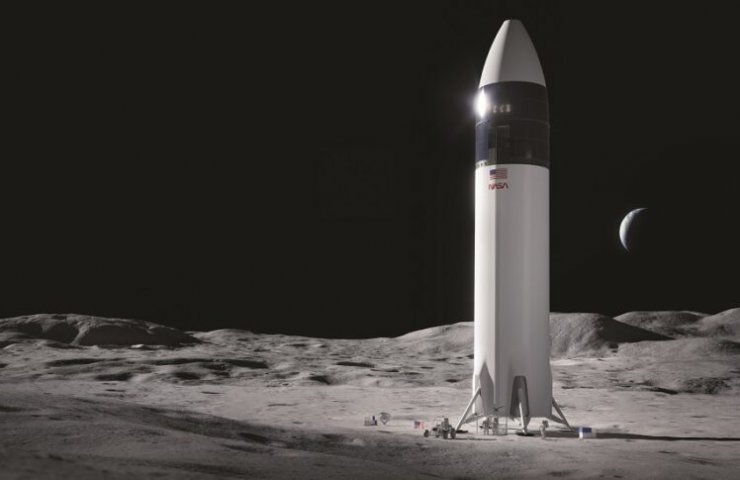 NASA officials have officially abandoned the goal of landing humans on the moon by 2024, postponing the landing of NASA astronauts on the lunar surface until at least 2025.

The delays caused by the lawsuit over NASA SpaceX's selection to receive the HLS project are an important, but not the only factor in delaying a man's landing on the moon.

In a teleconference on November 9, NASA Administrator Bill Nelson said there was a recent legal issue with Blue Origin going to court over SpaceX's selection of a Human Landing System (HLS) project.

“Due to litigation for seven months, we were not allowed by law to have any contact with SpaceX,” under the HLS program, Nelson said. He said he first spoke to SpaceX President Gwynne Shotwell about HLS on November 5, the day after a federal judge ruled against Blue Origin in a lawsuit against NASA over the program.

Landing on the moon is a key objective of the Artemis 3 mission, which was planned until the end of 2024. Nelson said the mission is now scheduled for no earlier than 2025, but added that NASA and SpaceX need more time to review program status before moving on to a more specific mission schedule.

The HLS lawsuit was not the only factor he cited as the reason for the delay in the landing of humans on the moon. “Prior to FY22, previous Congresses had not allocated enough dollars for the Human Landing System,” he said. NASA requested $ 3.3 billion for HLS in its fiscal 2021 budget proposal, but Congress provided only $ 850 million.

Nelson said that NASA remains committed to sending humans to the moon despite these recent delays, and also maintains competition for future moon landing services after Artemis 3. "NASA will seek a significant increase in funding for this project." he said, “starting with his 2023 budget request.”

Nelson warned of China's growing space capabilities as a threat to the landing of humans on the moon prior to NASA's mission. “The Chinese space program has more and more opportunities for Chinese astronauts to land much earlier than originally anticipated,” he said. “We are going to act as aggressively as possible in a safe and technically feasible way to beat our competitors with boots on the moon.”