Metallurgical enterprises of Donbass sold most ferrous metals to Italy, Russia and Turkey. 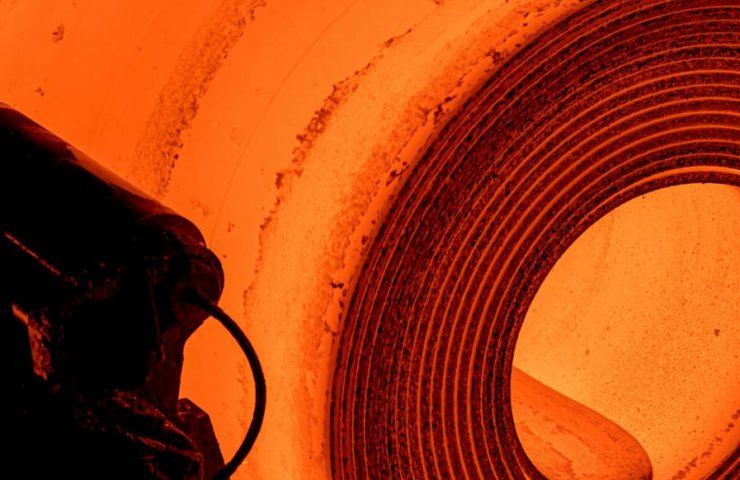 According to Main Department of Statistics in Donetsk region, for the first nine months of 2020, the export of ferrous metals by metallurgical plants in the region amounted to $ 2 billion 231.5 million, which is $ 469.5 million less than in January-September 2019, or 17.4%.

The weighted average price of a ton of exported metal decreased by 15.9%, as a result of which the region lost 421.9 million dollars in foreign currency earnings. Losses due to a decrease in the physical volume of exports amounted to $ 47.6 million.

A decrease in demand and prices due to the coronavirus pandemic has occurred since the beginning of 2020 in the sales markets of not only ferrous metals, but also other products, and a decrease in foreign exchange earnings received by enterprises of the region was recorded across all continents, except for the Asian market.

In general, for 9 months of 2020, foreign exchange earnings from the export of goods by economic entities of the Donetsk region (excluding part of the temporarily occupied territory) amounted to 2 billion 887.4 million dollars. The region provided 8.2% of the total value of exported goods in Ukraine as a whole and took third place after the city of Kiev and Dnepropetrovsk region.

At the same time, compared to January-September 2019, the export of goods by enterprises of the Donetsk region decreased by $ 690.7 million, or 19.3%. This is primarily due to the difficult situation in the foreign markets for the sale of ferrous metals, which for 9 months of 2020 provided 77.3% of foreign exchange earnings from the export of all goods.

Recommended:
Metinvest bonds are included in the global debt indices of emerging markets
Underground tunnel operator died at VostGOK mine
"Bogdan Motors" started manufacturing trolleybuses for KP "Kyivpastrans"
On this topic
Steel production in September 2020
Metallurgists of Donbass accounted for about 80% of foreign exchange earnings of the region in the
Foreign exchange earnings from steel exports from the Donetsk region decreased by 12%
Metallurgical production in Donetsk region in October fell by 13.5%
The fall in steel prices has reduced the foreign currency proceeds to the budget of Ukraine
Mechanical engineering remains the locomotive of industrial production growth in the Donetsk region
Add a comment
Сomments (0)
News Analytics
US Provides $ 20 Billion in Government Support to Airlines to Pay Salaries02-12-2020, 19:25
Metinvest closes its first securitization deal02-12-2020, 19:05
Sanjiv Gupta one of these days will find out all the financial secrets of the02-12-2020, 19:18
EU asks Biden to abolish duties on steel and aluminum02-12-2020, 15:16
Mariupol plant named after Ilyich produced the first 20 thousand tons of02-12-2020, 15:54
European Union scrap collectors worried about possible export restrictions18-11-2020, 10:41
Occupational diseases of workers in the extractive industry: types and ways to16-11-2020, 17:49
Eurofer expects recovery in EU steel demand05-11-2020, 09:47
Hot rolled carbon steel demand will continue to grow by 4% pa until 203004-11-2020, 16:14
Platts Steel Trade Review: China Will Decide Asia's Fate30-10-2020, 10:04
Sign in with: