The document was signed by representatives of metallurgical, coke-chemical, coal mining and agricultural enterprises, mining and ore processing plants, manufacturers of building materials and the chemical industry. 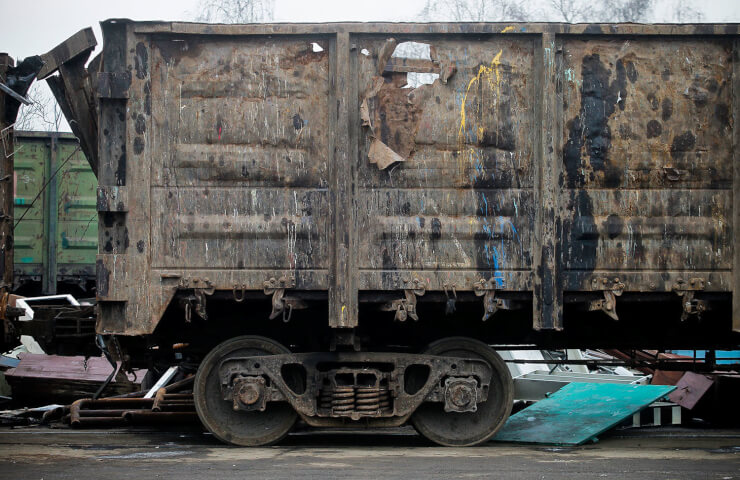 Representatives of the leading sectors of the Ukrainian economy signed an "Anti-Memorandum", the main goal of which is to convey to the authorities the inexpediency of the program for the renovation of freight cars, initiated by the Ministry of Infrastructure.

The document was signed by authorized persons of metallurgical, coke-chemical, coal mining and agricultural enterprises, mining and ore processing plants, manufacturers of building materials and the chemical industry.

Let us remind you that the essence of the program from the Ministry of Infrastructure is the phased write-off of freight cars by age: starting from next year, 2022, Ukrzaliznytsia and the Ministry of Infrastructure of Ukraine propose to write off 42-year-old cars and, year after year, until 2028, to lower the "bar" up to 22 years of operation. To implement this program, the Ministry initiated the signing of a Memorandum between Ukrzaliznytsia, the department, financial institutions and direct participants in the program, namely, carriage factories.

According to the Anti-Memorandum signatories, the project proposed by the Ministry will create preconditions for an artificial long-term deficit in the wagon market, which will have serious negative consequences for enterprises and the economy of Ukraine.

“The participants are in favor of a balanced approach, which envisages: gradual renewal of the freight fleet without creating a deficit and strengthening control over scheduled repairs of cars to ensure traffic safety. Currently, the Project proposes to send 43% of the working car fleet (about 75 thousand units, which will cost the business UAH 107 billion) for scrap by 2028. This will lead to a sustained long-term deficit in the railcar market, as a result of which there will be problems with the shipment of products, an increase in transportation costs, and a decrease in investment in priority modernization projects and social projects. And as a result - to a decrease in production volumes at enterprises and the growth rate of workers' wages ", - noted in the" Anti-memorandum ".

Also among the consequences that the write-off of freight cars will lead to is a reduction in traffic volumes, which will have a negative impact on Ukrzaliznytsia itself, and lead to job cuts in manufacturing industries and the agro-industrial complex, as well as in Ukrzaliznitsa itself. In addition, as a result of the implementation of the initiative of the Ministry of Infrastructure, Ukraine expects a decrease in foreign exchange earnings and revenues to the state budget.

“This will deal another blow to the investment attractiveness of Ukraine: many owners have invested in the car fleet and counted on the use of cars for a period of at least 1.5 times the norm. And as a result of the adoption of the draft order by the MIU, they will receive less funds, "the participants in the" Anti-Memorandum "note.

Representatives of real business remind that the experience of the leading countries of the world, in particular, the USA and the EU countries, demonstrates a more rational approach - focusing on the maximum possible useful life of cars by ensuring a satisfactory technical condition of the car without limiting the service life by regulatory means. p>

The participants in the Memorandum agreed to convey the position on the inadmissibility of adopting the draft Order to President of Ukraine Volodymyr Zelensky, Prime Minister of Ukraine, Minister of Infrastructure, Minister of Economy, Minister of Finance, SRS, AMCU and other government bodies. And also to recommend solving the problem of the technical condition of the cars, relying on the best world experience: thanks to the improved control over the scheduled repairs, rather than the scrapping of technically sound cars.