Presented for the first time in Ukraine, the roadmap will become a tool for the formation of one of the growth points of the national economy in the context of overcoming the consequences of the coronavirus crisis. 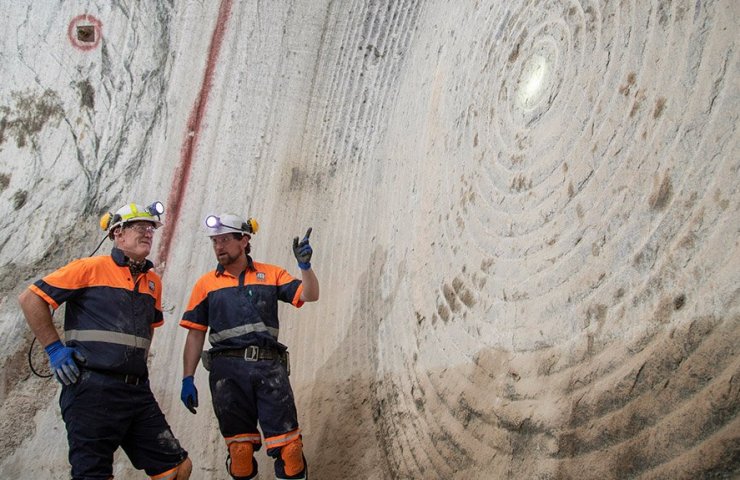 The National Association of the Extractive Industry of Ukraine presented roadmap for the development of the industry, which will allow the country to become a world leader and ensure GDP growth of $ 34 billion by 2030. The document was presented by the executive director of the association, Ksenia Orinchak, together with experienced industry experts.

The head of the profile association also noted that the document directly explored the resource potential of Ukraine and developed legislative changes with an individual approach to each sector of the extractive industry:

Ukraine has from 0.8 to 1.300 trillion cubic meters of proven gas reserves and up to 5 trillion cubic meters of prospective (undiscovered reserves). These natural resources are enough to not only remove Ukraine from the status of an import-dependent country, but also turn it into a pure gas exporter. Subject to the creation of favorable tax conditions, simplification of the procedure for obtaining permits for geological research and development of deposits and the completion of the corporate reform of Ukrnafta, Ukraine can increase the volume of oil and condensate production from the current 2.1 to 2.5 million tons.

In terms of iron ore production, Ukraine ranks fifth in the world after China, Brazil, Russia and Australia. The country's share in world production ranges from 3-5%. The ferrous metals segment generates $ 8.7 billion in export revenues and approximately $ 1.1 billion in gross domestic product (GDP), making the industry critically important. Without reforming the operating conditions for the mining and metallurgical complex (MMC), the industry will stabilize by 2021. That is, there will be no physical increase in volumes. However, with a simplified business environment and an active stimulating government policy, the physical volume of iron ore production can be increased to 79 million tons, and the contribution to GDP is $ 2.6 billion.

According to the Institute of Geological Sciences of the National Academy of Sciences of Ukraine, the resources of titanium ores in Ukraine are estimated at 20%, and the approved reserves fluctuate within 7-12% of world reserves and amount to 400 and 140-240 million tons, respectively. Today, the share of Ukrainian titanium sponge in world production is 3-5%. Over the next 10 years, there are no technological innovations in the titanium industry. However, with the implementation of the titanium industry development strategy, a positive forecast is expected - 7 billion in GDP, and exports will increase by $ 2.8 billion.

According to the approved National Program for the Development of the Mineral and Raw Materials Base of Ukraine in 2011, in the period up to 2030, the current demand of the economic sectors for phosphorus raw materials is estimated at 2.3-2.8 million tons per year, based on 100% phosphorus oxide P 2 О 5 (6-7 million tons of conditioned apatite concentrate). In 2019, subsoil users of the mining and chemical region generated $ 750 million of GDP. Taking into account the proposed changes in the administrative and regulatory field, GDP may grow to 4 billion in 2028.

This branch of the mining industry is one of the most "shadow" in the mining industry. Therefore, according to official figures, it generates only $ 536 million, with a potential of $ 1.1 billion. The development of the industry is constrained by two key factors: a high level of “shadow” quarries, which are actively developed by persons associated with regulators, but are not put up for auction for transparent distribution, and high, often deliberately complicated, bureaucracy in the issuance of licenses for the extraction of mineral water.

The urgent need for legislative changes, confirmed the senior economist of Ukraine Economic Outlook Mikhail Kukhar. In his opinion, the current financial result of the domestic mining industry (in 2019 - $ 9 billion of GDP) should be significantly better.

“In neighboring countries, such as Turkey and Poland, where the mineral resource base is much less than ours, profits are three times higher,” Povar argues.

At the end of the presentation, the leading expert of energy programs of the Razumkov Center Maxim Belyavsky gave a positive review of the developed document.

“Firstly, this is the first time such a path has been developed for the extractive industry of Ukraine. Secondly, I believe that this document will become a tool for the formation of one of the growth points of the national economy in the context of overcoming the consequences of the coronavirus crisis. Thirdly, it is impossible to develop systematically strategic industries without reference points, "Belyavsky said.

Recommended:
Glencore To Pay $ 1.6 Billion In Dividend Amid High Commodity Prices
Poland could lead the race in hydrogen steel technology
Integration into ENTSO-E: Ukrhydroenergo prepares to enter the European energy market
On this topic
The Ministry of Energy of Ukraine outlined the prospects for the development of hydrogen energy
Japan called virus crisis "the biggest since the second world war"
Europe moves to unmanned vehicles presents a roadmap
NIOC: oil reserves in Iran will last at least 100 years of mining
Who will freeze first, if Ukraine will stop the transit of Russian gas?
Heating season in Ukraine: where there can be problems with heat and why
Add a comment
Сomments (0)
News Analytics
Bosch launches automotive chip plant in Dresden08-03-2021, 13:45
Eurozone investor morale at its highest rise in 12 months08-03-2021, 12:30
Port on the coast of Pilbara in Australia stops shipments of iron ore due to08-03-2021, 11:14
Coronavirus drove Belgian skiers to the slopes of the Charleroi waste heap07-03-2021, 13:52
US Steel focuses on the production of nanosteel for high-strength alloys07-03-2021, 13:46
Spread between raw materials and high strength alloy steel in Europe increased01-03-2021, 20:21
Increase in prices is forecasted in the markets of steel raw materials -26-02-2021, 09:25
Troy ounce of gold will drop $ 500 in two years - Fitch25-02-2021, 18:29
Global iron ore production growth to outstrip cumulative production in India23-02-2021, 10:22
Fitch Ratings Warns of “Shocking Impact” on Fossil Fuel Exporters18-02-2021, 14:44
Sign in with: