The biggest violators of the environmental legislation of Ukraine were the Zhytomyr and Rivne regions, whose entrepreneurs received more than 5,000 protocols. 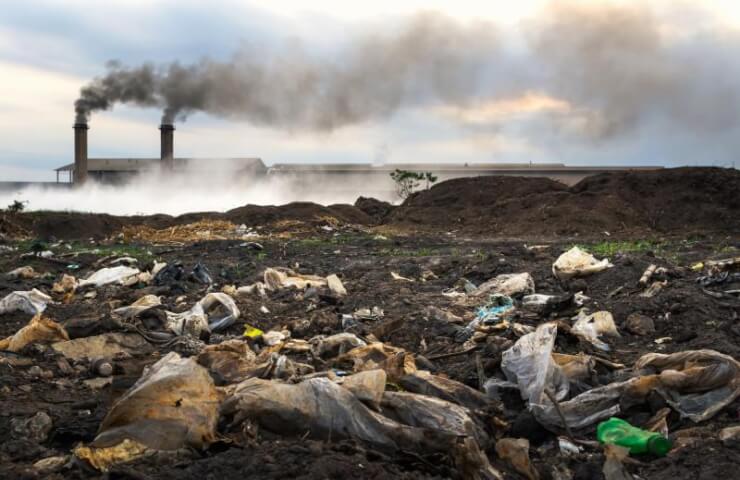 More than 3 billion hryvnias of losses for environmental damage were accrued to Ukrainian enterprises by the State Environmental Inspectorate for 10 months of 2021. This was reported by the press service of the department.

The inspectorate said that they carried out more than 36 thousand inspections, as a result of which more than 39 thousand administrative protocols were drawn up on violation of environmental legislation. More than 35 thousand people were brought to administrative responsibility.

Most of the damage was done to land resources - almost 2 billion hryvnia. Among the most frequent violations, which were recorded by the State Environmental Inspectorate, are littering of territories with waste, soil pollution, unauthorized use of land.

The largest number of admin protocols was drawn up in the field of waste management - almost 14 thousand, which indicates a significant amount of violations. About 58% of the protocols are related to industrial waste.

Polesie district (Zhytomyr and Rivne regions) made up the largest number of admin protocols - almost 5 thousand. More than 880 million hryvnia of damage - the largest share of the total amount, calculated by employees of the Central District (Cherkasy and Poltava regions).

Финансовая аналитика, прогнозы цен на сталь, железную руду, уголь и другие сырьевые товары. More news and analytics on Metallurgprom telegram channel - subscribe to get up-to-date market information and price forecasts faster than others.
Сomments
Add a comment
Сomments (0)
On this topic
ArcelorMittal Kryvyi Rih voluntarily paid over 7 million hryvnia for air pollution
Environmentalists filed claims against Metinvest plant in Kryvyi Rih for half a million hryvnia
Eristovsky GOK Konstantin Zhivago was fined $ 30 million for self-seizure of about 160 hectares of
Numerous violations of environmental legislation have been identified at Severny GOK of Metinvest
ArcelorMittal Kryvyi Rih caught violating environmental legislation
The State Environmental Inspection will not allow disrupting the terms of commissioning of a new
Recommended:
ArcelorMittal invests $25 million in nuclear technology development
The abolition of export duty in India may reduce the price of Turkish steel
EU extends anti-dumping duties on cold rolled steel from China and Russia
News Analytics
China's iron ore output to rise in 2023 as new projects are launched30-11-2022, 18:10
"Centravis" agreed to supply a new batch of seamless pipes to a30-11-2022, 16:51
Metinvest enterprises in Ukraine resumed work after massive shelling of29-11-2022, 11:59
The European Council added the violation of restrictive measures (sanctions) to28-11-2022, 14:22
The abolition of export duty in India may reduce the price of Turkish steel28-11-2022, 14:07
Commodity prices will fall, metals quotes will rise slightly - Focus Economics28-11-2022, 13:28
Platinum market to face shortage next year - WPIC22-11-2022, 18:25
Global steel demand falls and will fall by 2.3% in 2022: WorldSteel19-10-2022, 23:12
Iron ore prices fall to 11-month low15-10-2022, 10:36
China production cuts in winter will give limited boost to steel markets -15-09-2022, 10:09
Sign in with: