Tesla continues to build EV factories around the world, with a Texas plant due to be completed by the end of 2021. 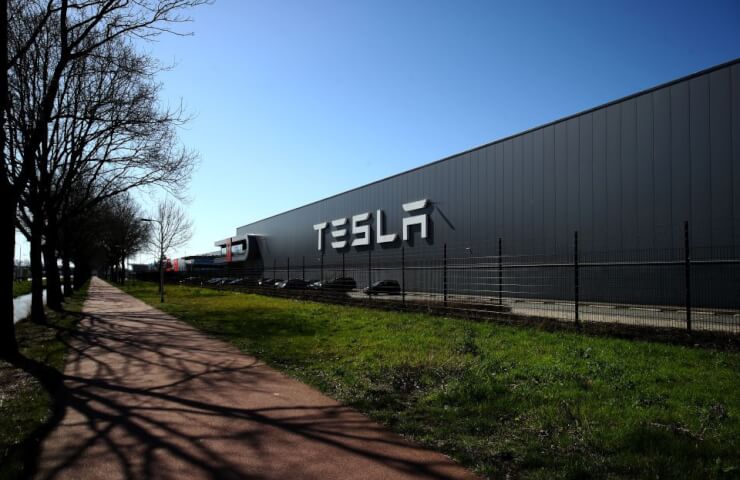 Tesla is gearing up to dominate its electric vehicles in the coming years, and the proof is that it is investing $ 1.06 billion in a Gigafactory in Texas, where it will also produce the Cybertruck electric truck.

According to construction documents from the Texas Department of Regulatory Affairs, Musk is sparing no resources for its new car plant in Austin, Texas, and is aiming to complete several key elements of the complex by December 31st.

The Travis County, Texas plant is a 2,000 acre facility where Tesla will begin manufacturing its electric vehicles in the near future.

Megaproject started in September 2020 with the construction of objects for bodywork, stamping, casting, painting and complete assembly of cars at the plant.

Tesla also has factories in California, Nevada and Shanghai, and is currently building a factory near Berlin to manufacture its models for Europe.

Tesla previously announced to local authorities that it plans to spend $ 1.1 billion on a Texas plant and has received at least $ 14.7 million in tax breaks, CNBC reported.

Tesla said it plans to hire "thousands" of workers at the plant, to which Austin Mayor Steve Adler commented in October that Tesla is "perfect" for the city and region.

Финансовая аналитика, прогнозы цен на сталь, железную руду, уголь и другие сырьевые товары. More news and analytics on Metallurgprom telegram channel - subscribe to get up-to-date market information and price forecasts faster than others.
Сomments
Add a comment
Сomments (0)
On this topic
The reason for Elon Musk's move from California to Texas has become known - it's steel
Pre-order the new Tesla pickup Cybertruck made about 146 000 customers – Elon Musk
Elon Musk introduced Tesla electric pickup Cybertruck at a price of 40 thousand dollars
Tesla decided to mine lithium in Nevada
Elon Musk will invest in the factory in Berlin 4.4 billion euros
Tesla postpones launch of Cybertruck pickup truck until next year due to battery shortage
Recommended:
The global high-strength steel market will grow steadily by 5% annually for the next 5 years
IMF: The world economy has fallen back to the state of the Second World War
Ukraine and Great Britain signed an agreement on the abolition of import duties and tariff quotas
News Analytics
The largest producer of titanium raw materials in Ukraine OGCC will sell25-05-2022, 20:48
Glencore accused of bribery in London pleads guilty in the US25-05-2022, 10:44
Swiss oil and gas equipment manufacturer Sulzer leaves Russia24-05-2022, 13:08
BIR: European Commission's decision on scrap metal will be the most tragic24-05-2022, 11:41
Rejection of Russian palladium destroys markets24-05-2022, 11:41
US steel market sentiment becomes more price neutral05-05-2022, 10:15
The global high-strength steel market will grow steadily by 5% annually for the04-05-2022, 08:45
China steel inventories hit 13-month high amid COVID-19 outbreak30-04-2022, 16:38
Slowdown in global auto sector affects steel prices27-04-2022, 12:36
World alumina production reaches a record 138 million tons21-04-2022, 09:54
Sign in with: