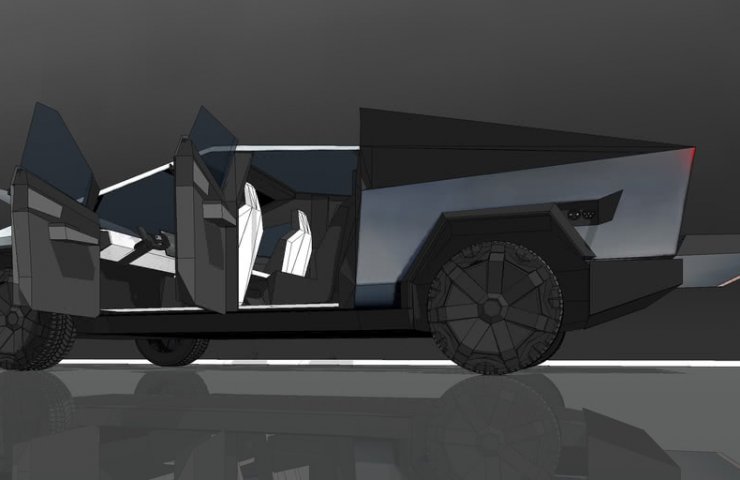 Tesla, according to Electrek, has struck a deal with steelmaker Steel Dynamics to supply steel for the Cybertruck electric pickup truck, which is slated for production at Tesla's new Texas plant.

Tesla is currently building its own plant in Austin, Texas, just a few hours from the new steel plant that Steel Dynamics is completing.

When Elon Musk introduced Cybertruck last year, one of the most interesting features was that the car will not be built using a traditional car body system, but using new technology that resembles an exoskeleton.

At the same time, Musk said that the Cybertruck body uses the same alloy as in the Starship SpaceX interplanetary spacecraft.

The $ 1.7 billion steel plant under construction in Sintona is due to be operational by fall 2021.

Neither Tesla nor Steel Dynamics have confirmed a contract for the supply of steel to Cybertruck to date. Most likely, negotiations continue at the level of the top officials of the companies.

The quality of the stainless steel and the exoskeleton technology of the new machine are key factors for the performance of the future Cybertruck.

Tesla plans to launch an electric pickup truck in late 2021, and according to the latest data, the company has over 650,000 pre-orders for the electric vehicle.

Earlier it was reported that Musk moved to live in Texas, where a new Tesla plant is being built, without explaining the reasons for the move. The only thing he said was that his two biggest projects, the Tesla Gigafactory Austin and SpaceX's development of the Starship interplanetary spacecraft, are in Texas.

Experts believe that Musk moved to Texas made a banal desire to save on taxes. In California, his income would be taxed at a rate of 13.3%, excluding federal taxes, and the state of Texas does not tax its citizens additionally.