Elektrostal includes an electric arc furnace with a capacity of 565 thousand tons, a ladle furnace, as well as a 3-strand section continuous casting machine, which together will consume about 50-60 thousand tons of scrap metal per month. 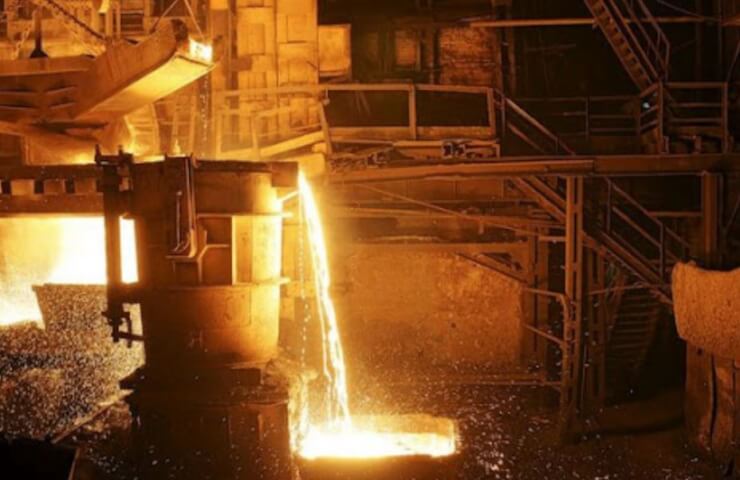 The commencement of full-fledged operation of the Electrostal metallurgical plant in Kurakhovo (Donetsk region, Ukraine) will mean a sharp increase in the deficit of scrap metal in the domestic market of the country and destabilization of the metallurgical industry. This is stated in article UAprom "Sale of Elektrostal: why Ukrainian metallurgists face a shortage of scrap metal."

As noted in the publication, Donetsk businessman Igor Andreev at the end of autumn 2021 sold idle due to the lack of scrap metal since December last year, Elektrostal of Ukrmet, which has scrap collection sites throughout Ukraine.

“For the full operation of the plant, it will take about 50-60 thousand tons of scrap metal per month. In an annual projection, we reach the figure of 1.1-1.2 million tons (together with exports). There is simply no such additional volume on the Ukrainian market, ”warns Igor Guzhva, head of the analytical center CMD-Ukraine.

Since the summer, Ukrmetallurgprom has repeatedly appealed to the Ukrainian government to impose a ban on the export of scrap metal. However, the officials were never able to make a decision. As a result, on the eve of a difficult winter period, metallurgists are forced to work virtually “off the wheels”, without strategic reserves.

In the Russian Federation, neighboring with Ukraine, export duties on the export of scrap just this year have been raised twice and this week they are again increasing to 100 euros per ton from January 1, 2020.

The EU introduced a de facto manual control of the scrap export ban in November for environmental reasons.

Финансовая аналитика, прогнозы цен на сталь, железную руду, уголь и другие сырьевые товары. More news and analytics on Metallurgprom telegram channel - subscribe to get up-to-date market information and price forecasts faster than others.
Сomments
Add a comment
Сomments (0)
On this topic
Elektrostal plant in Kurakhovo continues to idle due to a shortage of scrap metal
Metallurgical plant in Kurakhovo has been idle for four months due to a shortage of scrap metal
Russian oligarch asks the Russian government to return 18 billion rubles invested in DEMZ
How the reform of the electricity market in Ukraine can lead to a collapse and what to do about it
In 2020, the largest metallurgical companies in Russia reduced steel production by 2.4%
Scrap collectors of Ukraine actively protest against the extension of the duty on the export of
Recommended:
India launches carbon trading market
The strategy for the development of Russian metallurgy will be "quickly approved" in the Kremlin - Dmitry Peskov
ArcelorMittal Temirtau signed a Memorandum to ensure industrial safety
News Analytics
POSCO Expands Collaboration with Global Iron Ore Supplier Vale on Mild Steel19-08-2022, 11:33
Droughts affect Europe's hydropower market, exacerbating energy crisis19-08-2022, 11:37
Rosneft transfers refineries to its own catalysts17-08-2022, 10:55
ArcelorMittal Temirtau signed a Memorandum to ensure industrial safety17-08-2022, 10:26
British metallurgists raise steel prices again due to rising energy prices17-08-2022, 10:12
UBS raises global LFP battery market share forecast to 40% by 203017-08-2022, 11:26
Automotive steel market to exceed $161.75 billion by 203015-08-2022, 14:34
The US market may begin a collapse in prices for thick sheet14-07-2022, 09:39
High iron ore shortage could halt metallurgy's green transition28-06-2022, 14:02
Price volatility hits global steel market27-06-2022, 19:28
Sign in with: