The changes take effect immediately, the day after the decision is published in the official state media. 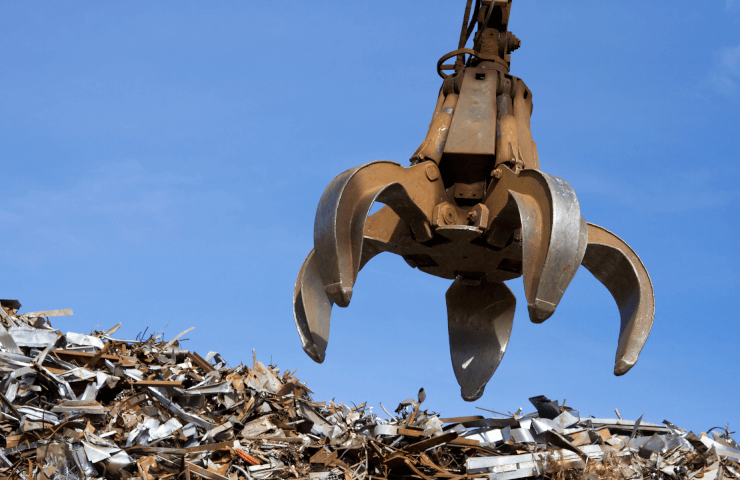 The Verkhovna Rada of Ukraine on December 2, 2021 decided to increase the duty on the export of scrap metal from 58 to 180 euros per ton by amending the final and transitional provisions of the Law of Ukraine No. 1419-IX on overcoming the deficit of scrap metal in the domestic market.

242 deputies voted for this decision, with the minimum required 226.

This provision is contained in the draft law, which amends the annexes to the Law of Ukraine "On the State Budget of Ukraine for 2021" (in relation to the implementation of infrastructure projects and the development of social and cultural facilities).

The rate of duty on the export of scrap metal at 180 euros per ton is introduced from the next day after the publication of the law in official publications. According to the initiators of the changes, the increase in the export duty will help to increase the revenue side of the state budget from foreign trade operations with scrap metal.

Exports of scrap metal in January-November 2021 amounted to 547.5 thousand tons (a significant increase in supplies compared to the same period last year, when only 33.0 thousand tons were exported). The growth in exports was due to a favorable situation in foreign markets and corresponding price levels, as well as a surplus of scrap metal in the domestic market.

Финансовая аналитика, прогнозы цен на сталь, железную руду, уголь и другие сырьевые товары. More news and analytics on Metallurgprom telegram channel - subscribe to get up-to-date market information and price forecasts faster than others.
Сomments
Add a comment
Сomments (0)
On this topic
Volodymyr Zelenskyy signed a law to extend the export duty on ferrous scrap
The Verkhovna Rada of Ukraine extended the duty on the export of ferrous scrap
Scrap collectors of Ukraine actively protest against the extension of the duty on the export of
Elektrostal plant in Kurakhovo continues to idle due to a shortage of scrap metal
Ukrmetallurgprom advocated prolongation of the duty on the export of scrap metal from Ukrayrna for
European Union scrap collectors worried about possible export restrictions
Recommended:
Former Deputy Director of the State Development Bank of China charged with bribery
China spent more than $6 billion on Russian energy imports in April
IMF: The world economy has fallen back to the state of the Second World War
News Analytics
The largest producer of titanium raw materials in Ukraine OGCC will sell25-05-2022, 20:48
Glencore accused of bribery in London pleads guilty in the US25-05-2022, 10:44
Swiss oil and gas equipment manufacturer Sulzer leaves Russia24-05-2022, 13:08
BIR: European Commission's decision on scrap metal will be the most tragic24-05-2022, 11:41
Rejection of Russian palladium destroys markets24-05-2022, 11:41
US steel market sentiment becomes more price neutral05-05-2022, 10:15
The global high-strength steel market will grow steadily by 5% annually for the04-05-2022, 08:45
China steel inventories hit 13-month high amid COVID-19 outbreak30-04-2022, 16:38
Slowdown in global auto sector affects steel prices27-04-2022, 12:36
World alumina production reaches a record 138 million tons21-04-2022, 09:54
Sign in with: