Taking into account the 25% customs duty previously introduced by Donald Trump, the total size of trade barriers becomes a barrier for the company's products. 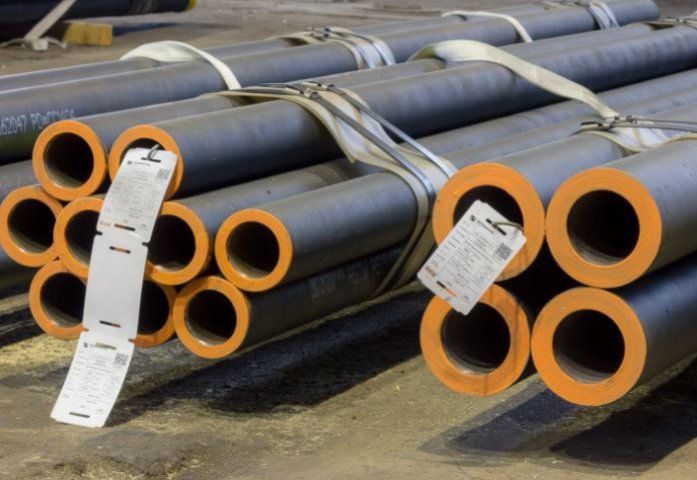 Ukrainian industrial company Interpipe will study the economic feasibility of continuing to supply line pipes to the United States after the introduction of the final anti-dumping duties of 23.75%.

This was announced by Denis Morozov, First Deputy General Director of Interpipe, in an interview with Metal Courier.

“This is definitely not the solution we expected. Interpipe submitted justifications and arguments against the introduction of the duty, but they were not taken into account. Of course, the new rate of 23.75% is better than the initially announced option of 41.23%, but in any case, the economic efficiency and expediency of deliveries to the United States is significantly reduced, "he said.

At the same time, according to him, taking into account the 25% customs duty previously introduced by Donald Trump, the total size of trade barriers becomes a barrier for the company's products.

“Of course, Interpipe continues to supply the American market, but in the future we will study their economic efficiency and hope that new relations will be built with the new US President Joe Biden. Accordingly, Ukraine will be able to reopen negotiations to abolish Section 232, which is a significant barrier to supply growth. However, all this will take time ", - noted D. Morozov.

The top manager also drew attention to the fact that now in the United States there is again a boom in the oil and gas sector amid rising prices for hydrocarbons, and American companies have resumed drilling.

“Now is just the right time for us to ramp up our supply of threaded OCTG pipes, including premium and semi-premium products. We are actively engaged in its production and promotion, ”he said.

D. Morozov noted that in the first half of 2021, Interpipe has already increased the supply of OCTG pipes to the United States and expects that positive dynamics will continue in the second half of this year. In addition, one of the achievements of this year in the American market, the top manager named the successful launch of a string of semi-premium pipes from Interpipe.

“We have always strived to supply more high-margin OCTG pipes to the American market. Since the beginning of 2021, the share of threaded pipes in total supplies has returned to a high level - 77%, ”he stated.

Финансовая аналитика, прогнозы цен на сталь, железную руду, уголь и другие сырьевые товары. More news and analytics on Metallurgprom telegram channel - subscribe to get up-to-date market information and price forecasts faster than others.
Сomments
Add a comment
Сomments (0)
On this topic
"Naftogaz" has filed a lawsuit against the government of Ukraine for the issuance of a
Belanto Trade accused Dmitry Firtash of tarnishing the company's image to eliminate a competitor
Demand for pipes collapsed in Ukraine - Interpipe
President trump repeated his last year's message on Twitter about Iran
At a metallurgical plant in Dnipro, for the first time in Ukraine, they began to
Dniprovsky Metallurgical Plant switches to alternative heating
Recommended:
China's leading industrial profits fall 2.1% in first 8 months
China's Hainan Province to ban internal combustion engines by 2030
Financial giant Goldman Sachs begins massive layoffs
News Analytics
The production of passenger cars in Russia decreased by 2.8 times in eight29-09-2022, 11:19
Donetsk and Torez electrotechnical plants will start producing electrical29-09-2022, 11:37
Ukrainian coking plants reduced gross coke production by 55.2%29-09-2022, 11:28
China ramps up investment in transport to bolster economy29-09-2022, 11:33
The heads of mining companies named the main risks for business29-09-2022, 10:03
China production cuts in winter will give limited boost to steel markets -15-09-2022, 10:09
Steel prices may rise as manufacturers stop production11-09-2022, 14:06
IREPAS: The global long products market is in a "dramatic situation"10-09-2022, 20:49
Steel prices are unlikely to rise significantly in the near future - analysts02-09-2022, 22:58
Steel prices may move up on new data from China31-08-2022, 12:19
Sign in with: