The association of producers of ferroalloys and other electrometallurgical products is not sure whether the signing of the Free Trade Agreement with Turkey will be aimed at supporting, rather than creating barriers for the Ukrainian producer. 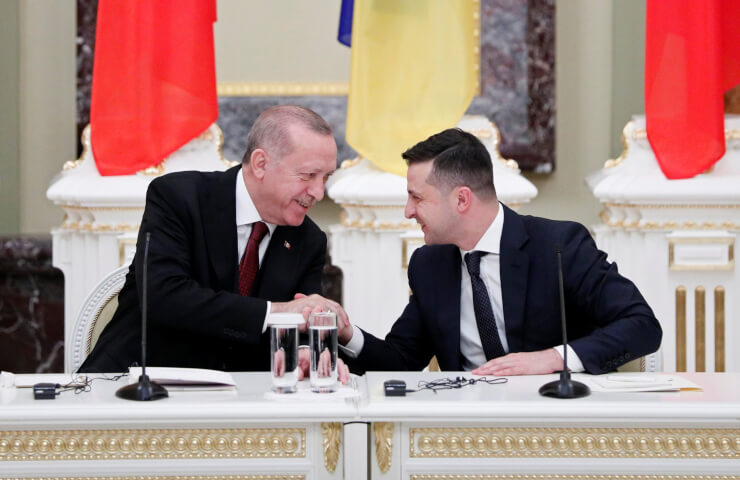 Today, the Ukrainian Association of Producers of Ferroalloys and Other Electrometallurgical Products once again appealed to the government of Ukraine in connection with the preparations for the conclusion of an Agreement on a free trade zone with Turkey.

In previous appeals, ferroalloy producers have already noted the need to remove any restrictive measures from Turkey, which may further damage the economy of Ukraine and its industrial complex.

The association recalled that back in 2018, Ukraine was excluded from the list of countries to which Turkey provided advantages for exporting products and guaranteed the absence of restrictive measures under the Generalized System of Preferences. As a result, import duties began to apply to the products of Ukrainian ferroalloy enterprises exported to the Turkish market, and domestic ferroalloy enterprises were forced to significantly reduce their share of their presence in the Turkish market, while the share of products of other major global manufacturers in this market increased significantly.

“Today, the level of customs and tariff protection of the Turkish domestic market is too high and, unfortunately, if the position of the domestic manufacturer is not taken into account, the signing of the said Agreement will contribute to an increase in Turkish imports to the territory of Ukraine, in contrast to the level of Ukrainian exports , the volume of which will only decrease,” the Association noted.

Ukrainian ferroalloy producers expect that the fact that Ukraine currently does not have tariff preferences will be taken into account when agreeing on trade positions, and the signing of the Free Trade Zone Agreement with Turkey will be aimed at supporting, and not at creating barriers for domestic producers, and will not entail undesirable and unexpected negative consequences for the Ukrainian economy.

Финансовая аналитика, прогнозы цен на сталь, железную руду, уголь и другие сырьевые товары. More news and analytics on Metallurgprom telegram channel - subscribe to get up-to-date market information and price forecasts faster than others.
Сomments
Add a comment
Сomments (0)
On this topic
Ukrainian industrial associations have announced the threat of a secret agreement with Turkey
Turkish business intends to invest in Ukrainian renewable energy and pharmaceuticals
US lowers import duties on Turkish steel to 25 percent
Ukraine will not participate in the investigation of the Customs Union on the supply of ferroalloys
Ukrainian Association of Ferroalloy Producers warns of "critical consequences" of tariff
How can integrated subsoil use objects help the development of raw materials exports in Ukraine?
Recommended:
ArcelorMittal invests $120m in US green steel company
Ukraine arrested Russian metallurgical assets
Europe's passenger car market records its worst year since the turn of the century
News Analytics
World steel production in December 2022 collapsed by 10%31-01-2023, 14:36
Ukraine arrested Russian metallurgical assets31-01-2023, 10:13
War in Ukraine to accelerate world economy transition to clean energy - BP30-01-2023, 11:49
ArcelorMittal invests $120m in US green steel company30-01-2023, 11:11
The United States refused to comply with the decision of the WTO on tariffs on29-01-2023, 20:08
S&P: Russia will continue to dominate the steel export market in the Black05-01-2023, 11:22
Fitch Analysts Predict Big Drop in Global Steel Consumption This Year14-12-2022, 13:59
Analysts predict 5% annual growth in the iron casting market through 203006-12-2022, 12:44
Commodity prices will fall, metals quotes will rise slightly - Focus Economics28-11-2022, 13:28
Platinum market to face shortage next year - WPIC22-11-2022, 18:25
Sign in with: