Since the beginning of April, the United States has completely stopped importing oil from Russia

In early March, the administration of US President Joe Biden announced a ban on oil imports from Russia. 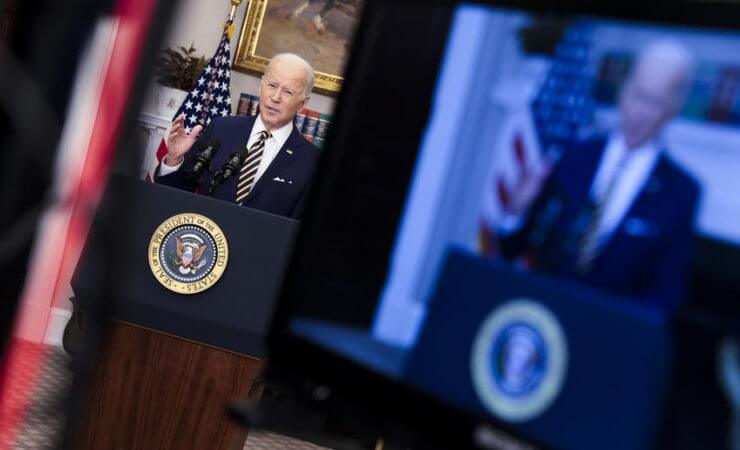 The United States stopped importing Russian oil in the week ended April 1, according to the Energy Information Administration of the US Department of Energy.

The last time the United States stopped buying Russian oil in the week from February 19 to 25, however, it resumed imports the very next week at the maximum volume for 2022 - 148 thousand barrels per day. On average, in March, daily oil imports from Russia amounted to 52 thousand barrels

In early March, the administration of US President Joe Biden announced a ban on oil imports from Russia.

In a month and a half since the start of Russia's special military operation aimed at the demilitarization and denazification of Ukraine, more than 4 million people fled across the border of Ukraine, a quarter of the country's population was left homeless, many cities were turned into ruins. This gave rise to new Western restrictions on the Russian elite and the economy.

Финансовая аналитика, прогнозы цен на сталь, железную руду, уголь и другие сырьевые товары. More news and analytics on Metallurgprom telegram channel - subscribe to get up-to-date market information and price forecasts faster than others.
Сomments
Add a comment
Сomments (0)
On this topic
Joe Biden's administration intends to block the Nord Stream 2 project with new sanctions
US investment in a carbon-free economy could exceed $ 10 trillion
Trump's steel tariffs become Biden's political headache - Politico
US and EU end Trump-era tariff war over steel and aluminum
US to impose sanctions against Nord Stream 2 by the end of the year
How the reform of the electricity market in Ukraine can lead to a collapse and what to do about it
Recommended:
ArcelorMittal raises European steel prices on rising energy prices
London Metal Exchange for the first time in history banned trading for ethical reasons
Steel plant in Switzerland prepares for shutdown and layoffs
News Analytics
EU plans additional sanctions against Russian metallurgy27-09-2022, 10:34
The European Commission has approved 5.2 billion euros of state support for27-09-2022, 10:43
China's leading industrial profits fall 2.1% in first 8 months27-09-2022, 10:20
Moody's changed the outlook for the global mining industry to26-09-2022, 19:04
Russia may increase taxation of oil, gas, coal and fertilizers26-09-2022, 15:58
China production cuts in winter will give limited boost to steel markets -15-09-2022, 10:09
Steel prices may rise as manufacturers stop production11-09-2022, 14:06
IREPAS: The global long products market is in a "dramatic situation"10-09-2022, 20:49
Steel prices are unlikely to rise significantly in the near future - analysts02-09-2022, 22:58
Steel prices may move up on new data from China31-08-2022, 12:19
Sign in with: