The mayor of Taranto, Italy, where the largest metallurgical plant in Europe ILVA operates, met with a representative of the State Energy Efficiency of Ukraine and talked about the "green" power industry. 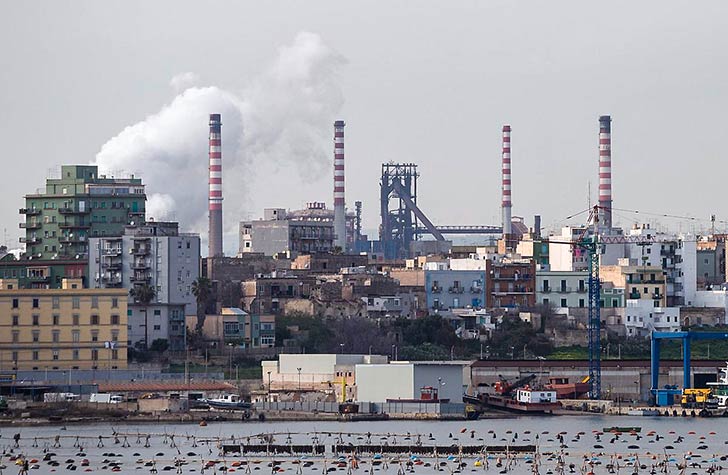 The meeting took place within the framework of the visit of the Ukrainian delegation to Italy, organized at the initiative of the Embassy of Ukraine in Italy and the Ukraine-Italy Chamber of Commerce and Industry.

In particular, at a bilateral round table in the city of Bari and an interstate seminar in the city of Taranto, issues of deepening investment cooperation between countries, as well as sustainable development of communities, the introduction of innovations, and the establishment of partnerships between Ukrainian and Italian cities were considered.

Also, within the framework of the Ukraine-Italy workshop, a meeting was held with the President of the Taranto Province, Giovanni Gugliotti.

“Italy is one of the largest economic partners of Ukraine. In addition, Italy has a developed "clean" energy: the country has already reached its national goal until 2020. And in 2017 the share of "green" energy exceeded 18%. Therefore, we are interested in Italian investments, technologies and experience, "- said K. Gura.

According to REN21, in 2018 Italy was among the TOP-10 countries in the world for innovations in solar and wind energy capacities.

“The domestic market for“ green ”projects is actively developing. In the first half of this year alone, more than 1,600 MW of new green power generation capacities were installed. This is almost 2 times more than for the entire 2018, ”K. Gura noted.

Joint projects for growing biomass and producing energy “not from gas” are also relevant.

I am convinced that the development of cooperation should lead to an increase in investments in Ukraine and an increase in the volume of trade between the countries, "K. Gura summed up.

As a result, the parties agreed to work out ways of further partnership in "clean" energy, as well as in the field of energy efficiency and energy waste disposal.

Recommended:
Two Killed, Four Missing in a Fire at a Gold Mine in East China
Fitch Ratings Warns of “Shocking Impact” on Fossil Fuel Exporters
Lufthansa has a record loss of 6.7 billion euros in 2020
On this topic
Gas as a weapon of Russia's hybrid war: how to deal with it?
Canadian investors analyze the prospects for the implementation of "green" projects in Ukraine
By the end of the year, Ukraine must pay $ 3.3 billion of public debt
Integrated border management strategy approved in Ukraine
Agreement on duty-free delivery of Ukrainian pipes to the USA canceled
State Energy Efficiency of Ukraine announced 2 billion euros of investments
Add a comment
Сomments (0)
News Analytics
US Senate Adopts $ 1.9 Trillion Stimulus Package06-03-2021, 23:54
Tibet invests about $ 30 billion in infrastructure projects in 5 years06-03-2021, 14:39
Siemens Energy promised Deutsche Welle to closely monitor democracy in Belarus06-03-2021, 10:32
US and EU suspend the collection of duties that were imposed against each other05-03-2021, 22:48
Turboatom and Electrotyazhmash discussed prospects for cooperation under05-03-2021, 19:04
Spread between raw materials and high strength alloy steel in Europe increased01-03-2021, 20:21
Increase in prices is forecasted in the markets of steel raw materials -26-02-2021, 09:25
Troy ounce of gold will drop $ 500 in two years - Fitch25-02-2021, 18:29
Global iron ore production growth to outstrip cumulative production in India23-02-2021, 10:22
Fitch Ratings Warns of “Shocking Impact” on Fossil Fuel Exporters18-02-2021, 14:44
Sign in with: