Ukraine can become a powerful player in the international energy arena thanks to the development of hydrogen energy, the State Energy Efficiency Agency said. 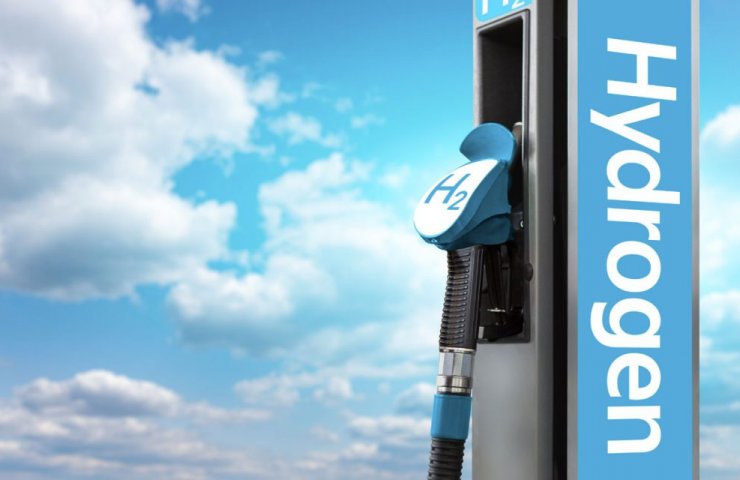 Hydrogen energy can provide an opportunity for Ukraine to become a powerful player in the international energy arena. This was announced by Konstantin Gura, acting. Chairman of the State Energy Efficiency of Ukraine, during the conference "Green Hydrogen", initiated by Hydrogen Europe, the German Association for Hydrogen and Fuel Cells (DWV), Eurogas and the hydrogen alliance of Bavaria.

Like the leading countries of the world, Ukraine has chosen the path of decarbonizing its economy. One of the tools is the widespread introduction of hydrogen technologies. Today, hydrogen energy in the world is a large competitive market with a geopolitical component.

Konstantin Gura recalled that Ukraine has been identified as a priority partner of the EU for cooperation in the production and use of "green" hydrogen.

According to him, using the significant potential of renewable energy sources and the capabilities of its one of the largest gas transmission systems in Europe, Ukraine can become a key exporter of "green" hydrogen to the EU countries.

The average annual production of "green" hydrogen in Ukraine may amount to 5.5 billion nm3. Such opportunities for hydrogen generation in Ukraine have been confirmed in a study conducted by UNECE with the support of the Ministry of Energy and State Energy Efficiency. Its results will become the basis for the national hydrogen strategy.

This document will determine all promising areas of production and use of hydrogen, identify key stakeholders in the field, activities, development of standards and technical requirements, legislative framework, declare the need for investments and methods support the direction.

Norbert Bartl, Parliamentary State Secretary of the Federal Ministry for Economic Cooperation and Development of Germany, spoke about the prospects of hydrogen energy both for the whole world and for Germany.

In turn, Secretary General of Hydrogen Europe Yorgo Hajimarkakis drew attention to the recently approved EU package of proposals for achieving climate neutrality - "Fit for 55", which also identifies the necessary steps to develop the production and use of hydrogen in industry and transport.

Финансовая аналитика, прогнозы цен на сталь, железную руду, уголь и другие сырьевые товары. More news and analytics on Metallurgprom telegram channel - subscribe to get up-to-date market information and price forecasts faster than others.
Сomments
Add a comment
Сomments (0)
On this topic
Is it possible to replace Russian gas in the Ukrainian GTS with "green" hydrogen?
Ukrainian hydrogen for Europe: an image of the future or a soap bubble?
Ukrainian officials discussed the possibility of cooperation with the Netherlands on hydrogen
Representatives of Ukraine and Germany discussed the prospects for cooperation in the
Ukraine is a priority partner in the implementation of the European hydrogen strategy
Ukraine is regarded as a key EU partner in the development of hydrogen technologies
Recommended:
Islamabad receives $1.5 billion investment proposal for PSMC privatization
ThyssenKrupp invests 2 billion euros in the construction of Europe's largest DRI plant
Deere invests billions in self-driving tractors
News Analytics
EBRD downgrades Ukrainian economic growth forecast for 2023 from 25% to 8%28-09-2022, 13:57
EU plans additional sanctions against Russian metallurgy27-09-2022, 10:34
The European Commission has approved 5.2 billion euros of state support for27-09-2022, 10:43
China's leading industrial profits fall 2.1% in first 8 months27-09-2022, 10:20
Moody's changed the outlook for the global mining industry to26-09-2022, 19:04
China production cuts in winter will give limited boost to steel markets -15-09-2022, 10:09
Steel prices may rise as manufacturers stop production11-09-2022, 14:06
IREPAS: The global long products market is in a "dramatic situation"10-09-2022, 20:49
Steel prices are unlikely to rise significantly in the near future - analysts02-09-2022, 22:58
Steel prices may move up on new data from China31-08-2022, 12:19
Sign in with: