Hydrogen energy can become a promising area of ​​cooperation between Ukraine and the Netherlands, according to the State Energy Efficiency Agency. 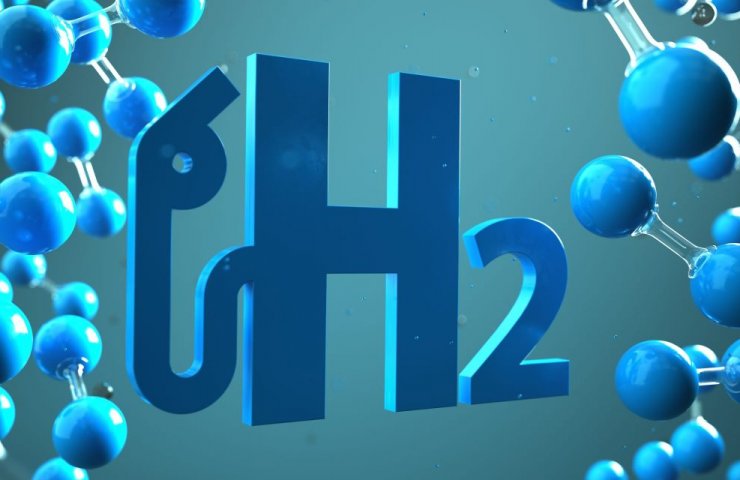 The potential of partnership between Ukraine and the Netherlands in the development of hydrogen technologies was discussed during an online meeting of the acting Chairman of the State Energy Efficiency Committee Konstantin Gura, Ambassador of Ukraine to the Kingdom of the Netherlands Vsevolod Chentsov and President of the Ukrainian Hydrogen Council Alexander Repkin.

“Hydrogen is the future. This is one of the main instruments for decarbonizing the economy - today's global trend and a guarantee of sustainable development. The European Union has chosen the path to achieving climate neutrality. In its hydrogen strategy, the EU has identified Ukraine as one of its partners. Therefore, we are already actively working on the development of hydrogen energy and we are confident that we need to join forces with the EU countries, ”said Konstantin Gura, acting Chairman of the State Energy Efficiency.

K. Gura spoke about the significant potential of Ukraine in the development of hydrogen energy, as well as about the already conducted studies of various methods of generating hydrogen, the existing and necessary infrastructure for its storage and transportation. Currently, work is underway on the Strategy for the development of hydrogen energy in Ukraine until 2050.

In turn, the Ambassador of Ukraine to the Kingdom of the Netherlands Vsevolod Chentsov outlined the ambitious goals of the Netherlands' hydrogen strategy. So, by 2025 it is planned to install 500 MW of electrolytic capacity, and by 2030 - to increase them to 3-4 GW, developing the corresponding infrastructure. A program for the introduction of hydrogen technologies is currently being developed.

Together with the state, business is also analyzing the feasibility of hydrogen projects. As you know, the Dutch consortium announced plans to launch the NortH2 project. It provides for the establishment of offshore wind farms in the North Sea, with a capacity of about 10 GW. It is also planned to build an electrolytic cell to convert wind energy into "green" hydrogen.

In Ukraine, the government, business and scientists are also working on the development of hydrogen technologies.

“We have created three powerful directions. The first is our scientific cooperation with all partner countries. The second is working with the government and parliament. We work closely within the framework of the inter-factional working group and together with the State Energy Efficiency Agency. The third is a platform for bringing together business efforts. By the way, thanks to our active work, we became a member of the European Association Hydrogen Europe, and hydrogen is included in the Economic Strategy of Ukraine until 2030, ”said Oleksandr Repkin.

Following the meeting, the parties agreed on the need to work out potential ways of cooperation between Ukraine and the Netherlands in the development of hydrogen energy, combining scientific and technical potential and discussing opportunities for joint pilot projects.

Финансовая аналитика, прогнозы цен на сталь, железную руду, уголь и другие сырьевые товары. More news and analytics on Metallurgprom telegram channel - subscribe to get up-to-date market information and price forecasts faster than others.
Сomments
Add a comment
Сomments (0)
On this topic
Ukraine is a priority partner in the implementation of the European hydrogen strategy
The development of hydrogen technologies is becoming a national security issue for Ukraine
Ukrainian hydrogen for Europe: an image of the future or a soap bubble?
For the first time in Ukraine, a passenger car running on hydrogen was certified
Is it possible to replace Russian gas in the Ukrainian GTS with "green" hydrogen?
Representatives of Ukraine and Germany discussed the prospects for cooperation in the
Recommended:
China ramps up investment in transport to bolster economy
ThyssenKrupp invests 2 billion euros in the construction of Europe's largest DRI plant
The European Commission plans to create a European hydrogen bank with a budget of 3 billion euros
News Analytics
British Steel owner asks government for financial support05-10-2022, 13:05
The price of gold crossed the mark of 1700 dollars05-10-2022, 13:28
US coal prices top $20004-10-2022, 10:16
Tata Steel merger plan to secure long-term profits03-10-2022, 10:46
US hydrogen prices to drop to zero dollars per kg in 5 to 6 years: Platts02-10-2022, 21:53
China production cuts in winter will give limited boost to steel markets -15-09-2022, 10:09
Steel prices may rise as manufacturers stop production11-09-2022, 14:06
IREPAS: The global long products market is in a "dramatic situation"10-09-2022, 20:49
Steel prices are unlikely to rise significantly in the near future - analysts02-09-2022, 22:58
Steel prices may move up on new data from China31-08-2022, 12:19
Sign in with: