Although the electricity supply has since been partially restored, industrial producers use electricity from the grid within the available quotas, which can change every day. 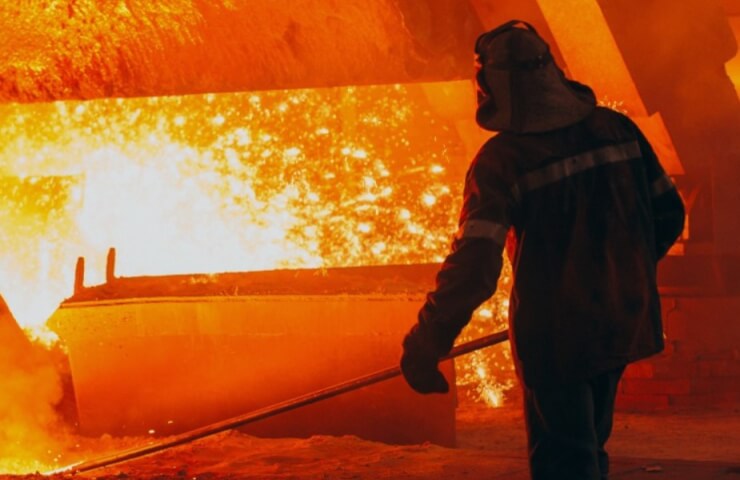 Last week, Russian missile attacks on Ukraine's infrastructure resulted in power outages across the country, leaving many major cities without water supplies. Metinvest, along with all other industrial enterprises operating in Ukraine, also suffered, as for the first time since the start of the special military operation of the Russian Federation, production at the Ukrainian enterprises of the group was stopped on an emergency basis due to a lack of electricity.

According to the press service Metinvest, today all the enterprises of the group affected by this situation in Ukraine have resumed work, with the exception of the Kametstal metallurgical plant. The assessment of possible damage to the production facilities of the enterprise after the shutdown and the timing of the resumption of production continues.

The long absence of deliveries of square billets from Kametstal may also lead to the suspension of production at the Bulgarian metallurgical plant of the Promet Steel group.

Further prospects for the work of the metallurgical complex of Ukraine are unknown, because it is impossible to predict how long Russian attacks on the country's energy infrastructure will continue. Despite the efforts of Ukrenergo, power plant operators and distribution network specialists to restore electricity supply, significant risks remain that the situation with the availability of electricity in the country will continue to deteriorate. As a result, there may also be interruptions in production at the Ukrainian assets of Metinvest.

Let us recall that after the end of the special operation of the Russian Federation in Ukraine, the Metinvest group intends to receive compensation from Russia for the enterprises destroyed as a result of the war and direct it to development Ukrainian assets. All losses caused by military operations, as well as the impact of these events on the main production assets of the group, including the above factors, will also be assessed and presented to the Russian Federation.

Финансовая аналитика, прогнозы цен на сталь, железную руду, уголь и другие сырьевые товары. More news and analytics on Metallurgprom telegram channel - subscribe to get up-to-date market information and price forecasts faster than others.
Сomments
Add a comment
Сomments (0)
On this topic
Metinvest reduced the use of its capacities by more than 40% due to the war in Ukraine
Metinvest enterprises in the Dnipropetrovsk region of Ukraine suspend work
Steel production in Ukraine in March fell by a third year-on-year
Yuzhmash told whether it is possible to launch reusable rockets from the Black Sea
Ferrexpo has suspended mining and production of iron ore in Ukraine
The first non-state mining and metallurgical university was created in Ukraine
Recommended:
Ukrzaliznytsia announced the purchase of rails in France cheaper than in Metinvest before the war
EU Green Deal should encourage investment in mild steel projects: Eurofer
ArcelorMittal invests $120m in US green steel company
News Analytics
EU Green Deal should encourage investment in mild steel projects: Eurofer02-02-2023, 16:32
Belarusian steel plant to operate at full capacity from February02-02-2023, 16:56
British Steel considers cutting up to 1,200 jobs at Scunthorpe02-02-2023, 11:50
Electric vehicles will play a key role in US aluminum production growth - Norsk01-02-2023, 12:17
The former president of Motor Sich was accused of aiding terrorists01-02-2023, 11:39
European stainless steel producers ready to raise prices31-01-2023, 16:16
S&P: Russia will continue to dominate the steel export market in the Black05-01-2023, 11:22
Fitch Analysts Predict Big Drop in Global Steel Consumption This Year14-12-2022, 13:59
Analysts predict 5% annual growth in the iron casting market through 203006-12-2022, 12:44
Commodity prices will fall, metals quotes will rise slightly - Focus Economics28-11-2022, 13:28
Sign in with: