representatives of the world Bank supported the aspirations of Ukraine regarding the implementation of European legislation. 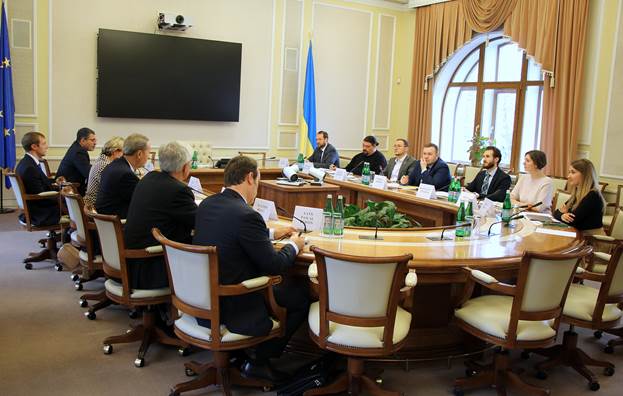 the Participants discussed the issues of unbundling (separation) of the NJSC "Naftogaz of Ukraine" attraction of investments into the Ukrainian GTS and establishment of an independent operator in accordance with European legislation, reform of the coal industry, State ecological Inspectorate, and the like.

Alex Orzel noted that today a revised road map for the reform of "Naftogaz" and intensified efforts to accelerate reforms. In particular, the Verkhovna Rada adopted in the second reading the draft law # 2239-1 secession from the NJSC "Naftogaz of Ukraine" activities for transportation of natural gas.

"Ukraine above all eager to work on European gas regulation. That is why will be separated to transport natural gas from production and supply," the Minister said and added that the use of Ukraine's GTS for the transit of natural gas to the EU guarantee Europe's energy security and promotes competition in the European gas market.

representatives of the world Bank, in turn, supported the aspirations of Ukraine regarding the implementation of European legislation, development of energy efficiency and resolve issues of environmental protection.

Recommended:
British car enthusiasts will be paid £ 3,000 to stay in their garage
Ukrainian-powered Antares launch vehicle successfully launched from Wallops cosmodrome
Illegal mining and logging in Ukraine will be monitored from space
On this topic
The effectiveness of energy service projects were twice as expected
A new lawsuit for "Gazprom": what does "Naftogaz" in the Stockholm arbitration?
Unbundling "Naftogaz" will bring the signing of a new agreement on the transit of Russian gas
The Verkhovna Rada will consider a bill to legalize the market of scrap metal
The Ukrainian government announced the "decentralization of European integration"
Ukrainian customs will protect intellectual property in a European way
Add a comment
Сomments (0)
News Analytics
Bosch launches automotive chip plant in Dresden08-03-2021, 13:45
Eurozone investor morale at its highest rise in 12 months08-03-2021, 12:30
Port on the coast of Pilbara in Australia stops shipments of iron ore due to08-03-2021, 11:14
Coronavirus drove Belgian skiers to the slopes of the Charleroi waste heap07-03-2021, 13:52
US Steel focuses on the production of nanosteel for high-strength alloys07-03-2021, 13:46
Spread between raw materials and high strength alloy steel in Europe increased01-03-2021, 20:21
Increase in prices is forecasted in the markets of steel raw materials -26-02-2021, 09:25
Troy ounce of gold will drop $ 500 in two years - Fitch25-02-2021, 18:29
Global iron ore production growth to outstrip cumulative production in India23-02-2021, 10:22
Fitch Ratings Warns of “Shocking Impact” on Fossil Fuel Exporters18-02-2021, 14:44
Sign in with: