Ukrhydroenergo made for gender balance in energy sector

In the framework of the energy security project (ESP) in company Ukrhydroenergo was implemented training module on gender equality. 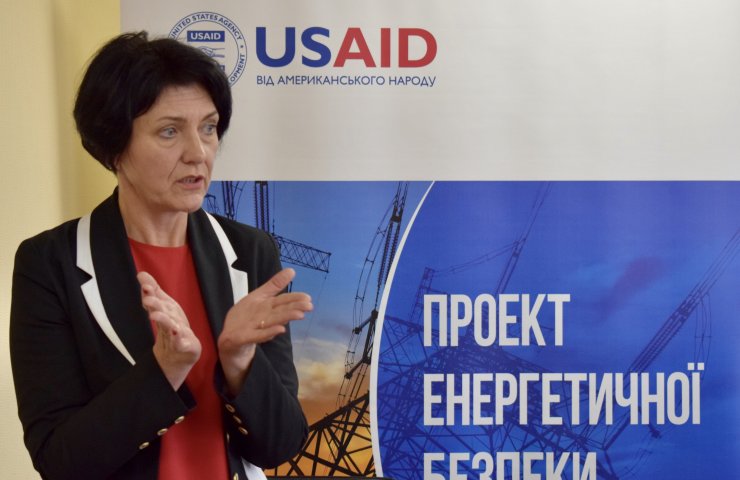 Real energy security requires high-quality energy services were affordable, reliable and safe for all citizens of Ukraine, said the press service of the Ukrhydroenergo.

the United States Agency for international development (USAID), cooperating with the government of Ukraine, donors, participants in the energy sector and the public with the aim of strengthening the energy security of Ukraine, conducted a series of trainings on gender equality in the company Ukrhydroenergo.

the Training was conducted by Yulia Galustyan, the gender specialist for USAID, which, as noted in Ukrhydroenergo, "was struck by the sincere interest of Directors of branches in the subject of gender equality".

"the Participants were very active in discussing issues related to ensuring equal rights and opportunities for women and men in the Ukrainian society in General and hydropower in particular. Look forward to the beginning of the training program on gender equality, which will be attended by representatives of the branches Ukrhydroenergo", - said Galustyan Yu.

Ukrhydroenergo is a leading manufacturer of electricity in Ukraine from renewable sources, which provides coverage of peak loads, frequency control and network capacity, mobile emergency reserve in the United energy system of Ukraine. 100% of the shares belongs to the state represented by the Ministry of energy and coal industry of Ukraine.

President John. F. Kennedy created the U.S. Agency for international development by order in 1961 to lead the efforts of the government of the USA on the international development and humanitarian activities. Today, USAID is helping to raise the standard of living, build community, and promote democracy. Since 1992, the total value of assistance provided to Ukraine by the USAID, is over 3 billion U.S. dollars.

Recommended:
Dneprovsk Metallurgical Plant specialists achieved record serial production of continuous casting machine
Rosatom has prepared a plan for the development of new nuclear technologies until 2030 for 500 billion rubles
Ferrexpo has identified cybersecurity as the most important factor for the future of the company
On this topic
Ukraine will allow the issuance of "green" bonds
Ukraine showed the Chinese company the investment potential of "clean " energy
Qatar will help Ukraine with recycling waste into energy
Gas as a weapon of Russia's hybrid war: how to deal with it?
Canadian investors analyze the prospects for the implementation of "green" projects in Ukraine
Integrated border management strategy approved in Ukraine
Add a comment
Сomments (0)
News Analytics
Demand for scrap metal in Ukraine exceeds supply by 5%19-06-2021, 11:45
Ukraine resumed sea purchases of gasoline due to restrictions on supplies from19-06-2021, 11:38
Installation of the first mine hoisting machine of Uralmashzavod began in Altai19-06-2021, 11:46
European designers have learned to inflate steel structures that could be a18-06-2021, 17:42
In Ukraine, police were accused of involvement in the theft of coal from trains18-06-2021, 17:51
Vaccinations fuel demand for platinum - World Platinum Investment Council08-06-2021, 12:55
Sharp price growth continues in the rolled metal market - Ukrpromvneshexpertiza08-06-2021, 11:04
Analysts note overheating of the global scrap metal market01-06-2021, 13:28
Hydrogen-fueled steelmaking could be competitive after 2050 - McKinsey19-05-2021, 14:22
Steel raw material prices are skyrocketing across the board18-05-2021, 12:34
Sign in with: