Minamaneho heard the reports of heads of several state-owned mines

the proposals of the heads of state mines will be taken into account by the Ministry while preparing the concept of reforming the coal industry of Ukraine. 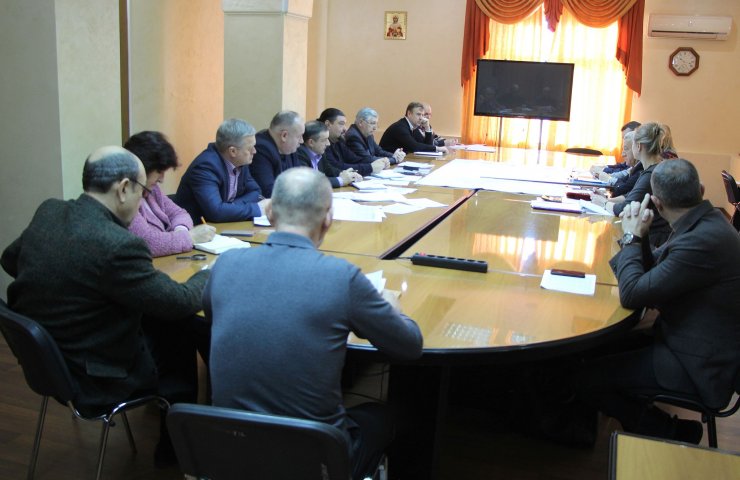 On behalf of the Prime Minister of Ukraine, November 19-22, Minamaneho the beginning of a series of working meetings with heads of the coal enterprises to discuss the issues of increasing the efficiency of the coal mining industry.

As reported in the press service of the Ministry on Tuesday evening, at the meeting were invited the heads of SE "SelidovUgol", GP "Moregroupware" SE "mine "Them.Surga" SE "mine "yuzhnodonbasskaya # 1", people's deputies of Ukraine, heads of relevant structural units of the Ministry, representatives of regional state administrations and trade unions.

Representatives of the mines reported on the current status and challenges of state-owned enterprises.

In particular, GP "mine "Them.Surga" working with profitability of more than 80 million since the beginning of the year. However, the Director said issues of taxation of profit of the mine.

GP "mine "yuzhnodonbasskaya # 1" was released on the balanced work after the settlement of the sale of coal products. The representative of the mine reported the need for repair of processing plant and mining equipment.

the Cost of coal production at one of the enterprises SE "SelidovUgol" has reached more than 60 000 hryvnia per ton of coal mined at its market value 2,500 hryvnia. Thanks to cooperation with a private investor, OP "mine 1/3 Novogrodovka" has reached stable performance.

In the mines OP "Ukraine", OP "Kotlyarevskaya" and OP "mine "Kurakhovskaya" coal has been mined in small volumes, these mines are unprofitable.

SE "of Moregroupware", OP "mine "Capital" is the cost of coal production more than 4,300 hryvnia per ton. The management of OP "mine 5/6" and OP "mine "Central" reported the loss of the mines and the need to develop a feasibility study of further operation.

the Importance of determining the future development of mines said Stanislav Kovalevsky:

"it is Necessary to consider the prospects for each coal company separately to ensure the sustainable development of energy sector of Ukraine, taking into account socio-economic aspects and the balance of the coal market".

Previously coalsalesthat Minamaneho the country begins reform of the coal industry, which will no longer loss-making enterprises. The Ministry will work submitted by the Directors of mines programs and proposals, which will then form the basis for the Concept of reforming the coal industry of Ukraine.

Elimination of unprofitable state mines was named a priority of the decree of the President Zelensky dated November 8, 2019 № 837 "On urgent measures to reform and strengthen the state." In particular, it is proposed that the preparatory activities and the privatization of promising coal mines and restructuring (conservation) unpromising coal mines.

Recommended:
British unions fear thousands of jobs to be lost due to Sanjiv Gupta's financial woes
Japanese submarine collides with merchant ship on surfacing
Ukrzaliznytsia in 2021 will invest over UAH 14 billion in production and infrastructure
On this topic
Ukraine will eliminate non-profitable coal gosshahty
Minamaneho of Ukraine will discuss with goehte prospects of their employment
In Luhansk region the miners refused to come to the surface
Zelensky has signed the law on the repayment of wage arrears to miners
Minamaneho asks members to approve 1 billion on payment of arrears to the miners
In Donetsk region, 2 mines were disconnected from the power supply
Add a comment
Сomments (0)
News Analytics
Bosch launches automotive chip plant in Dresden08-03-2021, 13:45
Eurozone investor morale at its highest rise in 12 months08-03-2021, 12:30
Port on the coast of Pilbara in Australia stops shipments of iron ore due to08-03-2021, 11:14
Coronavirus drove Belgian skiers to the slopes of the Charleroi waste heap07-03-2021, 13:52
US Steel focuses on the production of nanosteel for high-strength alloys07-03-2021, 13:46
Spread between raw materials and high strength alloy steel in Europe increased01-03-2021, 20:21
Increase in prices is forecasted in the markets of steel raw materials -26-02-2021, 09:25
Troy ounce of gold will drop $ 500 in two years - Fitch25-02-2021, 18:29
Global iron ore production growth to outstrip cumulative production in India23-02-2021, 10:22
Fitch Ratings Warns of “Shocking Impact” on Fossil Fuel Exporters18-02-2021, 14:44
Sign in with: