Negotiations on transit and gas supplies continued for several weeks. The parties accused each other of procrastination and delays, which could result in the suspension of gas supplies and new gas crisis. 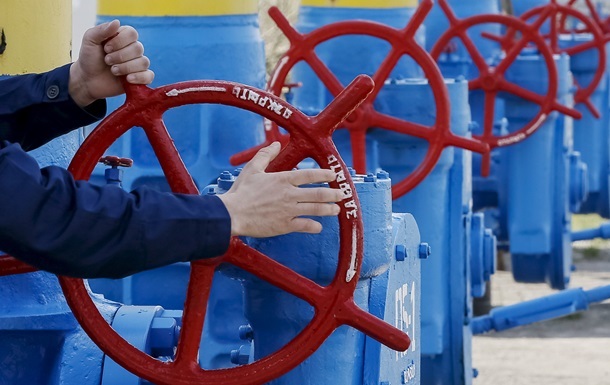 the Ukrainian state company Naftogaz, Russia's Gazprom and the operator of the gas transportation system (GTS) of Ukraine signed a package of agreements necessary for the continuation of transit of Russian gas through the territory of Ukraine for the next five years.

Prime Minister Dmitry Medvedev said that "the gas contract for the next five years between Russia and Ukraine is the compromise that was necessary to find".

"Now all the issues settled mutual claims discontinued. The transit of Russian gas through Ukraine will continue on terms acceptable to all parties. The signing of the documents shows that even on the most difficult issues you can talk and negotiate," wrote Medvedev on his page on Facebook.

As told in the press service of the NJSC "Naftogaz of Ukraine", the Operator of the Ukrainian GTS and Gazprom signed an agreement to continue the transit of Russian gas through the territory of Ukraine until 2024 inclusive.

"the Achievement of this result became possible thanks to systematic work of the team Naftogaz aimed at explaining the risks of the construction of "Nord stream - 2", the introduction of US government sanctions against it, quality holding unbundling and effective functioning of Naftogaz in arbitration", - said in Naftogaz.

In the package included:

All three agreements were signed in the course of execution of the minutes of the meeting held in Berlin and Minsk on December 19-20 this year with the participation of representatives of the EU, Ukraine and Russia, Naftogaz and Gazprom OHTSU.

Agreement, in particular, provide for:

Naftogaz said Gazprom's interest in future opportunities to resume gas supplies to Ukraine in keeping with the principle of pricing gas on the basis of the prices of European hub NCG. The issue of gas supplies is not a part of package agreements.

the Signed agreement also does not address the legal claims of the group companies Naftogaz of Ukraine against the Russian Federation about the captured of the group's assets in the Crimea. According to the results of signing the agreement, Ukraine will receive a guaranteed income from transit for the next five years. "The agreements signed today is the result of an acceptable compromise. The main result of the arrangements is obtaining nearly $ 3 billion from Gazprom that the Ukrainian GTS will be downloaded and will the next five years to break even work. The transit is not interrupted, it will carry out the independent certified operator. In addition, canceled numerous risks, including, for the country's financial system, which could be realized in the event of termination of transit. We are grateful to the European Commission for its consistent position, indicating the recognition of the reliability and efficiency of the Ukrainian GTS, as well as U.S. partners for the support of energy security on the European continent", - said the Chairman of the Board of Naftogaz Andrey Kobelev.

Финансовая аналитика, прогнозы цен на сталь, железную руду, уголь и другие сырьевые товары. More news and analytics on Metallurgprom telegram channel - subscribe to get up-to-date market information and price forecasts faster than others.
Сomments
Add a comment
Сomments (0)
On this topic
The first serial production of electric vehicles will be launched in Russia
The operator of the gas transport system of Ukraine has concluded agreements with all connecting
"Naftogaz" has filed a lawsuit against the government of Ukraine for the issuance of a
Meta Company accused Facebook of trademark infringement
The United States expands the list of organizations associated with the development of Russian
Turkey will buy engines for heavy attack helicopters in Ukraine
Recommended:
Financial giant Goldman Sachs begins massive layoffs
China's leading industrial profits fall 2.1% in first 8 months
China production cuts in winter will give limited boost to steel markets - Platts
News Analytics
EU plans additional sanctions against Russian metallurgy27-09-2022, 10:34
The European Commission has approved 5.2 billion euros of state support for27-09-2022, 10:43
China's leading industrial profits fall 2.1% in first 8 months27-09-2022, 10:20
Moody's changed the outlook for the global mining industry to26-09-2022, 19:04
Russia may increase taxation of oil, gas, coal and fertilizers26-09-2022, 15:58
China production cuts in winter will give limited boost to steel markets -15-09-2022, 10:09
Steel prices may rise as manufacturers stop production11-09-2022, 14:06
IREPAS: The global long products market is in a "dramatic situation"10-09-2022, 20:49
Steel prices are unlikely to rise significantly in the near future - analysts02-09-2022, 22:58
Steel prices may move up on new data from China31-08-2022, 12:19
Sign in with: