Metallurgical production in Donetsk region in October fell by 13.5%

the Production of metal products and fabricated metal products in Donetsk region in the annual comparison has fallen by 9.7%, manufacture of machinery and equipment increased by 0.3% 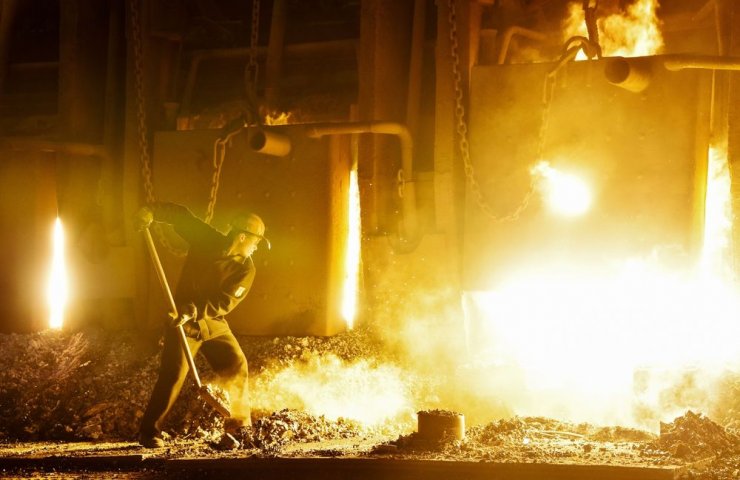 In the Donetsk region metallurgical production and production of finished metal products in October 2019 compared to October 2018 output decreased by 9.7%, according to data published on Monday General statistics office in Donetsk oblast.

Production of coke and refined petroleum products in the Donetsk region on a yearly comparison has decreased by 20.7%, output in mining and quarrying compared to September fell by 7.1%, while the metallurgic production and production of finished metal products decreased over the month by 13.5%

Production in October 2019 compared to September 2019 in mechanical engineering rose by 0.3% in manufacture of coke and refined petroleum products – by 0.5%, in the production, supply and distribution of electricity, gas, steam and air conditioned – by 5.8%, production of food products, beverages and tobacco products – by 15.3%. Manufacture of chemicals and chemical products in October compared with the previous month has not changed.

of Electricity in January–October 2019 generated 12.4 billion kWh, compared with January–November 2018 more than 0.4%.

overall industrial production in Donetsk region (excluding the temporarily occupied part of the territory) in January–October 2019 compared with January–October of the previous year grew by 3.7%. In October the volume of production was 0.6% higher than in October 2018, but 3.5% less than in September 2019. The decline in production in October was due mainly to problems of the metallurgical complex, in particular, with the situation on the markets of ferrous metals, as well as repairs and modernization of basic units.

Recommended:
Fitch Ratings Warns of “Shocking Impact” on Fossil Fuel Exporters
Trade union committee "Azovstal" received an answer to the question about the increase in tariffs for gas and electricity
Two Killed, Four Missing in a Fire at a Gold Mine in East China
On this topic
For the first time in two years, China has reduced steel production
The supply of electricity from Russia to Ukraine will be increased to market sources
The fall in steel prices has reduced the foreign currency proceeds to the budget of Ukraine
World steel production in September fell by 0.3%
Mechanical engineering remains the locomotive of industrial production growth in the Donetsk region
Steel production at record levels. What's next?
Add a comment
Сomments (0)
News Analytics
Bosch launches automotive chip plant in Dresden08-03-2021, 13:45
Eurozone investor morale at its highest rise in 12 months08-03-2021, 12:30
Port on the coast of Pilbara in Australia stops shipments of iron ore due to08-03-2021, 11:14
Coronavirus drove Belgian skiers to the slopes of the Charleroi waste heap07-03-2021, 13:52
US Steel focuses on the production of nanosteel for high-strength alloys07-03-2021, 13:46
Spread between raw materials and high strength alloy steel in Europe increased01-03-2021, 20:21
Increase in prices is forecasted in the markets of steel raw materials -26-02-2021, 09:25
Troy ounce of gold will drop $ 500 in two years - Fitch25-02-2021, 18:29
Global iron ore production growth to outstrip cumulative production in India23-02-2021, 10:22
Fitch Ratings Warns of “Shocking Impact” on Fossil Fuel Exporters18-02-2021, 14:44
Sign in with: