According to the forecasts, by 2050 by climate change annually will die at least 1 million people, if the Paris climate agreement will remain outstanding. 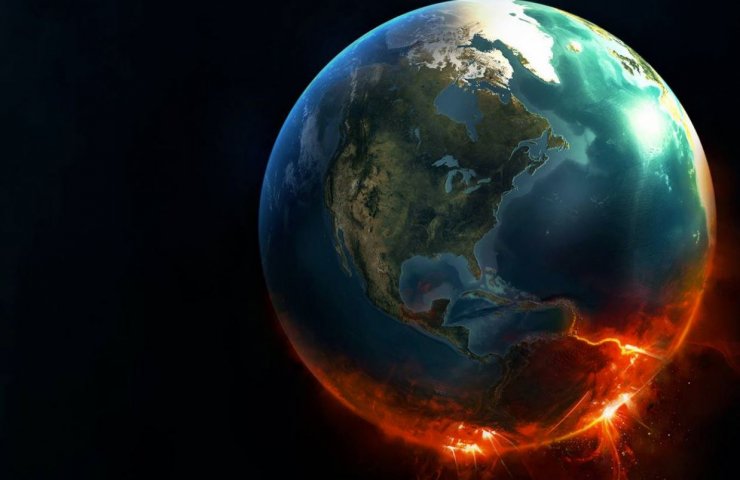 the Most common risk factors associated with climate change, the world health organization's (who) was recognized as heat stress, injuries or mortality from extreme weather events, diseases transmitted through food and water and vector-borne diseases (such as cholera, dengue and malaria). That is the conclusion of a new report, prepared on the basis of the surveys carried out by who in 101 country of the world.

About 60% of the countries that participated in the research, said that made the results of this evaluation, the findings did not affect the amount of financial or staff resources to accomplish the priorities in adaptation to climate change and protect the health of the population.

According to the study countries face difficulties in access to international climate Finance in order to protect public health. More than 75% of the countries reported lack of information or access to climate financing, more than 60% — about the lack of access of health sector to climate Finance processes, and more than 50% — about the lack of expertise for preparing bids.

the Survey showed that less than 25% of the countries have established a specific interaction between the health sector and sectors that are the main subjects of air pollution and climate change, such as the transport sector, industrial production of electricity and household energy.

"For the consequences of climate change will have to pay not only for future generations; people pay today, and their health," said Director General of the world health organization, Dr tedros adhanom Ghebreyesus.

who say that if you take measures to reduce carbon emissions, the impact of health two times higher than the costs. And subject to the achievement of the objectives of the Paris agreement, only related to air pollution, will by 2050 to save a million lives annually.

the results of the study who presented on the second day of the Conference on climate change in Madrid. The participants will discuss ways to implement the Paris climate agreement adopted in 2015.

Recommended:
The Minister of Railways resigns
Metinvest established a training simulator "Gasman of blast furnace"
China is investing in infrastructure at nearly $ 400 billion
On this topic
Because of the terrible working conditions in Ukraine die each year hundreds of people - study
The Verkhovna Rada adopted in first reading amendments to the law "On electricity market"
Изменение климата разрушит каждый четвертый мост в США
Днепроспецсталь провела кадровые ротации, которые не связаны с изменением собственника
Газ как оружие гибридной войны России: как с этим бороться?
Топ 10 цифровых трендов в мировой металлургической промышленности
Add a comment
Сomments (0)
News Analytics
Zelensky suggested Goncharuk make unbundling economy Milovanova18-01-2020, 13:45
MP Taruta said that Ukraine is in serious economic recession18-01-2020, 12:20
Zaporozhye plant of ferroalloys informed about the fulfillment of the plan18-01-2020, 11:18
Corporation "Bogdan" said the attempt of the Ukrainian authorities to bankrupt18-01-2020, 11:24
At the Ural mine found a unique emerald weighing a pound18-01-2020, 11:12
The suspension of oil production in Libya has caused extreme concern to the UN.18-01-2020, 21:32
The IMF predicts the decline of the world economy into crisis since the great18-01-2020, 16:38
In the Balearic Islands in Spain were forbidden to get drunk and jump off18-01-2020, 13:28
Prices for hot rolled steel in Europe is steadily growing18-01-2020, 11:41
Denimex is implementing in Ukraine a recovery service locks drill pipes15-01-2020, 14:36