Interpipe emphasized that the company openly advocates for the electricity market in Ukraine to be competitive, the rules of the game are transparent, and the cost of electricity is economically justified. 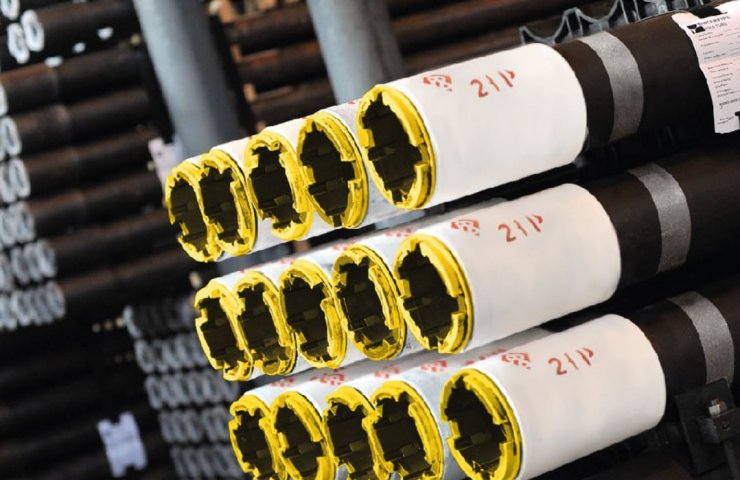 The Ukrainian industrial company Interpipe has denied information disseminated by a number of mass media regarding the sale of pipes by Naftogaz Ukrainy at allegedly inflated prices.

“A series of publications in biased and unscrupulous media on this topic is unreliable and is aimed at damaging the business reputation of Interpipe. The company connects a series of such slanderous publications with the fact that Interpipe has consistently and openly advocated an unjustified and unfair increase in electricity prices in Ukraine, "the company said in a statement, published on Friday on the official Interpipe Facebook page.

The company noted that the “slanderous publications” compare prices for disparate supplies of standard pipe products that do not have special requirements, and for supplies of special technologically complex pipes with premium connections for NJSC Naftogaz Ukraine.

“Interpipe has carried out and continues to supply NJSC Naftogaz Ukraine within the framework of competitive tender procedures. Along with Interpipe, representatives of the world's largest pipe manufacturers such as Vallourec and Voestalpine have taken part in the procurement tenders. Chinese suppliers of quality pipe products such as Tianjin Pipe Corporation, DP-Master Manufacturing Co. and Shanxi Fenglei Drilling Tools Co., Ltd. also supply NJSC Naftogaz duty-free within the framework of quotas. The Ukrainian market for pipe products has been and remains one of the most competitive in the post-Soviet space ”, - said in Interpipe.

They recalled that since April 2019, the Russian Federation has imposed an embargo on the import of all the company's products, both on oil and gas pipes, and subsequently, on railway wheels.

Interpipe considers the release of a series of such publications as a planned action, the purpose of which, through the dissemination of false information, to try to discredit the Ukrainian industrial company, which consistently and openly advocates for the electricity market in Ukraine to be competitive, the rules of the game are transparent, and the cost of electricity was economically sound.

Interpipe is a Ukrainian industrial company, a manufacturer of seamless pipes and railway wheels. The company's products are supplied to more than 80 countries around the world through a network of sales offices located in the key markets of the CIS, the Middle East, North America and Europe. In 2020, Interpipe sold 662 thousand tons of finished products, including 192 thousand tons of railway products. Railway products are sold under the KLW brand.

Recommended:
Specialists of SE "Antonov" ensured the urgent transfer of mining equipment from Australia to Brazil
ArcelorMittal Kryvyi Rih changed its net loss in 2019 to UAH 740 million in net profit in 2020
Zaporizhstal increased production of finished rolled metal products by 25% in March
On this topic
The price of electricity for Ukrainian metallurgists turned out to be twice as high as for French
Yuzhmash told whether it is possible to launch reusable rockets from the Black Sea
How the reform of the electricity market in Ukraine can lead to a collapse and what to do about it
Stopped nuclear power plants and mines. What's going on in the energy sector of Ukraine?
The energy company of Rinat Akhmetov denied the information about the overstatement of prices for
A new lawsuit for "Gazprom": what does "Naftogaz" in the Stockholm arbitration?
Add a comment
Сomments (0)
News Analytics
The capacity of the domestic steel market in Ukraine in January-March decreased19-04-2021, 10:33
In Russia, there is an exuberant demand for agricultural machinery19-04-2021, 10:24
Iran is satisfied with the reaction of the world community to 60% enrichment of18-04-2021, 13:24
Gas prices in Ukraine have reached a record value over the past two years -16-04-2021, 17:24
Ukrmetallurgprom asks the Antimonopoly Committee to allow Metinvest to bid for16-04-2021, 17:23
World Steel Association predicts a good year for metallurgists15-04-2021, 18:19
World Steel Association defines green steel and its variations12-04-2021, 13:14
China unlikely to cut steel capacity in 2021 due to high steel prices07-04-2021, 12:11
Scrap metal market at the beginning of April02-04-2021, 11:10
Rising Chinese Prices Fueled Rising Global Steel Prices - MEPS25-03-2021, 18:54
Sign in with: