the Presidents of Russia and Ukraine will hold their first direct talks in Paris at the summit with President of France Emmanuel Macron and German Chancellor Angela Merkel in an attempt to agree on ending the conflict in Eastern Ukraine. 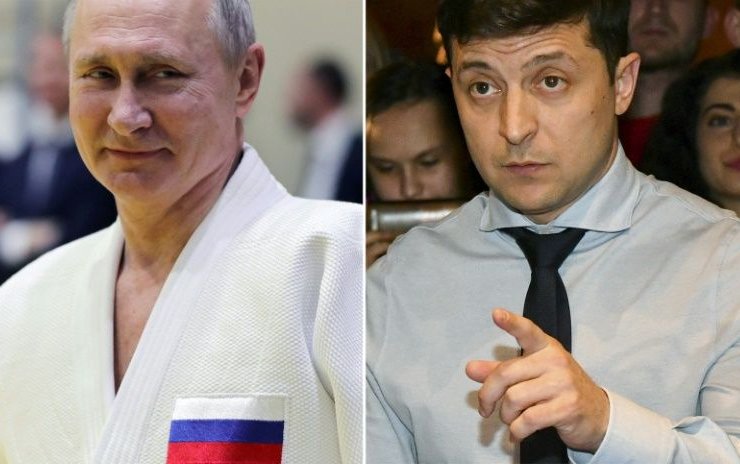 When Vladimir Putin and Vladimir Zelensky will meet on Monday in Praise, it will be the meeting of two very different presidents - one of the most influential political figures with years of experience, and the rebel-neophyte, just beginning to acquire in the course of the case, writes Saturday AFP.

For Putin it will be a chance to take further steps to reduce the isolation of Russia due to the annexation of Crimea in 2014, and by supporting the separatists in Eastern Ukraine.

For Zelensky rates are much higher: the potential end of the conflict, which devastated much of his country, led to the deaths of more than 14 000 people and the expulsion from their homes of over two million people.

After almost 20 years in power, Putin has enormous experience of struggle on the world stage. 67-year-old former KGB agent behind the growth of Russia, reviving a world authority, with growing influence from the Middle East to Latin America.

He dealt with almost the entire political opposition, at the same time maintaining the image of the tough guy with pictures of shirtless in defiance of Western criticism.

the Comedian and actor Zelensky considered at the throne on a wave of discontent to become leader of a huge country without political experience - apart from playing the President in "soap Opera".

casual and nespesso, 41-year-old actor walked from his home in Kiev to the inauguration and regularly appears without a tie.

In recent months, he met with a number of friendly leaders, but talks with Putin will his first step on the way to diplomacy world level.

Veteran against the rookie

Putin is to negotiate with the full weight of the Russian state, its power is undeniable and virtually controlled.

the Russian economy has suffered from sanctions imposed by the West, but Putin remains the head of the world diplomatic power and a major exporter of energy and the commander of one of the largest armies in the world.

Zelensky was only a few months, with the loyal, but inexperienced Parliament and nationalists, critical of any concession to Moscow.

His country is currently Europe's poorest, its economy is suffering from the five-year conflict and dependent on foreign aid.

the two presidents also involved in US policy and the impeachment process - Putin, as the alleged commander-in-chief for the 2016 elections, and Zelensky as the intended pressure from President Donald trump.

But Zelensky was more issues with attracting attention, and in recent weeks he complained of "fatigue" from scandal.

Putin might be an advantage in experience and influence, but Zelensky brings weakness in the drama.

Since he came to power promising to end the conflict in Eastern Ukraine, he made some unexpected moves, including a historic prisoner exchange and the withdrawal of some front-line forces.