Iranian Ambassador to the UN said that the European powers used the "unreliable sources" and "legacy reports" to the introduction of world misleading the public. 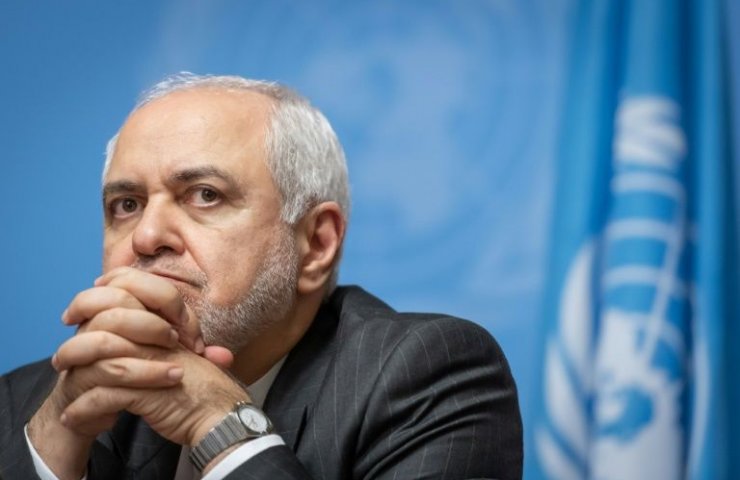 Britain, France and Germany accused Iran of developing ballistic missiles capable of carrying on Board a nuclear weapon, in the letter on Thursday, the Minister of foreign Affairs of Iran Javad Zarif has called "a desperate lie".

In a letter to the UN Secretary General Antonio Guterres, the ambassadors from the three countries stated that Iran's actions were "incompatible" with the UN resolution enshrining the nuclear agreement 2015 with Iran.

On this, the Iranian Minister on Twitter said that Europeans hide behind their own "pathetic incompetence" in the implementation of the nuclear deal and "bow to the intimidation of the United States".

the letter mentions the footage, posted on social networks in April this year during a test flight of a new version of a ballistic missile medium-range "Shabab-3", which is "technically capable of carrying nuclear weapons."

European powers also pointed out three other start this year, including the launch of a new ballistic missile of average range "Borkan-3", tested supported by Iran in Yemen on 2 August.

In a letter dated November 21 stated that the flights were "the latest in a long series of achievements in the field of technology of Iranian ballistic missiles".

In response, the Iranian Ambassador to the UN said that the European powers used the "unreliable sources" and "legacy reports" to the introduction of world misleading the public..

"Iran is determined to continue its activities related to ballistic missiles and space boosters, which are within its inalienable international rights," the letter reads.

Iran has always denied plans to develop nuclear weapons and said its nuclear program is only for peaceful energy production and medical purposes.

international deal is 2015 gave Iran relief from economic sanctions in exchange for limits to its nuclear program.

But the US President Donald trump unilaterally withdrew from the agreement in may last year and imposed sanctions against Iran.

since the outbreak of violence in Iran, caused by rising fuel prices, President Hassan Rouhani said Wednesday that he is ready to return to the negotiating table if the United States will leave the sanctions.