Who will freeze first, if Ukraine will stop the transit of Russian gas?

Gas storage filled to the max, stress tests conducted. But no one can say how long can last the situation with zero transit and how much will a cubic meter of gas to consumers after January 1. 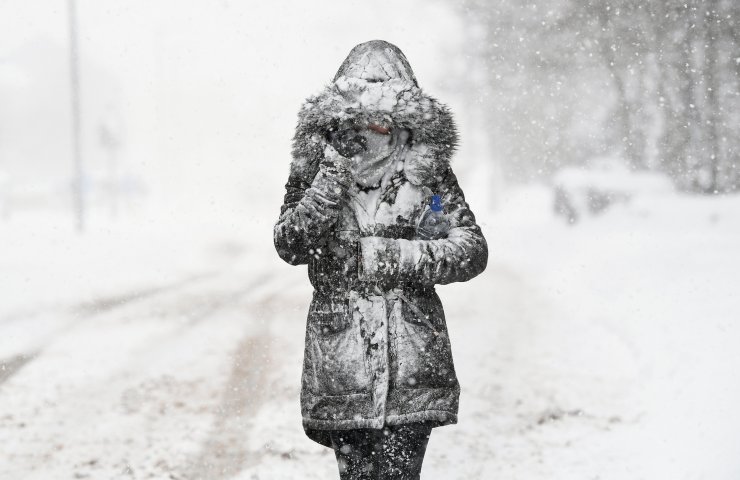 Gas talks between Ukraine and Russia is complete without concrete results. Anastasiya Zanuda BBC News from Ukraine tried to understand, who in Ukraine and abroad – will freeze first, if, before 1 January the parties did not sign a new contract for the transit?

"Ukraine this winter without transit will not freeze," - says the Minister of energy Alexey Orzhel, adding that the reserves of gas in Ukrainian storage facilities - maximum in the last few years.

as well as full, predominantly Russia's Gazprom, and the European stores. It seems that prior to the signing of the contract or until the gas spring should be sufficient.

However, no one can predict how cold will this winter, as they can increase the price of gas in the case of zero transit, and will there be enough capacity "pipe" to deliver to all consumers as much gas as needed.

goes Through Ukraine for almost half of Russian gas destined for Europe.

Most problems, as the experience of previous "gas war", which broke out due to the lack of a contract ten years ago, in January 2009, will be in South-Eastern Europe.

This States that simultaneously depend on deliveries of Russian gas delivery through Ukraine. Among them - Greece, Bulgaria, Romania, Serbia, Bosnia and Herzegovina and Moldova.

"firstly, in these countries the gas only through Ukraine, and secondly, between these countries there is still no sufficient number of interconnects, i.e., lines which connect them. Also there are no large gas storage facilities, as well as some alternative sources," - explains Dmitry marunich, co-chair of the energy strategies Foundation.

Since 2009, the EU has implemented many steps, both legislative and technical measures, in case such a situation, says Roman Nitsovych, research Director at Dixi Group.

"has Conducted stress tests, including with the scenario of no transit through Ukraine. They saw that now there are fewer problems, but they are. Obviously, we are not talking about to "freeze", but a certain portion of consumers in these countries can be disabled," - said the expert.

the Situation in the region was replaced by the "Turkish stream", which comes from Russia. But the date of its launch, and then only in Turkey, is 8 Jan next year.

But, says Mr. Marunich, "if it was not, they would there would be full seams". For example, in Bulgaria the deficit of gas in case of termination of transit through Ukraine will be about 65%.

At the time of writing news that Bulgaria accelerated pace is building its part of the "Turkish stream" and is preparing to run the gas already in the beginning of the year.

the Most difficult situation, according to experts, Moldova. It is expected that in the event of termination of transit of Russian gas, the fuel can deliver Ukraine from its storage facilities. At least on this we agree, Kiev, Chisinau and Brussels. But it is as long as the Ukrainians themselves do not feel the shortage of fuel, suggests Dmitry marunich.

But the Roman Nitsovych points to another factor: "no Technical problems, but commercial is: who will buy the gas and who pay for it".

the Expert explained that the largest gas consumer in Moldova is Transnistria, which now does not pay for the contract with "Gazprom", the debt is assigned to Moldova.

"Can we supply gas, if you do not get a fee?" - asks Roman Nitsovych.

Ukraine: the South and the East

But if the transit will not, they will decrease. If the end of winter - beginning of spring will be cold, the gas may not be enough for everyone. Besides, it takes time to raise the gas from storage and serve it to consumers.

If Russian gas runs from the Eastern to the Western border of Ukraine is about 36 hours, about the same as the need to transport it to the East of the country from gas storage facilities in the West.

Paradoxically, problems can arise in regions where is concentrated the production of Ukrainian gas to the East of the country.

"In this region - Kharkiv, Poltava, Sumy region - gas production is a particular insurance, but the region is large, - said Dmitry Marunych. - What will be on the North of the Lugansk region, not known at all".

Among the weaknesses is also the South of Donetsk region, Mariupol, where large industrial enterprises.

But, he said, as the experience of January 2009, not the most problematic point may be South of the Odessa region. Technically there might be gas in reverse from Romania, however, a practical question: will there be in the Romanian gas?

However, as recalled by the Roman Nitsovych, the termination of gas transit and price increases may be considered an emergency situation. Then will be introduced a special procedure, including restriction of consumption.

"the So-called protected consumers are domestic consumers, enterprises and organizations providing social services (hospitals, schools, kindergartens), as well as heat producers will begin to turn off last, if at all, will be off" - explains Roman Nitsovych.

And adds that in the first place, if necessary, will have to change the schedule or disable the industrial enterprise.

Финансовая аналитика, прогнозы цен на сталь, железную руду, уголь и другие сырьевые товары. More news and analytics on Metallurgprom telegram channel - subscribe to get up-to-date market information and price forecasts faster than others.
Сomments
Add a comment
Сomments (0)
On this topic
Heating season in Ukraine: where there can be problems with heat and why
Stopped nuclear power plants and mines. What's going on in the energy sector of Ukraine?
How the reform of the electricity market in Ukraine can lead to a collapse and what to do about it
The transit of Russian gas through Ukraine will continue on terms acceptable to all parties –
Gazprom reacted to the refusal of Naftogaz of Ukraine to buy Russian gas with the words "no
Ukrainian hydrogen for Europe: an image of the future or a soap bubble?
Recommended:
Ferrexpo increased its net profit by 37.1% in 2021
Coal production in China rose by 14.8% in March
Zaporizhstal reported on the first thousand tons of iron and steel smelted in April
News Analytics
Lithium mining in Chile's Atacama sparks controversy over flamingo habitat20-05-2022, 12:33
Europeans have sharply reduced the purchase of new cars20-05-2022, 08:34
Installed renewable energy capacity in China skyrockets in first four months of20-05-2022, 08:18
Martina Merz will continue to lead the German ThyssenKrupp until March 202820-05-2022, 08:50
European metallurgists criticized the plans of the European Commission to20-05-2022, 08:02
US steel market sentiment becomes more price neutral05-05-2022, 10:15
The global high-strength steel market will grow steadily by 5% annually for the04-05-2022, 08:45
China steel inventories hit 13-month high amid COVID-19 outbreak30-04-2022, 16:38
Slowdown in global auto sector affects steel prices27-04-2022, 12:36
World alumina production reaches a record 138 million tons21-04-2022, 09:54
Sign in with: