Dneprovskiy metallurgical plant is ready to fill with slag, all the roads of Ukraine 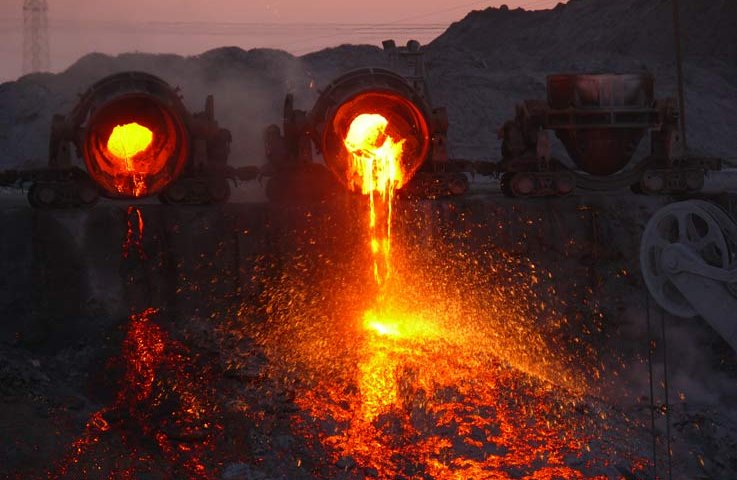 as a result of economic activities on the Dnieper metallurgical plant has accumulated about 8 million tons of slag. As told at the enterprise, in the near future metallurgical slag DMK will begin to use in the construction of roads in the Dnipropetrovsk, Zaporizhia, Donetsk, Lugansk, Nikolaev and Kirovograd areas.

Previously coalsalesthat the government of Ukraine adopted the resolution "On application of waste products in road construction". This only applies to waste relevant normative documents on environmental labelling and Declaration.

Yuri Bayrak, the chief of service of environmental control of industrial safety of JSC "DMK" explained that the toxins placed on special dumps, covering an area of 99.5 hectares.

"On the slag dump was developed and approved in accordance with legislation of the Passport disposal of wastes. According to the requirements of the decree of the Cabinet of Ministers of Ukraine "On approval of the Procedure of keeping the register of waste disposal sites" annual revision of the Passport with changes in the volume of accumulated toxins and the results of environmental monitoring of the environment, that is, laboratory studies of soil, air, and surface and groundwater," says Yu. Bayrak.

According to him, waste is not really waste, but a stable, inert material that is a perfect substitute for natural gravel. Every year the plant sells and uses in its own production, about 60% of blast-furnace and steelmaking slags, which are formed as a result of technological processes of smelting of iron and steel.

Now, according to the decision of the government in the implementation of public procurement of construction works and services for maintenance of public highways necessary to provide for the use of non-price criterion "measures to protect the environment" with its specific weight not less than 10%.

Recommended:
French Total took control of 6 Ukrainian solar power plants
China Launches Five Satellites with Long March 2D Launch Vehicle
Thyssenkrupp receives the largest order in the history of the company for the construction of 6 submarines
On this topic
On the Dnieper metallurgical plant completed the repairs of CCM-1
Metallurgical waste will be used in the construction of roads - Alexey Goncharuk
The road rolled up in the Ukrainian metallurgical slag and other wastes instead of the Russian
Running after idle blast furnace DMK gave the first 70 tons of iron
On the Dnieper metallurgical plant blew in the second blast furnace
Zaporozhye NPP specialists save their coolers from Amazonian shells
Partner news
Сomments
Add a comment
Сomments (0)
News Analytics
Azerbaijan's SOCAR plans to invest in the extraction of battery metals in26-07-2021, 22:00
The first domestic industrial energy storage system was developed and launched26-07-2021, 22:11
The profitability of purchases of scrap metal in Ukraine has decreased, but is26-07-2021, 17:27
Metinvest is ready to pay more than 9 billion hryvnia for the Dnieper steel26-07-2021, 13:01
Cherkassk Azot by Dmitry Firtash completed the modernization of the ammonia26-07-2021, 13:45
On the regional markets of metallurgical products, prices are balancing in a22-07-2021, 16:22
Demand for armaments will ensure a stable growth of armored steel sales by 4%20-07-2021, 10:10
Protectionist Measures Support European Steel Prices Despite Summer Lull19-07-2021, 11:02
Positive price growth is observed in the markets for metallurgical products16-07-2021, 14:12
European steel market is in confusion: price growth has slowed down, but no one21-06-2021, 17:40