coordination between the JSC "Ukrzaliznytsya", ports and suppliers can raise the capacity of the Railways by 30% 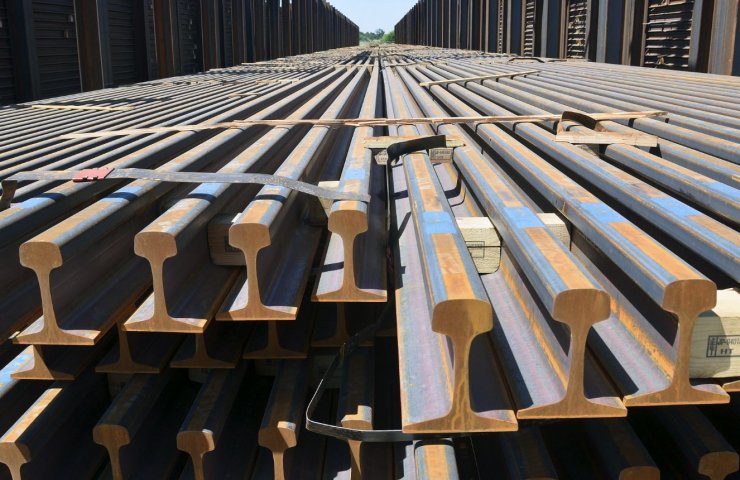 transport Efficiency production of mining and metallurgical complex (MMC) in the ports of Ukraine can be improved by a more correct price policy, in particular by conducting a week-long auction for all routes in all directions. About it the Minister development of economy, trade and agriculture Tymofiy mylovanov following the meeting on the critical situation the transportation of the products of the MMC in ports, in Facebook on Friday.

According to the report, the meeting expressed a desire to modernize the traction, and to restore in the country the plants that have it repaired and produced. In addition, they noted that a need for clearer coordination between the JSC "Ukrzaliznytsya", ports, and suppliers.

"In the words of one participant, it could raise capacity by 30%," - said the Minister.

in addition, at the meeting it was suggested that to change the situation and can cancel the land tax for Ukrzaliznytsya and the revision of some legislative initiatives.

"Why did this happen?. Because of changes in the structure of demand in global markets, and Russia's actions, became overwhelmed by the direction of the southern ports, while other areas ULTRASOUND is not used to full capacity," concluded Milovanov.

Previously, the Association of enterprises "Ukrmetallurgprom" expressed deep concern the crisis in the mining and metallurgical complex (MMC) of Ukraine, with the result that halted a number of businesses and sharply reduced the production of metal products.

the Association noted that the negative trends in the industry, only amplified, which contributes to the aggravation of the situation on foreign markets and inside the country.

it was indicated that in March 2019 Ukrzaliznytsia to raise tariffs for railway transportation (+14,2%), but for the past 8 months the problems with the provision of railway transport of goods of the MMC (over 40% of the volume of traffic on the BONDS) is not only not resolved, but also was aggravated.

According to the statement, "Ukrmetallurgprom", it happened because of the shortage of thrust and put BONDS on the background of discrimination against the majority of shippers initiatives for the carriage of goods with a high speed at a rate of +20% (although it should be +100%), significantly slowed the rate of delivery of the MMC, which are transported on General terms.

Recommended:
Tesla in Germany faced problems and it is unclear when it will be able to launch its "gigafactory"
6 people trapped in a coal mine accident in eastern China
Marubeni became interested in Ukraine's potential for the production and transportation of hydrogen
On this topic
Milovanov commented on a situation in metallurgical industry of Ukraine
Milovanov confirmed that Kharkiv Energostal bankrupt intentionally
Turboatom will not sell in turbo mode - Milovanov
Ukraine needs 16 billion dollars of investment in infrastructure and grain storage
Ukrzaliznytsia puts 100% of all orders of services in freight transport in ProZorro
4 things that are of interest to potential investors, according to the Ministry of Economic
Add a comment
Сomments (0)
News Analytics
Metallurgical Plant "Zaporizhstal" performed overhaul of blast furnace No. 422-06-2021, 18:05
Since the beginning of the year, Ukrzaliznytsia has sold scrap of non-ferrous22-06-2021, 16:30
15 people detained due to an accident at an iron mine in China's Shanxi province22-06-2021, 15:38
World steel production soars to record 174 million tonnes in May22-06-2021, 13:28
The first train from Europe to China brought 82 Audi A8Ls22-06-2021, 13:58
European steel market is in confusion: price growth has slowed down, but no one21-06-2021, 17:40
Vaccinations fuel demand for platinum - World Platinum Investment Council08-06-2021, 12:55
Sharp price growth continues in the rolled metal market - Ukrpromvneshexpertiza08-06-2021, 11:04
Analysts note overheating of the global scrap metal market01-06-2021, 13:28
Hydrogen-fueled steelmaking could be competitive after 2050 - McKinsey19-05-2021, 14:22
Sign in with: