in KryukovVagonostroitelny plant said about the intentions of the railway monopolist to abandon the purchase of domestic trains. 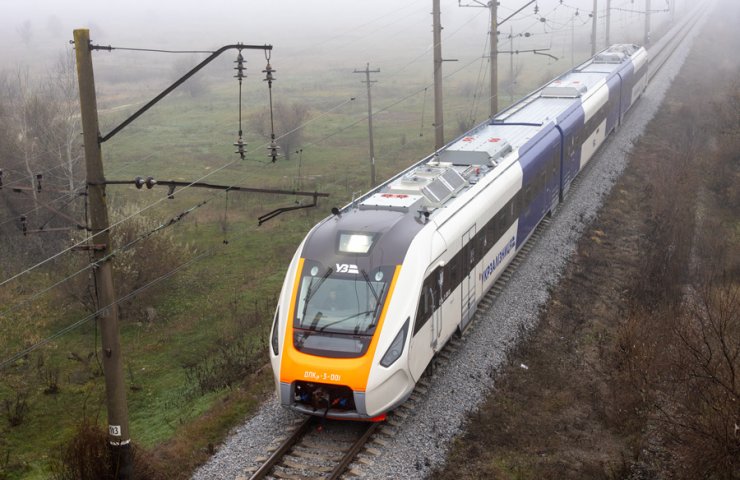 Ukrzaliznytsia filed a claim to reduce the volume of purchases from six units to one, which means the cessation of supply and the complete elimination of diesel trains for procurement in 2020, said in a press-service of JSC "kvsz" (Kryukov railway car building works, Kremenchug).

"In accordance with the agreement signed in August 2018, kvsz should make for uz six of these trains. However, the BONDS only purchased one in 2019. The remaining five diesel trains - not even in the draft financial plan of Railways for 2020", - told at the enterprise.

In late January, the specialists of PJSC "kvsz" has held a number of meetings with the leadership of the branch Ukrzaliznytsya "Ukrainian railway speed company", in particular its Director Sergei Lasucom on the organization of service diesel trains GPCR-3.

Now signed a temporary contract of maintenance of the new diesel trains and power plants (engines). The terms of the agreement provided by the service volumes to-1, to-2 and-3. It is planned that these works will be performed by the specialists of the Kiev service center of PJSC "kvsz" with the involvement of representatives of the company Voith.

In kvsz stressed that the agreement is temporary and maintenance issues the diesel train to the end of the year is not yet resolved.

Diesel train GPCR-3 Krukovka carriages runs along the route between the Central train station, Kiev international airport Borispol and as of February 10, 2020, the total mileage was 25 km. 002

In mid-January proper use of announced a contest for the best name for their new diesel trains. To encourage the participants of the competition the factory installed premium. The author of the name, which will be the winner and will be applied to new products, will be included in the labelling - the first prize of 5,000 hryvnias. The other four best proposals will be awarded incentive prizes of UAH 500 each.

Recommended:
Localization of production of electric cars and charging stations started in Ukraine
US State Department failed to propose new sanctions against Nord Stream 2 - Bloomberg
Automotive production in Ukraine began the year with a fall of 29%
On this topic
Kryukovsky railway car building works asked to come up with a name for the new diesel trains
Ukrzaliznytsia plans to purchase in 2020 of 26 new passenger cars
Railways in 2020 will buy the 40 locomotives General Electric
Ukrzaliznytsia on Friday will launch a new diesel train on the route Kyiv Boryspil Express
New diesel train of Ukrainian production drove through the gates kvsz
Top Manager kvsz called calls privacy office minifrastruktury to Hyundai "unpatriotic"
Add a comment
Сomments (0)
News Analytics
At the Yaroslavsky metallurgical plant in the Dnieper began to pay for new04-03-2021, 14:39
Novokramatorsk Machine Building Plant strengthens its position in the national04-03-2021, 14:44
ArcelorMittal Kryvyi Rih started hot tests of sinter machine No. 2 after04-03-2021, 14:37
Chinese researchers develop soft robot for deep sea exploration04-03-2021, 13:19
Lufthansa has a record loss of 6.7 billion euros in 202004-03-2021, 13:48
Spread between raw materials and high strength alloy steel in Europe increased01-03-2021, 20:21
Increase in prices is forecasted in the markets of steel raw materials -26-02-2021, 09:25
Troy ounce of gold will drop $ 500 in two years - Fitch25-02-2021, 18:29
Global iron ore production growth to outstrip cumulative production in India23-02-2021, 10:22
Fitch Ratings Warns of “Shocking Impact” on Fossil Fuel Exporters18-02-2021, 14:44
Sign in with: