the Railroad invited the media representatives to participate in the event and to travel the new train. 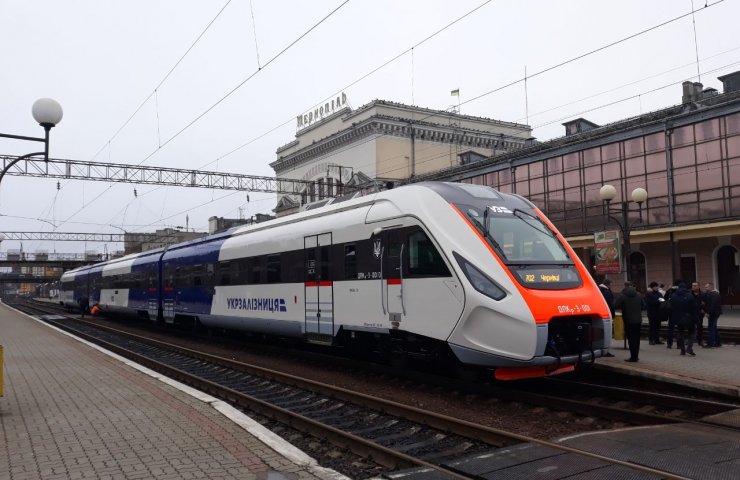 Friday, December 27, Ukrzaliznytsia will launch in the first flight of a new diesel train of Ukrainian production on the route Kyiv Boryspil Express.

the New train made Dpcr-3 Kryukovsky car-building plant (kvsz) for use on the route between Kiev and the International airport "Borispol". It consists of three cars and has 170 seats and 2 spaces for wheelchair users. Seat width at widest part not less than 490-500 mm, they are equipped with individual power sockets with USB connectors.

17 December of the current year, kvsz worked the interdepartmental Commission, which recommended that diesel train GPCR-3 for operation with passengers, and also gave permission for the release party of such trains in the amount of 6 units.

25 December new diesel train arrived in Kiev and is now on TPN "Darnitsa".

Previously it was about the delivery of Ukrzaliznytsya six diesel trains kvsz. Later it became known that UZ will be able to buy in 2019 only one such train. The draft financial plan of JSC "Ukrzaliznytsya" for 2020 purchase of any regional diesel trains are planned.