Metinvest has suspended the Italian companies

in addition, there is the option to stop blast furnace №3 at PJSC "Azovstal" and postponement of the launch is stopped for capital repair of blast furnace No. 4 at Ilyich iron and steel works and No. 4 at Azovstal. 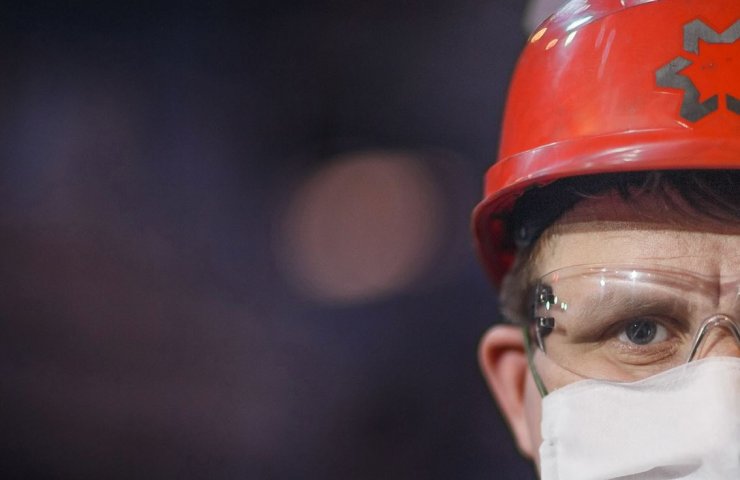 Metinvest has suspended the work of two of its erratic companies in Italy. This decision was made in connection with the pandemic virus COVID-19 and to the requirements of the Italian government on the suspension of the metallurgical enterprises of the country.

Italian factories of the Group Ferriera Valsider and Metinvest Trametal to counter the spread of the virus closed until April 3, 2020. It is expected that in the stop period, the volume of production at these plants will decrease up to 40 thousand tons. The group does not exclude that the Italian government may impose additional restrictions on the operation of enterprises of the metallurgical industry in which the restrictions on all or the major part of the operating processes at Ferriera Valsider and Metinvest Trametal will be renewed. At the same time, the presence of the warehouses of enterprises semi-finished products will quickly resume the normal rate of work immediately after release from quarantine if there is demand for steel.

In the case of extension of the restrictions in the Italian factories, and the continuing instability in the European market, Metinvest expects the production decline and its Ukrainian plants – first and foremost, on "Azovstal". The group is considering a complete stop slab production at this plant.

in addition, there is the option to stop blast furnace №3 at PJSC "Azovstal" and postponement of the launch is stopped for capital repair of blast furnace No. 4 at Ilyich iron and steel works and No. 4 at PJSC "Azovstal" (April-may). In turn, the "Zaporizhstal" steel works (joint venture) does not preclude the postponement of the launch of blast furnace No. 5 after a planned renovation. A final decision on the launch of the furnaces, the work will be based on availability of orders in April and current world situation.

Excessive amounts of iron ore produced in mining and processing plants of the Group in Krivoy Rog because of the possible decline in iron production, will be aimed at traditional markets – particularly in China.

Финансовая аналитика, прогнозы цен на сталь, железную руду, уголь и другие сырьевые товары. More news and analytics on Metallurgprom telegram channel - subscribe to get up-to-date market information and price forecasts faster than others.
Сomments
Add a comment
Сomments (0)
On this topic
Metinvest's Italian enterprises reopened
Metinvest closes its first securitization deal
Metinvest Trametal has attracted funding for the modernization of their assets
Ukraine accepted the offer of the Mask on the free ventilators
Financial Times included Metinvest Trametal in Europe's Climate Leaders rating
Time magazine named ecoactivists Greta Thunberg's man of the year
Recommended:
IREPAS: The global long products market is in a "dramatic situation"
The destruction of the dam of the Kyiv hydroelectric complex will not be a disaster - Ukrhydroenergo
ArcelorMittal raises European steel prices on rising energy prices
News Analytics
Ukrainian court invalidated sale of Ferrexpo Plc shares in 200222-09-2022, 12:45
EU Commission not doing enough to save aluminum industry - associations21-09-2022, 11:07
Steel market in Europe expects big production cuts due to weak demand20-09-2022, 11:13
Ford warns investors to cut car deliveries due to parts shortages20-09-2022, 10:43
The price of lithium resumes insane growth after Elon Musk's remarks20-09-2022, 10:54
China production cuts in winter will give limited boost to steel markets -15-09-2022, 10:09
Steel prices may rise as manufacturers stop production11-09-2022, 14:06
IREPAS: The global long products market is in a "dramatic situation"10-09-2022, 20:49
Steel prices are unlikely to rise significantly in the near future - analysts02-09-2022, 22:58
Steel prices may move up on new data from China31-08-2022, 12:19
Sign in with: