the size of the stimulus package for the Japanese economy will be about 108 trillion yen, while government will spend more than 6 trillion yen in payments to households and businesses. 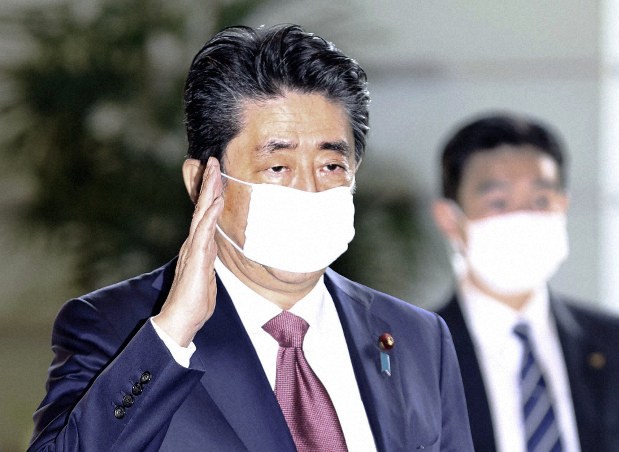 the Government of Prime Minister Shinzo Abe promise to take "all steps", which covers fiscal, monetary and tax policies, to counter the deepening effects of coronavirus as part of a package of incentives that will be adopted on Tuesday, says the draft document seen by Reuters.

Abe said on Monday that the package size will be about 108 trillion yen, while government will spend more than 6 trillion yen in payments to households and businesses.

Abe earlier promised to develop "an unprecedented" stimulus package in response to the global downturn caused by the pandemic, which exceeds the size of the package adopted after the financial crisis of 2009, for a total of 56 trillion yen ($514 billion), while budget expenditures totalled 15 trillion yen.

the document pandemic called "the biggest crisis" with which the world economy has faced since the Second world war.

Number of cases of infection with coronavirus in the world exceeded 1 million, and the number of victims is more than 64 000. In Japan on Monday, there were about 3,500 cases and 85 deaths. The number of new cases continues to grow, especially in Tokyo.

Abe made the possibility of introducing a state of emergency in the seven prefectures for the period of about a month, but said that the measures are not as stringent as in some foreign cities. A spending plan involves subsidizing households with children, payments to small and medium-sized firms to help them to continue to work, as well as measures allowing them to borrow at zero interest and without collateral from private financial institutions.

financing package, the government will issue bonds to cover the deficit, which will further increase pressure on the country, a duty which more than twice exceeds the size of the economy 5 trillion dollars.

Финансовая аналитика, прогнозы цен на сталь, железную руду, уголь и другие сырьевые товары. More news and analytics on Metallurgprom telegram channel - subscribe to get up-to-date market information and price forecasts faster than others.
Сomments
Add a comment
Сomments (0)
On this topic
Japan will be carbon neutral by 2050 - Prime Minister's statement
How the reform of the electricity market in Ukraine can lead to a collapse and what to do about it
In Nissan have announced falling sales in Europe and Russia by 20%
Japan has slipped into recession, is preparing for a severe recession in postwar history
World economy will grow by 5.6% this year - OECD forecast
Japan will offer interest-free loans to small and medium-sized companies
Recommended:
Swedish court authorizes construction of steel mill for the first time in 50 years
Rusal filed a claim for a 20% refund in the Queensland Alumina alumina refinery of the Rio Tinto concern
Steel production in Russia will fall by at least 15% - the opinion of market participants
News Analytics
The United States refused to impose duties on Russian metals and increase02-07-2022, 09:05
Daimler Truck began testing Actros tractor on liquid hydrogen02-07-2022, 08:54
Volvo invests $1.25 billion to build electric vehicle plant in Slovakia01-07-2022, 18:17
Swedish court authorizes construction of steel mill for the first time in 5001-07-2022, 11:09
AvtoVAZ plans to produce at least 400,000 vehicles in 202301-07-2022, 11:29
High iron ore shortage could halt metallurgy's green transition28-06-2022, 14:02
Price volatility hits global steel market27-06-2022, 19:28
Recovery in China could be key to rising global steel prices - MEPS24-06-2022, 14:00
Conflict in Ukraine spurs Europe's drive for clean energy03-06-2022, 12:14
US steel market sentiment becomes more price neutral05-05-2022, 10:15
Sign in with: