In March the Ukrainian automotive industry produced 288 units of vehicles

Despite the increase in production relative to the February year-on-year decline was impressive 46 percent. 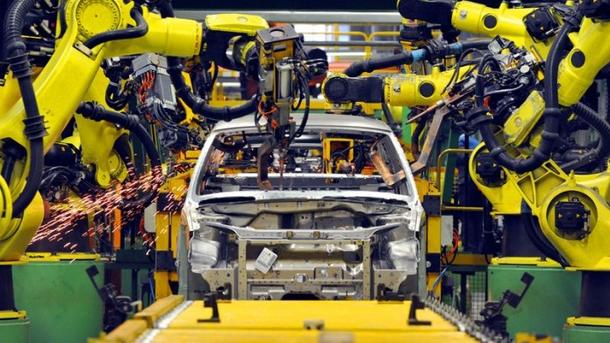 In March in Ukraine was produced 288 units of motor vehicles. Despite the fact that such a result was 28% better than February, relative to March of last year, production of vehicles in Ukraine fell by more than 46 percent.

According to preliminary data of the Association of manufacturers of vehicles Ukrautoprom in March, the market leader remains the Eurocar plant, which continues to form all the statistics in the automobile segment. However, it has reduced production by 44% to 246 cars. On February the company showed a positive trend – plus 68.5 percent.

Production of commercial vehicles (excluding AvtoKrAZ, which ceased to disclose information about their production from August 2016) remained at the February level – 2 units, which is 2 units less than in March last year. Both cars were manufactured at the plant "Cherkassy bus".

Also in March, Ukrainian automakers released 40 buses, which is 55% less than a year ago and 48% less than in the previous month.

Just in the first quarter of 2020 in Ukraine was collected 1365 units of motor vehicles, nearly 22% less compared to the same period of 2019.

Recommended:
IndustriALL calls on the Ukrainian government to take immediate action on the situation at VostGOK
The most popular car in Ukraine was Toyota, sales of which increased by 25%
World's third largest platinum producer may be hit by unrest in South Africa
On this topic
Ukrainian car industry started the year with the fall
World steel production in November decreased by the percentage
Ukraine reduced production of cars by 40% per month
Ukraine is losing the pace of car production
World steel production in September fell by 0.3%
Mechanical engineering remains the locomotive of industrial production growth in the Donetsk region
Partner news
Сomments
Add a comment
Сomments (0)
News Analytics
Ukroboronprom confirmed the intentions of Antonov State Enterprise to start25-07-2021, 11:15
Gazprom reacted to the refusal of Naftogaz of Ukraine to buy Russian gas with25-07-2021, 11:00
Iron ore has become a strategically important raw material for defense -24-07-2021, 11:06
Vietnam overtook Ukraine in the world ranking of steel-producing states24-07-2021, 11:38
Port "Yuzhny" has set a record for the speed of loading pig iron on a ship24-07-2021, 10:10
On the regional markets of metallurgical products, prices are balancing in a22-07-2021, 16:22
Demand for armaments will ensure a stable growth of armored steel sales by 4%20-07-2021, 10:10
Protectionist Measures Support European Steel Prices Despite Summer Lull19-07-2021, 11:02
Positive price growth is observed in the markets for metallurgical products16-07-2021, 14:12
European steel market is in confusion: price growth has slowed down, but no one21-06-2021, 17:40